Our 3rd  Survivor Stories interview is with PC Cast from the USA.

#1 NY Times and #1 USA Today bestselling author PC Cast is a survivor of rape. With more than 20 million books in print in over 40 countries, she writes multiple bestselling YA series. PC is a member of the Oklahoma Writers Hall of Fame. Her novels have been awarded the prestigious: Oklahoma Book Award, YALSA Quick Pick for Reluctant Readers, Romantic Times Reviewers’ Choice Award, the Prism, Holt Medallion, Daphne du Maurier, Booksellers’ Best, and the Laurel Wreath. PC is an experienced teacher and talented speaker. Ms. Cast lives in Oregon near her fabulous daughter, her adorable pack of dogs, her crazy Maine Coon, and a bunch of horses.  When she isn’t writing she can be found at her favorite yoga studio, or hanging out with her daughter and a close group of friends.  She loves travel, craft beer, good wine and awesome vegan food – not necessarily in that order. Ms. Cast’s picture is (c) Stark Photography. 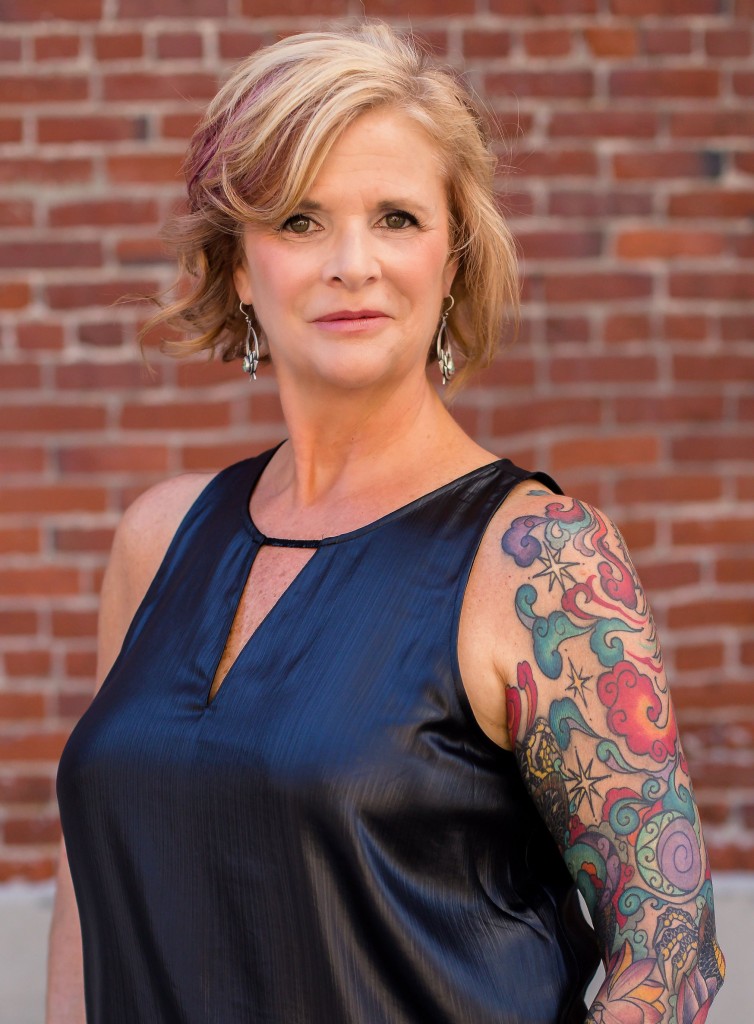 When I was thirteen I was raped by an eighteen-year-old young man.  He and I had been “dating.”  I put that in quotes because at thirteen I was too young to be allowed to date.  The night he raped me I was staying with an adult friend of the family while my father, who was a coach, was out of town with his team.  The friend worked nights, which was when Alan stopped by her apartment to say hi and hang out with me.

First he kissed me, which I remember thinking was fun.  As he kept doing more – reaching under my shirt, undoing my jeans – I asked him to stop.  He paid no attention to anything I said. When he forced off my pants I tried to stop him.  He said something I’ll never forget: “Oh, please.  Like you’re a virgin?”  I was dumbfounded.  I didn’t know what to do.  I’d already said no.  He was twice my size.  I was terrified and I remember freezing and being unable to speak or move while he was raping me.  I also remember he got pissed when he had to force his way inside my body saying sarcastically, “So, you’re not even going to help me out here a little?”

When he was done I told him I had to go to the bathroom.  He let me up and I went into the bathroom, locked the door, and took the hottest bath I could stand.  He was in the living room.  By that time, because there was blood all over him, he called through the door to ask if I was okay.  I don’t think he thought he’d done anything wrong.  He certainly didn’t act like it.

Eventually he left because he knew the woman I was staying with would be home from work soon.  I saw him once after that.  He tried to rape me again, but we were in public and my father was waiting down the street for me, so it was easy for me to get away from him.  Alan wasn’t from my town, and back in 1973 the world was much bigger.  I never saw him again.

It was 1973.  There was no such thing as “date rape.”  I blamed myself.  I believed I was broken.  I didn’t tell anyone what happened – not the adult friend when she came home; not my father (he raised me); not any of my friends.

I spent the next several years being promiscuous.  My thought process was, “I’m broken, so why not?”  Now I understand I was trying to take my power back by being the aggressor in sexual situations.  I loathed myself.

I didn’t begin to heal until I was in my late twenties.  I had to grow up enough to understand that what had happened wasn’t my fault – I hadn’t asked for it – I hadn’t deserved it just because I allowed my “friend” to come over unsupervised.  When I realised that I began to get help.  I went to a therapist and I finally started talking about what happened, and that is when I truly healed.

It sounds like we should know that.  It seems we should all be aware, but when it happens to you, everything you know changes.  So, we need to sound our empowered yawps from the rooftops of the world as we shout: IT IS NOT YOUR FAULT HE ABUSED YOU.  YOU ARE NOT BROKEN – HE IS.  WE SUPPORT YOU.  WE LOVE YOU.  WE WILL LISTEN TO YOU.  WE WILL BELIEVE YOU.

Say it over and over again, and don’t let any women – young or old – shoulder the fault of a patriarchal society’s apathy.

The only way we can end violence against women is to end the patriarchy.  As long as men rule – in politics, in corporate America, in positions of power – women will continue to be abused because MEN ARE NOT MADE TO FACE THE CONSEQUENCES OF THEIR ACTIONS.

Over and over again the media shows us examples of men who are convicted of rape, only to receive mere slaps on the wrist because their lives could be ruined.  THEY SHOULD BE.  The Good Ol’ Boys’ club is alive and thriving, especially with Trump as President. Men don’t hold each other accountable for their bad behaviour, so women must.  Until more women are in power this ideology will continue.

As Martin Luther King, Jr said so eloquently in his Letter From Birmingham Jail: “We know through painful experience that freedom is never voluntarily given by the oppressor; it must be demanded by the oppressed.”

We must demand our freedom from the patriarchy.

Because I support the empowerment of women.

Editor’s note: Watch PC and her daughter Kristin talk about feminism, surviving rape, and eradicating violence against women in our Read For Pixels Google Hangout recording below.