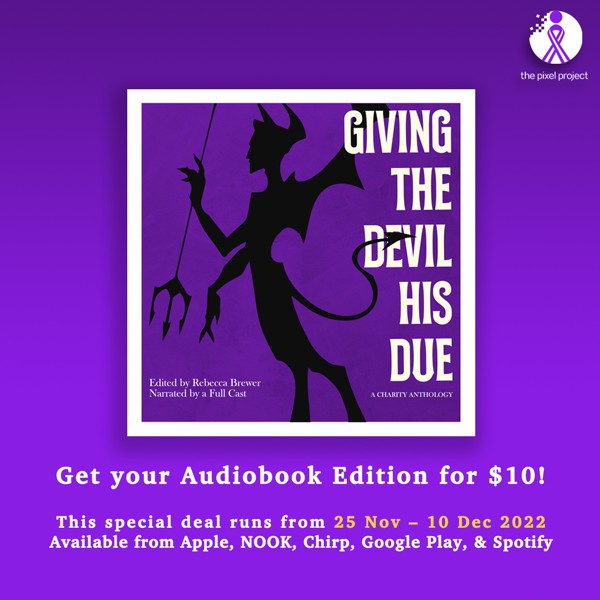 The Pixel Project is proud to announce the upcoming release of the audiobook of Giving The Devil His Due, their first charity short story anthology under their Read For Pixels programme, which will be available starting October 2022 via major audiobook platforms worldwide. All net proceeds from the sales of the audiobook will go towards supporting The Pixel Project’s anti-violence against women programmes, campaigns, and resources.