Welcome to the Read For Pixels “Meet The Authors” section where you can learn more about the award-winning bestselling authors who will be taking part in the 9th annual International Women’s Day Edition (2023) of the Read For Pixels campaign. They are listed in alphabetical order below. ALISON LITTLEWOOD’s first novel, A Cold Season, was a Richard and Judy Book Club pick. Other titles include Mistletoe, The Hidden People, The Crow Garden and The Unquiet House. She wrote The Cottingley Cuckoo and the forthcoming The Other Lives of Miss Emily White as A. J. Elwood. CHLOE LIESE writes romances reflecting her belief that everyone deserves a love story. Her stories pack a punch of heat, heart, and humor, and often feature characters who are neurodivergent like herself. When not dreaming up her next book, Chloe spends her time wandering in nature, playing soccer, and most happily at home with her family and mischievous cats. She is the author of the self-published Bergman Brothers series, and Two Wrongs Make a Right, her traditional publishing debut with Berkley. 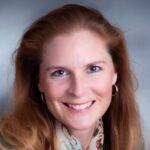 USA Today bestselling author KAREN ODDEN received her PhD in English from NYU, writing her dissertation on Victorian literature, and taught at UW-Milwaukee before writing fiction. Her award-winning mysteries are all set in 1870s London. Her fifth, Under a Veiled Moon (2023), featuring Michael Corravan, a former thief turned Scotland Yard Inspector, has been nominated for a Lefty Award. She divides her time between Phoenix, Arizona and Park City, Utah. 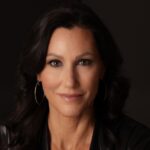 KIMBERLY BELLE is the USA Today and internationally bestselling author of eight novels, including The Personal Assistant (11.29.22), The Marriage Lie, a Goodreads Choice Awards semifinalist for Best Mystery & Thriller, and the co-authored #1 Audible Original, Young Rich Widows. Her books have been published in more than in a dozen languages and have been optioned for film and television. A graduate of Agnes Scott College, Belle divides her time between Atlanta and Amsterdam.

Talia will be doing a live discussion and Q&A for her Read for Pixels YouTube Session at 8.30pm ET, on March 25th, 2023 (Saturday). 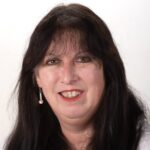 LIZ WILLIAMS writes science fiction and dark fantasy including the Fallow Sisters series and the Detective Inspector Chen series. Her novels are published by Bantam Spectra and Open Road in the USA and by Tor Macmillan and New Con Press in the UK. She has published a book on the history of Paganism in Britain, Miracles of Our Own Making, Modern Handfasting with Llewellyn, and is working on a new book on folklore. 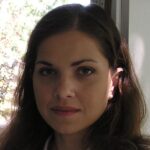 MIMI MATTHEWS is a USA Today bestselling author who writes both historical nonfiction and award-winning proper Victorian romances. Her novels have received starred reviews in Publishers Weekly, Library Journal, Booklist, Kirkus, and Shelf Awareness, and her articles have been featured on the Victorian Web, the Journal of Victorian Culture, and in syndication at BUST Magazine. In her other life, Mimi is an attorney. She resides in California with her family, which includes a retired Andalusian dressage horse, a Sheltie, and two Siamese cats. 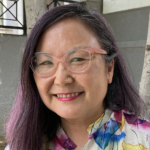 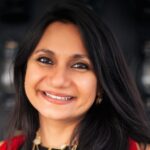 SONALI DEV is a USA Today bestselling author who writes stories Mindy Kaling calls “hilarious and heartwarming.” Her novels have been named Best Books of the Year by Library Journal, NPR, the Washington Post, Kirkus, Buzzfeed, and PopSugar. She has won numerous accolades, including the American Library Association’s award for best romance, the RT Reviewer Choice Award, multiple RT Seals of Excellence, has been a RITA® finalist, and has been listed for the Dublin Literary Award. She lives in Chicagoland with her husband, two visiting adult children, and the world’s most perfect dog. SWATI TEERDHALA is the author of The Tiger at Midnight series, which has appeared on both Barnes and Noble and Book Riot’s Most Anticipated Novels lists. After graduating from the University of Virginia with a BS in finance and BA in history, she tumbled into the marketing side of the technology industry. She’s passionate about many things, including how to make a proper cup of tea, the right ratio of curd-to-crust in a lemon tart, and diverse representation in the stories we tell. She currently lives in New York City. 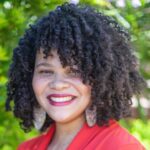 THERESE BEHARRIE is a South African romance author of several acclaimed novels who takes pride in writing diverse characters and settings. Her books are often recommended for their heart and banter. She lives in Cape Town with her husband, her inspiration for every hero, and two adorable baby boys. Vanessa will be doing a live reading and Q&A for her Read for Pixels YouTube Session at 8.30pm ET, on March 18th, 2023 (Saturday).

The Read For Pixels Panel Sessions 2023 ANGELA YURIKO SMITH is an American poet, Stoker-nominated author and co-publisher of Space and Time magazine, a publication that has been printing speculative fiction, art and poetry since 1966. Join our Flash Battle leagues, compete as an Iron Writer and help raise an Exquisite Corpse at SpaceandTime.net.

KATE FORBES is the winner of four Earphones Awards for audiobook narrating. After graduating from Sarah Lawrence College, where she was active in theater, she completed an MFA at New York University School of the Arts. With this training, she launched into a successful acting career including winning a Theater World award for her Broadway debut as Lady Teazle in The School for Scandal. She has worked extensively both On and Off Broadway, in regional theaters and on national tours.

Kate is the narrator of Just Us League by Angela Yuriko Smith.

Learn more about Kate at https://www.bretadamsltd.net/content/client/female-actors/kate-forbes/ 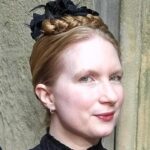 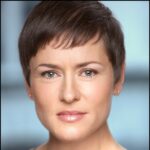 CYNTHIA FARRELL has been a musical theater singer and recording artist all of her life and has been performing off-Broadway since coming to New York to receive her BFA from NYU’s musical theater department.  Her award-winning career spans audiobook narration, commercial voiceover and video game voiceover and she has developed a fan base for playing “Catalina” in the Grand Theft Auto game series.  In her audiobook narration, she is known for her portrayal of strong female characters; her uniquely clear, strong, mellifluous singer’s tone and diction; and her voice work in both English and Spanish. She has recorded approximately 200 audiobooks spanning all genres.

Cynthia is the narrator of Escape from Pleasant Point by Leanna Renee Hieber.

Learn more about Cynthia at https://www.cynthiafarrellnyc.com/