Every day that we are alive is yet another step in the long journey that we have undertaken as part of the global movement to end Violence Against Women across countries, cultures and societies.

Every month that we continue to work our mission to raise awareness, funds and volunteer power is yet another building block in our ongoing commitment to the anti-VAW movement, our sister and brother anti-VAW activists and the women and girls who survive gender-based violence.

Every year that we mark is a small miracle because who knew that a single project that began as a lightbulb moment in a shower, would become an independent 501(c)3 nonprofit running a whole range of campaigns four years later? As with so many start-up charities/nonprofits/social enterprises, we have our growing pains but we are still here.

In the light of a world where atrocities such as the Delhi Gang Rape can happen and where women’s safety and lives are used as political football by politicians from the United States to Afghanistan, that we – and all our sister anti-VAW nonprofits – are still here and pushing on, is what matters.

Our fourth birthday also marks the fourth year in which we continue to work to get our flagship Celebrity Male Role Model Pixel Reveal ( in aid of the National Coalition Against Domestic Violence and other anti-VAW nonprofits) off the ground. As is typical for any groundbreaking idea, what was meant to be a one-year campaign has become a multi-year project with a lengthy beta period as we push towards getting the technology back-end of the project sorted. It has been a long and winding learning curve as we learned about online payment processors, working with programmers, engineers and celebrities and the biggest lesson of all: having patience and not rushing something before it is ready to go.

There were Bumps In The Road for The Pixel Project in 2012 including amicably parting ways with a partner; unforeseen or ongoing delays in certain areas of campaign/project development; and learning about unexpected shortcomings of our organisation (and how to handle them). These ‘Bumps’ are an expected part of our development as a nonprofit social enterprise – a reminder that the journey is just as valuable as the destination. We are in the business of changing the world and it is no surprise that, as an organisation, we encounter our fair share of change too. If there is one thing we have learned as we get through our start-up years, it is that we have to roll with the problems, circumstances and changes that crop up… and learn to make lemonade out of lemons instead of letting it sour us. 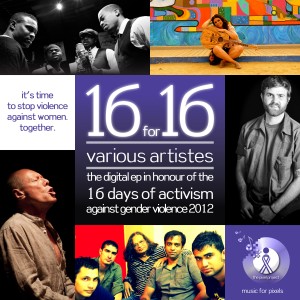 However, positive breakthroughs definitely outweighed the negative in 2012 with “New” being the operative word:

Campaigns such as Paint It Purple, Portraits For Pixels, Music For Pixels, the Twitter Tag Team and our Facebook page continue to slowly build capacity and strength while raising funds for our work to get the Pixel Reveal campaign out of beta and off the ground: So what does 2013 hold for The Pixel Project? Here are of some of the highlights that you can look forward to in 2013:

We hope you are as excited as we are about 2013 and if you want to get involved with any of these campaigns, we certainly welcome more volunteers and pro bono professionals joining us on our journey towards ending violence against women. Just fill in the volunteer application form and we’ll get back to you!

If you prefer to donate, you can donate directly to us to help us with our campaign and project expenses.