Skip to content
Home > 16 Days of Activism > Activism 101: 16 Ways to Speak Up and Break the Silence
“In the End, we will remember not the words of our enemies, but the silence of our friends.”
– Martin Luther King, Jr. 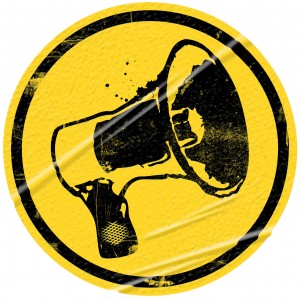 One of the most effective ways of bringing about change when it comes to stopping violence against women, is to speak up and speak out.

That seemingly simple act of speaking up becomes one that is supremely difficult for many people when they are asked to do it to prevent, stop or testify to violence perpetuated against the women and girls in their lives because:

To speak up to prevent violence means acknowledging that people you know and the culture you live in may be the ones committing the violence against women.

To speak up to stop violence against women oftentimes means confronting the fact that the violence exists through someone you know or the culture you live in.

To speak up to testify about an act of violence against women may mean coming up against your culture, and even your loved ones or friends.

How many of us have not spoken up when we know and see our mothers, sisters, daughters, nieces, aunts, friends and co-workers are facing or have faced domestic violence, rape, female genital mutilation, street harassment or any other type of gender-based violence?

How many of us have retreated or are shocked into silence when we see the bruises, the drastic change in personality and even the broken bones staring us in our faces?

How many of us think: “It’s not my business” and just tune out the screams or hurry on by without even dialling 911 (or the police/emergency services in our respective countries)?

We at The Pixel Project and all our bethren working to end violence against women say: “To sin by silence when we should protest makes cowards of (wo)men“. 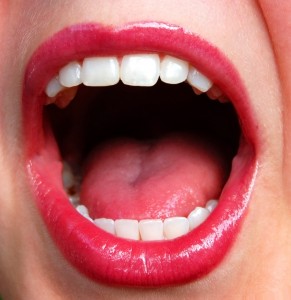 In today’s post marking the 5th day of the 16 Days of Activism, The Pixel Project presents 16 ways of speaking up to break the silence surrounding violence against women:

Speak Up 1: Seize the ‘teachable moment’. When violence against women makes the news, such as the Roman Polanski scandal, Time magazine’s remarkable cover portrait of ‘Bibi’ Ayesha and Mel Gibson’s abusive recordings, use those news as a conversation point with your friends, your family and even your kids.

Speak Up 2: Share it. If you are a survivor or someone who witnessed violence against women in your family or workplace, don’t sweep it under the rug or just talk to your therapist about it. When you are ready to do so, share your story with others to show them that they are not alone and that it is possible to escape and leave the violence behind.

Speak Up 3: Tweet It. If you are on Twitter, it takes just a click of a mouse to tweet a news story or statistic about violence against women. Not sure where to get this information? You can either Google for it or follow nonprofits working to end violence against women such as The Pixel Project (@pixelproject) and retweet their informational tweets.

Speak Up 4: Go Artistic. If you are an artist or artisan, use your art form to break your silence – draw it, paint it, carve it, mould it, weave it. Use your art to amplify your voice, then exhibit it online or offline to raise awareness.

Speak Up 5: Blog It. Not comfortable verbally speaking up against violence against women? Write a blog post about it. Not comfortable blogging directly about the violence you personally witness? Use a news story as a springboard for discussing your personal opinion about it – it doesn’t have to directly reference your life but use the story as a vehicle for expressing your feelings.

Speak Up 6: YouTube It. If you don’t work in broadcasting but would still like to have your voice heard by an audience, consider recording your stand against violence against women and posting it on YouTube. Not sure where to begin? Try The Pixel Project’s Wall of Support programme where you will be joining a chorus of voices from around the globe speaking out against violence against women.

Speak Up 7: Set it to Music. Are you a singer? A songwriter? A musician? Write and perform uplifting, honest songs about violence against women. Help spread the message of change and hope to your listeners and fans.

Speak Up 8: Broadcast It. Do you work in broadcast television or your local radio? Push for educational content about preventing and raising awareness about violence against women to be included in the programming. It could take the form of a public service announcement, interview slots for local activists or even just playing songs standing up to the issue during your shift. 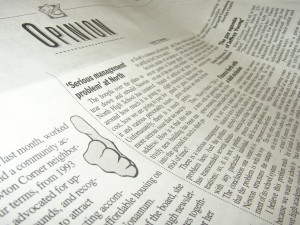 Speak Up 9: Get it Published. Are you a writer or a poet? Write and submit an OpEd or article to your local newspaper. Write a poem about the violence and how you feel about it… then share it online on suitable online forums, blogs and websites.

Speak Up 10: Write a Letter. Tired of seeing content and images that promotes violence against women in the media? Write a letter to the company/producer/director/artiste concered to express your concern and outrage.

Speak Up 11: Start a Petition. Feeling outraged about any act of violence against women in your community or country or even the world? Start a petition online and rally all your friends and family to sign it in protest before presenting it to the relevant authorities/governments/organisations.

Speak Up 12: Lobby. Lobby. Lobby. Horrified by the lax or non-existent laws tackling violence against women in your community, country or even the world? Get together with other likeminded people to lobby your representative in government to push through legislation that is sorely needed.

Speak Up 13: Join The Discussion. Not sure where to start? If you are on Facebook or any other social network site where people come together in groups to discuss the prevention and solutions to violence against women, join those groups and join the discussion list.

Speak Up 14: Wear Your Message. Get a t-shirt or two printed with snappy anti-violence against women messages and wear them. Or try wearing either a purple, white or purple-and-white ribbon that is signifies the movement. These moves will, more often than not, spark conversation and you can take it from there!

Speak Up 15: Teach It. If you are a parent, a teacher, a college professor or a sports coach, start proactively bringing up discussions about violence against women, why it is wrong and why it needs to be stopped. There are so many ways of bringing up the subject, ranging from one-to-one discussions to lessons plans incorporating the messages, to getting in experts from your local battered women’s shelter or rape crisis centre to speak to the young people in your charge.

Speak Up 16: Dial that Number. If you live next door to a domestic violence situation, or if you stumble upon a sexual assault situation anywhere, dial for emergency services (including the police) to let them know about the exact location of the act of violence, then rally other bystanders to step in together to interrupt the situation.