TRIGGER WARNING: The first Q&A in this interview may be distressing for some Rape, Sexual Assault, and Child Sexual Abuse survivors.

Chantel Plautz is a child of the Living God and a survivor of multiple-instance sexual assault, rape, and child sexual abuse. She serves on the mission field in Kansas, Missouri, and Nebraska, USA, as an abolitionist missionary, a Christian counsellor, and an advocate for victims of human sex trafficking, sexual assault and child sexual abuse. Chantel is the Founder and President of Hope For The Soul Ministries.

She is also a trained Stephen Minister and Stephen Ministry Leader, holding a certificate in Christian (Biblical) Counselling from Light University Online, and is a member of American Association of Christian Counselors and Women Speakers Association. Chantel was born in Denver, Colorado, and grew up in Nebraska, Oklahoma and Kansas. When she is not mentoring, counselling, ministering, speaking, preaching, teaching or writing, Chantel enjoys reading, going on nature hikes, making jewellery, watching football, spending time with her family and friends, and celebrating and supporting her four amazing godchildren — Jocelyn, Jaeden, Lucas and Riley. 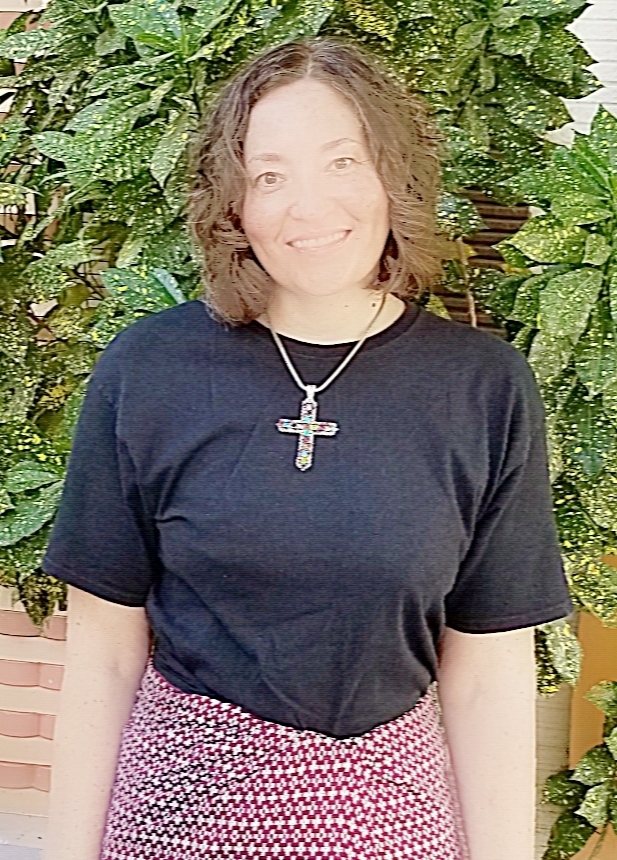 I am a survivor of multiple-instance sexual assault and child sexual abuse, which occurred throughout an over 20-year period of my life, at the hands of multiple perpetrators — male and female. All were people I knew.

Between the ages of 6 and 12, I endured repeated sexual abuse, as well as exposure to pornography and sexually compromising situations.

At the age of 16, I was sexually assaulted on multiple occasions at the hands of one perpetrator. In hindsight, I realise this perpetrator groomed me. Following these instances of assault, I was made to feel as though the abuse was my fault.

Between the ages of 16 and 28, I was sexually assaulted by multiple perpetrators, exposed to pornography and strip clubs (in the early years), and subjected to sexually compromising situations, all through coercive and manipulative means.

At the age of 25, two people raped me. After work, I had been out to dinner with a group of friends, and I later woke up in the midst of sexual assault. I believe someone drugged me to the point that I did not know my whereabouts and, therefore, could not defend myself.

At the age of 28, someone I was dating exposed me to pornography in the midst of sexual assault.

UPDATE: Over the past couple of years, I began to have flashes of memory wherein I was seeing scenes of a doctor who had performed a surgical procedure on me back in the late 90s.  In these flashes, he was doing something inappropriate to me.  I could not fully understand what had occurred, though.  It became an “unknown” area of my experience with sexual assault.

The sexual assault and abuse stopped because I eventually moved to another state or town, leaving the area I was in (as being there was only a temporary trip). I quit the job I was working at, I ended the relationship, or the perpetrator(s) moved away from where I was living at the time. In one particular instance, the abuse just stopped — I do not know why, but I am so thankful it did.

On the other hand, the memories and feelings related to each instance of assault and abuse haunted me — I could not manage to escape them. As a direct result of the abuse, I was confused and filled with false shame, blame, guilt, and self-doubt. For many years, I lived in constant fear, suffering from post-traumatic stress disorder (PTSD) and complex traumatic stress disorder (CTSD). Many different things triggered and exacerbated the deep-seated emotions and feelings I was experiencing. Over time, I became numb and completely gutted.

UPDATE: In relation to the “unknown” scenario I briefly described above, I was only in that area of the USA for a short period, and I moved away after my job assignment was completed.  I was not aware of anything inappropriate occurring, until the past couple of years when the flashes of memory began coming back to me.

Sexual assault affected virtually every area of my life — relationships, educational endeavours, business pursuits. However, I was eventually able to find the courage to seek help, further my education, and start a new career.

July – November 2011 — I received counselling through a local sexual assault centre. I purged and reconciled related memories and feelings, created and maintained healthy boundaries, and climbed out of the deep, dark hole I had been in for a majority of my life. I established myself as an adult in the present dealing with the sexual assault and abuse of the past. With the help of Jesus, I have learned to love, trust and HOPE again — I have reached a point of healing and wholeness, forgiveness and reconciliation, peace and contentment.

May 2012 — I wrote an article, which was published in a sexual assault centre newsletter.

June 2012 — I began serving in full-time ministry and missions.

Presently — I am completing a book entitled My Joy Comes in the Morning: Finding Hope and Spiritual Healing from Sexual Assault and Child Sexual Abuse.

UPDATE: My first book will be published by Paper Raven Books.  We will release/launch the book on October 22, 2019.

You are not alone in your suffering, and you are not required to suffer in silence. Share. Learn. Forgive. Release. Heal. It takes time to heal, but I encourage you to stay focused on bringing healing and wholeness to the broken and captive places inside of you.

I have found these activities to be very helpful in my own healing process:

I want you to know that you are beautiful and precious, and you add value to this world. The sexual assault and abuse you endured is not your fault — you did not do anything to cause it. You were a victim, but you are a survivor. You deserve to love yourself and others, and for someone to love you, completely and without abuse of any kind. Healing from PTSD, CTSD, or anything else related to sexual assault or child sexual abuse is difficult, but it is entirely possible — I am living proof. Keep. Moving. Forward.

UPDATE: As sexual violence survivors, we all have some “unknown” areas in our healing journey.  In my forthcoming book, I write about how to process the “unknowns” of the past, in a healthy manner and with the help of God.

We need to educate everyone on the atrocity of sexual violence. I believe men and women need to have an active role in creating awareness. Additionally, we can petition lawmakers to pass laws and form public policy that punishes the perpetrators, not the victims — we will not allow actions without swift and significant consequences.

We need to advocate for victims and survivors, giving them a voice until they can find and use their own, and remind them that they are not alone in their suffering. We need to send the message that we will not tolerate violence against women or children — sexual or otherwise — anywhere, or at any time. One time is one time too many, and victims deserve to seek justice!

We need to focus on prevention. We need to teach our sons and daughters how to treat others, with love and respect and not as a commodity or a means through which one achieves selfish gratification. We need to love, not abuse, one another. We need to challenge the cultural norms, because when we find and address the source of false beliefs and ritualistic mindsets, we can achieve culture change and stop the insidious cycle of assault and abuse.

Together, we can make a difference!

UPDATE: In the future, Hope For The Soul Ministries will work very closely with high-level government officials, in relation to the homelessness and sexual violence connection in the U.S. (how one can predispose a person to the other), and work together to bring about reform and restoration across the board (in the areas of policies, laws, etc.).

I support The Pixel Project because they create awareness, encourage difficult conversations and advocate for victims of violence against women and girls. They also provide survivors with a safe, supportive online environment and platform from which to share their stories.

I especially appreciate their global focus to engage men and boys in the effort to end violence against women. By taking the message of intolerance for violence against women around the world, they are truly proving there are no social or cultural barriers when it comes to challenging expectations and inspiring change for women and girls of all ages, races and cultures.

Thank you, Pixel Project, for hosting the Survivor Stories Blog Interview Project — you have given us a powerful voice! Through your international organisation, you are making a significant impact and positive difference in the lives of sexual and domestic violence survivors across the world. A lack of discussion desensitises people to the abuse that is going on around them. I pray that everyone will get involved in some way to help end all violence against women and girls.

If anyone reads even one of these survivor stories, it will be as abolitionist William Wilberforce once said: “you may choose to look the other way but you can never say again that you did not know.”

UPDATE: The #MeToo movement has certainly catapulted the anti-sexual violence initiative to the forefront of people’s minds.  I am thankful to The Pixel Project for helping to lead the way forward.  Keep up the great work!