Lisa Murray has spoken at various GreenHouse17 events with the encouragement of her advocate, Darlene Thomas; and also in the classroom of University of Kentucky, Policy Studies on Violence Against Women, by invitation of Carol Jordan, the Executive Director. In 2014, Carol featured Lisa in her book Violence Against Women in Kentucky: A History of US and State Legislation Reform. Lisa works full time for Alltech, Inc. a leading global biotechnology company. She credits much of her healing process to the understanding and encouragement of her employer. She is an avid equestrian who has owned multiple World Champion horses. She has spent her life enjoying competing with her various breeds of horses. 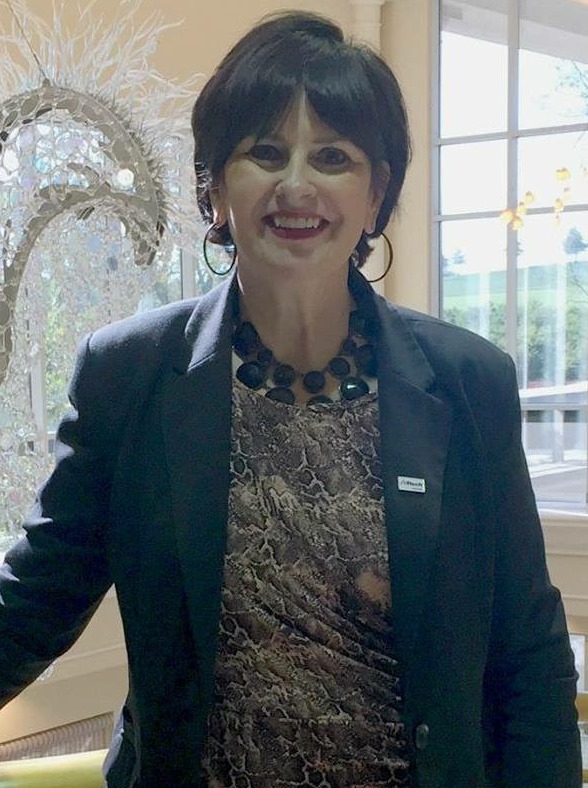 Just imagine, you are in your home, a place of sanctuary. Within a split second, you are tackled to a hardwood floor, completely pinned down. You can’t move your hands or legs; a man’s knees are pressing so deeply into your hands that you feel as though your bones are breaking. His breath is hot and angry, spewing vulgarity. Yet this is no stranger – this is your husband, the man who pledged his lifelong love – and he is bashing your head into a hardwood floor over and over, choking you, beating you in the face. That is what happened to me on the night of September 20, 2011.

Although I had suffered previous assaults, both physical and verbal, this final attack, which put me in the hospital, was to be his final act of vengeance towards me. As I lay in the hospital room, fearing for my life, I knew that I could not go back. I could not be “this” woman. I had a grown daughter and two granddaughters who look up to me, and whom I have to set an example for. I threw my wedding ring into a hospital trash can, then obtained an EPO (emergency protective order) and filed for divorce.

I escaped only after the brutal assault in which I feared for my life. For years I had suffered mental, emotional, verbal and “some” physical violence. I felt as though I was living in a maze. I was so embarrassed and didn’t even tell my own family for days that I was in the hospital. However, finally, after confronting the reality, I had 110% family support. It did take a while for me to find Domestic Violence resources, but after finding Greenhouse17.org, I was able to stand tall, go through a relentless court battle, and see my attacker sentenced to jail, then onto federal prison.

I will be very blunt: this process was extremely difficult, and that is the one thing that drove me to finding answers. It was so hard, and because it was so hard for me to find answers, I dug in and continued to persevere. Information in the State of Kentucky was so contradictory that I felt I could lose my mind. One attorney said to me “Lisa, don’t stop asking the questions. You may not get the answer you want to hear, but keep asking!” I started searching for more and more information, and began seeing a counsellor. Piece by piece, I was able to reassemble my life and today I am proud of how I was able to come out on the other side.

UPDATE: In 2017, I was named to the Kentucky Survivors Council, headed by Attorney General, Andy Beshear.  The Survivors Council was created to advise and assist the Office of the Attorney General on matters related to victims of crime, including but not limited to awareness initiatives, training efforts, publications, policy and legislative initiatives. Its purpose is to ensure that these efforts are victim-centred, effective and responsive to the needs of diverse victims.

Through the process, I have learned that I could stay in the misery of being a victim, or I could choose and determine the quality of my life now – with joy, love, freedom, and happiness. When I began embracing those positive qualities, I saw drastic changes in my future, including purchasing my first ever home, all on my own!   I stopped the self-defeating talk and dug in and believed wholeheartedly that I deserve all the good things in this life that I thought would never be possible.

My career has blossomed and doors continue to open for me. Keep reaching for the stars and don’t ever look back!

I have had many women open up to me as my story went very public. I was a bit afraid at first, but I am not ashamed of what happened to me. It’s something that happened, it does not define who I am or lessen me as a person. I was a woman, who loved her husband, and tried to make her marriage work.

My first comment to women is to seek out an advocate. If you’re asking me, then you must be questioning something.

I constantly share information and books that were helpful to me. I have bought extra editions of Lundy Bancroft’s book, Inside the Minds of Angry and Controlling Men, and have shared with women whom I know are struggling and looking for answers. I also talk about having a safety plan, just in case.

Lastly, I listen. Sometimes a woman just needs to know she is being heard and that someone understands. It’s important to never minimise, but truly listen.

UPDATE: Never lose hope.  Remember “happiness”!   Remember that you have the power to choose!

I think ending violence has to start in the home. I have now learned from my ex-husband’s family that he was extremely abusive to others in his family when he was a child and teenager. I believe that this behaviour begins at an early age. So you have two sides, the aggressor and the victim. I talk candidly to my granddaughters now, even at a young age. For example, if a boy hits you or speaks hatefully to you, it’s not because he likes you. It’s because he’s a bully, plain and simple.

When they are old enough to begin to date, the conversation and education will increase from both my son-in-law and daughter, and me. It will be a joint parental effort.

The Pixel Project is an amazing outreach organisation. The thing I like best about this organisation is that it addresses the fact that there are no cultural or social barriers when it comes to domestic violence and other forms of violence against women. Victims need to realise this can – AND DOES – happen in all walks of life. Education, education, education. Sharing stories, sharing hope. Sharing an open door to a better life.

As the momentum on this topic is gaining attention, The Pixel Project has made ending violence against women and girls their top priority. The time for complacency is gone. It is now time for stronger action and improving the knowledge base for ending violence against women. The Pixel Project gives a voice to survivors and stands on the belief that women have the right to live free from violence. They generate this conversation by tearing down taboos and creating safe online spaces to generate discussions, while getting the global community emotionally engaged and actively involved.