Our 18th  Survivor Stories interview is with Trisa Mattson from the USA.

TRIGGER WARNING: The first Q&A in this interview may be distressing for some Childhood Sexual Abuse survivors.

My name is Trisa Mattson and I’m a survivor of childhood sexual abuse. I’ve gone through a tremendous amount of pain in my 50 years but have also overcome abuse, gone on to have 3 children of whom I am very proud. I enjoy sports, the outdoors, crochet, writing poems and my biography, and I like to dance. I am working on my educational goals starting with my GED and then continuing on to college thereafter. 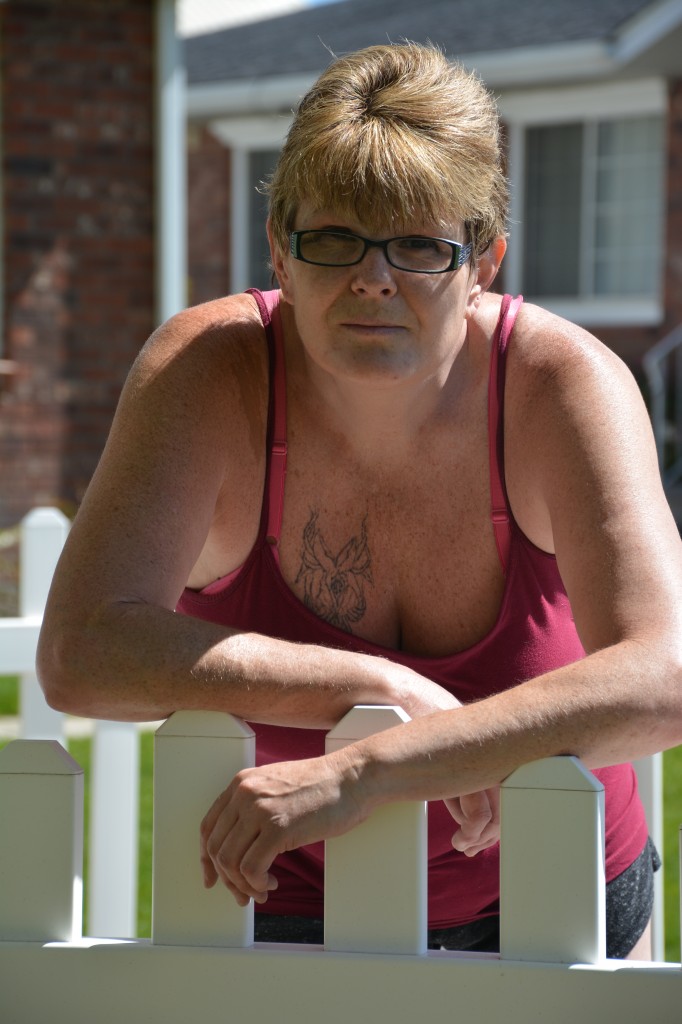 When I was a young child (8-10) I was sexually abused by my stepdad at night while my mom was at work. He’d look at pornographic magazines and then use me to act out the images he saw in those magazines.

I was afraid to tell my mom, I thought she would blame me. When I eventually got the courage to tell her she did blame me as I had feared. I was devastated and began to act out, getting into trouble both at school and at home. Throughout my childhood I was beaten with a belt both across my back and face, no one intervened. I was bounced from home to home which made me feel like I wasn’t loved nor could I understand why my mom didn’t believe me. I hated her for that.

After about one-and-a-half years of this abuse I finally found the courage to confide in a trusted high school friend about the abuse. She in turn told a teacher at school who reported it to law enforcement.

They began to investigate and I was placed into protective police custody. At this same time, my brother, who had begun living with my biological father, found the sexually abusive photographs taken of me by my biological father and turned the pictures in to the police. My biological father was criminally charged and later convicted, sentenced to one year of probation, little jail time. Later he went on to abuse my sister, my niece, and my nephews, which he was not convicted for. He abused my stepbrother and was convicted of lewd conduct with minor, again a light jail sentence with probation – a slap on the wrist.

He continued his abuse and was later charged with 2 felony counts for sexual abuse of a non-relative – a 16/17 year old. For this last case, my biological father is currently in prison in Idaho and is due to be released in October 2019.

I began seeking help from my local rape crisis center in 1993 when I was a young mother. There I attended support groups and began counselling.

Years later I went on to confront my biological father when he was in jail for the crime of abusing my step-bother. He defiantly told me that I deserved everything that happened to me. I was traumatised further by his blame. This moment was a turning point for me, and I devoted myself to healing. I made a promise to myself and others that I was going to devote myself to stopping him, protecting others, and changing this world.

As circumstances would have it, there was fresh concrete about to be poured on the sidewalk outside the rape crisis center. I took those photos he took of me and I burned those images, placing their remnant ashes on the ground and let the new concrete pour over the top of them. Sealing them helped me heal.

Soon after this turning point I began writing poems to express my feelings. They help me to heal too. Years later my poems lead me to write a book, the story of my life and my healing. These writings make me stronger, they give me voice, they help me convey my feelings, my courage, and strength.

I want to assure other women or girls in situations like this that:

Wow! Where do we start?

When victims are believed, and speak out while standing their ground, eventually society will have no choice but to start facing the truth about violence against women.

We need to have a justice system with a stronger stance against violence against women and children, offering more substantial sanctions against perpetrators of violence thus conveying the message that this violence is unacceptable in our communities.

I believe it is the telling of survivor stories like mine and others that will help other victims who are fighting and are lost in the darkness of abuse. To encourage others that there is light beyond the darkness is my own personal commitment, the reason I have written a book and poems myself, and The Pixel Project is one more way to get those stories out.