Our 17th  Survivor Stories interview is with Dr. Margaret Finger from the USA.

I was born in Austin, Texas, and lived there most of my life. In 1976, I received my B.S. in OT from the University of Texas. As an occupational therapist for 36 years, I treated patients from one day old to 104 years. After being a clinical instructor for 25 years, I began my doctoral programme at Creighton University in 2010 and graduated December of 2014. I have three adult children, six grandchildren, and Beaker, my beloved cockatiel. I enjoy music, dancing, crocheting, and love sunset walks on the beach. Fall is my favorite season because of cool weather and football. 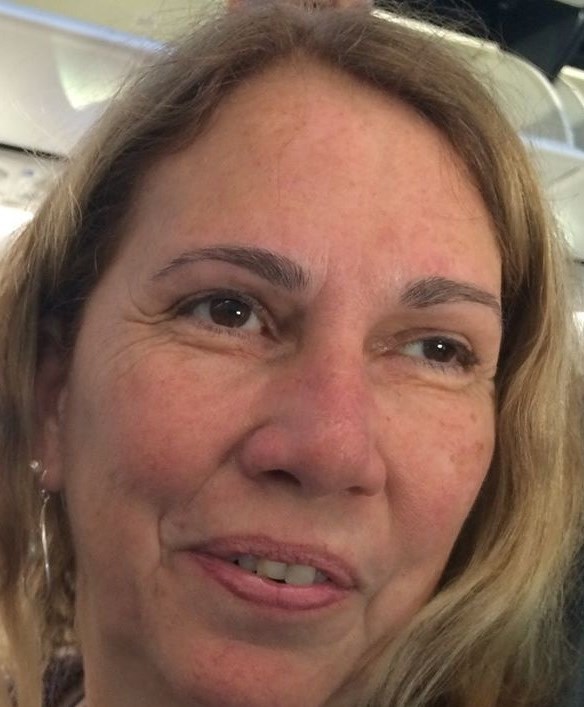 While awaiting acceptance into a DV shelter, I was given an intake interview. It contained four types of violence, and I was a victim of all four:

Early in my 36- year marriage, there were three incidences of physical violence. At first I believed him when he said that it would never happen again. After my children witnessed one incident, I threatened to leave him. I was treated for depression twice. I admitted to a counsellor that I was in an abusive situation.  She said to read the book “Co-dependent No More” and gave me homework: I was to talk with a local domestic violence shelter. If another man complimented me, my husband would take me home and sodomise me. There were times he stole from me, and we went through two bankruptcies. He lost two jobs because he threatened to kill his supervisors.

But the pivotal moment was when two law enforcement officers and my best girlfriend were begging me to leave because it was apparent to them that he would kill me if I stayed. At this point he was telling me that if I left him he “would hunt me down like an animal and kill me”.

The shelters in my state wouldn’t accept me due to my disability.  I made a search to locate a shelter, and found one in another state.

An elaborate plan was put into motion and an “underground railroad” created to evacuate me to another state where I could get help.  My best friend who had 15 years in the military and a concealed gun license picked me up at work. She took me to another city to meet a couple I had never met.  I was taken to their home in the middle of a 200-acre ranch until arrangements could be made to get me safely out of the state.

My friend destroyed my cell phone and gave me a new one so that only those involved in the evacuation could reach me.  She said that abusers reported their wives missing and endangered so the police would assist in finding them.

I was driven 90 miles from my home and put on a plane.  When I got on, I didn’t know where I was going.  I left everything behind and only had a backpack.  I was very scared.  After landing, I was taken to a hotel– a safety net for the DV shelter.  They accepted me.

The shelter found attorneys to put a permanent protective order in place.  They assisted me with obtaining emergency food stamps and applying for Social Security Disability.  They helped me orient myself to the bus transportation system.  They provided both group and individual counselling.  I was helped to get medical injuries treated and file a police report. They helped get into a victims’ protection programme where I could receive my mail without it being traced.

During this, time I learned a lot about myself.  I struggled with night terrors and PTSD.  I researched both of these symptoms in order to learn how to help myself heal. It is truly my opinion that I would not have done as well as I did without the shelter’s support.

I moved into my apartment and in two months re-entered my doctorate programme.  It has been five years since I left the shelter and my life is so happy.  I got the opportunity to teach and loved it!  I am in a relationship with someone whom I have known since I was 12.  I have a wealth of good friends.  I do not have to be afraid in my own home.

If you or someone you know is in a domestic violence relationship, never give up hope.  Continue to ask for help and it will happen.  Find the closest domestic violence shelter so the professionals can facilitate a safe evacuation.  If you know someone that is going through this, educate them and support them.  If it had not been for my two friends, I would have not made it.

In addition, if you are single and dating, especially using online dating services, please be aware of the issues I have discussed.  You might want to run a background check on potential romantic partners.

I say this because a couple of years after I left my now ex-husband, my sister noticed that he had created a Facebook page where he was a retired CEO of a company.  He had photo-shopped a picture of his half- sister together with him– she does not like him.  He had photos of children he said were his grandchildren and they weren’t.  The entire page was false.  Our assumption was that he had set it up for a dating service.  If someone were to complete a background check on him they would find a felony, assault charges, DWI and a permanent protective order.

Honestly, I don’t believe that it is possible to completely end violence. However, as in most other cases, the best strategy to reduce violence is education and empowerment. I volunteer for DVACK here in Salina, and am on a new organisation, Partnership To Reduce Violence. Recently, Jana’s Campaign came to KWU for an educational presentation. There is a community-wide event planned in a few weeks to support victims of crime.

No matter what you are told, no one deserves to be disrespected or a victim of violence. Being aware of the red flags in your relationships, starting from teen dating, can help prevent an escalation into abuse. Saying something when you see any abuse or violence is crucial.

Most importantly, don’t just think that this is none of your business, that it will go away, or that there is nothing you can do to help.

One thought on “THE SURVIVOR STORIES PROJECT 2017: Margaret Finger, 62, USA”