Our 19th Survivor Stories interview is with Honey LeBlanc from the USA.

I am a wife and mother of four children. This year marks my twentieth year as a teacher and my twenty-second year free from domestic violence. My passion is a summer camp for children and adults with special needs that I helped start 3 summers ago. The majority of my free time is spent doing service projects and events for people with special needs or with teenagers. 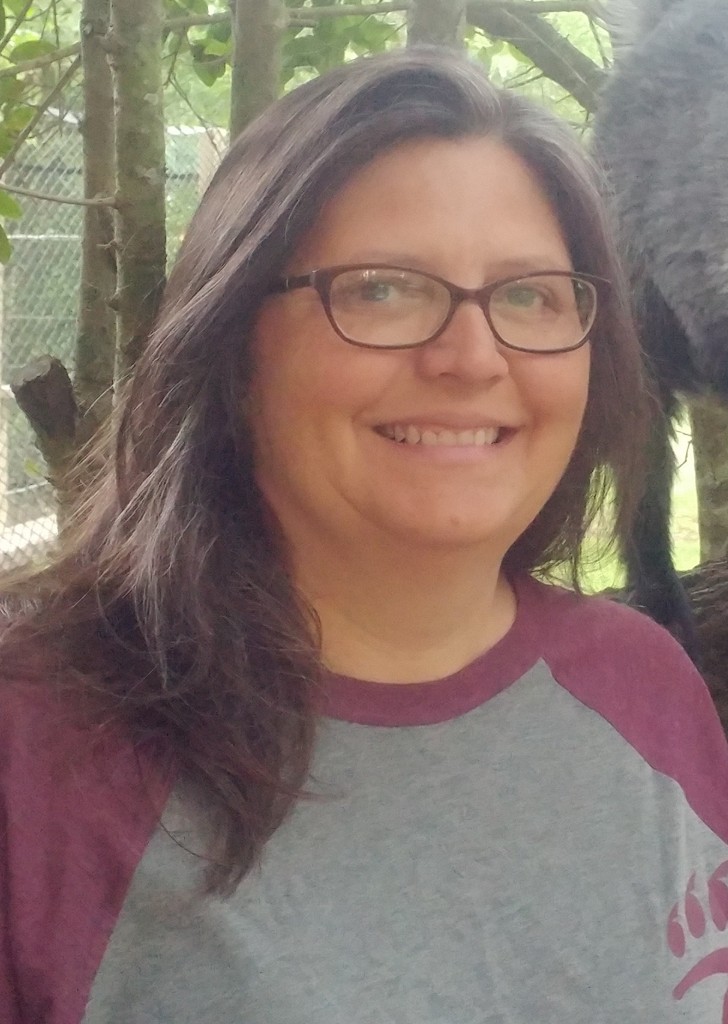 My first husband was an abuser. It started out mild but quickly escalated to actual violence.

The physical violence started when I was pregnant, but the emotional abuse started well before I became pregnant. He was the classic abuser: started out flattering me, moved to isolating me through controlling behaviors, escalated to physical violence, and ended up with me wondering if I would make it out alive.

One day, when my daughter was 2 I had simply reached the point where something had to give. I was working at the police department as a desk clerk and realised that it simply couldn’t go on. I had friends in the department who didn’t fall for my lies about my split lip or bruise. They gave me the courage, or maybe I was so deeply ashamed, that I decided to do something about it.

After kicking my husband out, I began reporting the behaviours to the police. I didn’t allow myself to fall for his lies about how sorry he was. I followed through with the divorce and fought him every step of the way for custody of my daughter. Standing up for myself helped me to realise that I was strong enough to get out. It wasn’t easy, but it was worth it.

Two years later, when I realised that he was repeating the cycle with his new wife, I called her and tried to get her to leave. I had remarried by that time and my new husband (with whom I am about to celebrate 19 totally violence-free years of marriage) offered to go get her from the house while my ex was out. At that point she refused to leave, but the seed must have been planted because a year or so later she called me when she too had met her breaking point. Together, she and I, along with my husband, have raised our daughter. We have forged a new, albeit totally non-traditional, family that does not involve violence.

I would say that you are strong enough. You are good enough. You can find your own way. Find people who are good for you, who believe you and believe in you. Report the violence every single time and keep records.

Part of ending violence against women is empowering women and girls to speak up for themselves and to realise that they aren’t alone.

I support the Pixel Project because it is so very important to get our stories out there so that other women know they are not alone and that you can escape from the situation.