I am a journalist with a daily newspaper in Malaysia, specialising in entertainment and beverage news. I have a strong interest in all things pop culture, like Star Wars, Transformers, and so on. My daughter just turned two, so I’m trying to share this interest with her by getting her into Star Wars! 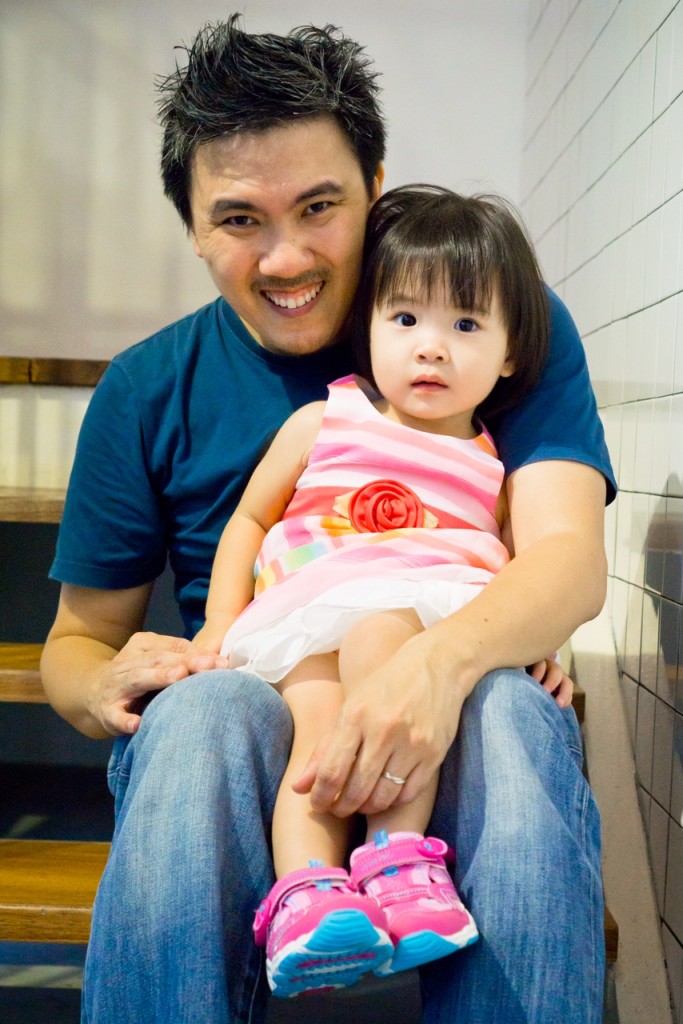 It’s coming home after a long day’s work and having your kid run up to you excitedly and with a big smile, yelling “DADDY!”

My father has always treated my mother (and other women) with the utmost respect and love – never raising his voice against her, and always putting her first and foremost in his life.

From him, I’ve learnt to always respect women, and to never take the women in my life for granted, be it my mother, sister, or wife.

I think education starts at home, and the way a father or husband treats the women in his life is very important in instilling a sense of respect and love in young men and boys. If a son sees his father hitting his mother often, then the son will grow up thinking it is okay to hit women.

A father has to take a stand against this sort of thing and be more proactive in educating his kids about violence against women, and that it is NOT okay to hit women (or even other men, for that matter). If the son should come across incidents like that and tell the father, the father should not brush it off as someone else’s problem, and should instead educate the son properly on why it is wrong.