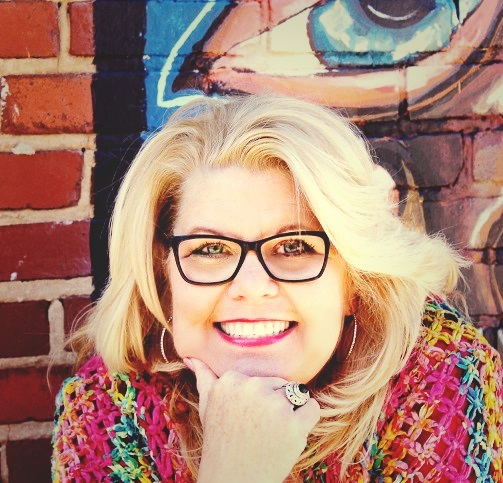 Welcome to the 2nd in our series of interviews with domestic violence experts about the Depp v. Heard case, what it has revealed about society’s attitudes towards domestic violence, victims, survivors, and efforts to end violence against women.

Julie will also be a panellist in our upcoming livestream session Depp v. Heard: A 21st Century Domestic Violence Case of Terrifying Precedents & Teachable Moments that will be happening at 8.30pm Eastern Time, 9 July 2022 (Saturday) where she will be discussing the Depp v. Heard case and its repercussions for victims, survivors, activists, and women.

Domestic violence (DV) isn’t taught about, and societal myths about it abound. It isn’t just about black eyes – it’s the removal of freedoms and autonomy from the victim through fear and intimidation tactics, maybe even sexual violence. You can’t see those. People are convinced they’d recognise an abuser because it makes them feel safer in the world. However, it’s not always easy to tell the difference.  Even professionals in criminal justice and helping fields usually don’t understand it and can’t distinguish between victims and abusers.

Victims and abusers often do some of the same things for different reasons. Abusers do them to get power and control. Victims respond out of self-defence or fear or resentment – it’s survival behaviour. Victims are traumatised and numb, so may appear cold or unlikeable. Abusers use this to their advantage and play the victim. They deny, minimise and blame the victim. They promote the idea that the victim is abusive or unstable.

The simple explanation is they’re angry on behalf of the person they believe is the real victim, but there are likely numerous factors at play. This is a tragic manifestation of horizontal hostility, a feature of patriarchy in which members of an oppressed group turn on each other. Survivors and advocates aren’t immune to the persuasive charms of slick abusers, and so may misidentify a victim’s resistive violence as “mutual abuse”. Like the public, they’re also routinely exposed to misleading statistics that suggest women are as violent as men.

Often advocates receive only basic DV training and lack the benefit of the sophisticated assessment skillset necessary for distinguishing between victims and abusers. And because survivors are experts in their own experiences, they may think they’re experts in DV. Frequently they expect other victims to look and act like them.

Of course, internalised misogyny and personal biases probably play a role as well. Research shows women often misbelieve female accusers, especially if they know the abuser. Depp’s supporters feel like they know him. Once they decide Depp is the victim, Heard becomes their enemy.

These factors, coupled with near constant exposure to media-based condemnation of Heard, cause confirmation bias to set in and make it nearly impossible to resist the powerful groupthink of the masses.

Following Depp’s win, victims immediately started reporting that their abusers were belittling Heard and threatening to sue them. They are re-thinking disclosing their abuse or leaving their batterer.

The steam built by the #MeToo movement towards believing victims has dissipated as the Men’s Rights Movement has stepped up its fight against gender equality. Women’s rights were already sliding backwards before this trial. Now the Depp backlash has us hurtling backwards.

All major social justice movements have experienced incredible backlash like this though. It’s inevitable. The patriarchy was never going to “go gently into that good night”. It’s losing its grip and raging like a wounded animal. But gender equality is an idea that’s being embraced globally, and I have to believe this backlash is the death rattle of a desperate and dying patriarchy. Women must unite, not divide. We have to keep speaking the truth, louder now than ever. We can’t back down. As Clarissa Pinkola Estes wrote, “My friends, do not lose heart. We were made for these times.” We will prevail.

That’s a really good question. I think this is going to be a real challenge for advocates. Advocacy is such difficult work already and it’s hard to know what to do sometimes. It’s also hard to hang onto hope when it seems that systems are conspiring against victims.

Advocates are going to need to take really good care of themselves and actively support each other. Organisations like the Facebook group “Self-care for Advocates” are going to be more important than ever. When advocates support a survivor, remembering to give her lots of support and information but avoid giving her one-size-fits-all suggestions (any advice, really) is crucial. We don’t know what will help or what might backfire on a particular victim, as we have seen. If Amber Heard had known how things would go, I doubt she’d even have applied for that restraining order.

While we advocate for individual victims, we have to unite as a movement to actively work on systems wide change, and full equality for women. Passing the Equal Rights Act (ERA) and establishing violence against women as a violation of human rights has never been more important.

First and foremost, advocates need to seek out advanced on-going training as well as mentoring by more experienced advocates and experts. They need to be competent in individualised safety planning and risk assessment, and understand the pros and cons of the criminal justice and court systems which so often do more harm than good.

Advocacy has to be fine-tuned for each survivor. We have an obligation to fully disclose the potential pitfalls so survivors can make educated decisions and be as prepared as possible when intersecting with the criminal justice or family court system. As always, advocates’ focus must always remain on safety and confidentiality above all else. This is how they can avoid collusion or becoming complicit.

They should also establish a written 50:50 partnership agreement with survivors, clearly explaining their role and limitations and also their expectations for the survivor, so they can avoid working harder on a survivor’s life than she does. Avoiding a rescue mentality can help them prevent compassion fatigue.

Every survivor needs to be educated about not only DV dynamics but many issues, including safely preparing to leave an abuser, post-separation abuse, dealing with stalking and abuse by technology, choosing the right attorney, preparing for court, avoiding accusations of parental alienation syndrome (PAS) in family court, and the importance of self-care and addressing any crippling anxiety that might put them at a disadvantage in court. Advocates need to be more pro-active in writing letters of support for survivors and being actively involved in their cases. It means taking risks and walking with survivors, not just telling them where to go for help.