Welcome to Part 2 of our June 2022 Inspirational Interview with Sandra Henriquez, chief executive officer of ValorUS (VALOR) in the United States.

Ms. Henriquez has worked in the movement to end sexual and domestic violence since 1985. Since 2010, under her leadership, VALOR has embarked to create a cultural shift among industries including sport, transportation and labor, and with systems on behalf of incarcerated victims of sexual violence, immigrants in detention, farmworkers and janitorial workers in communities throughout California.

In this part of the interview, Ms. Henriquez discusses how VALOR has used its online platform to change attitudes about sexual violence and what its plans are for the next five years. 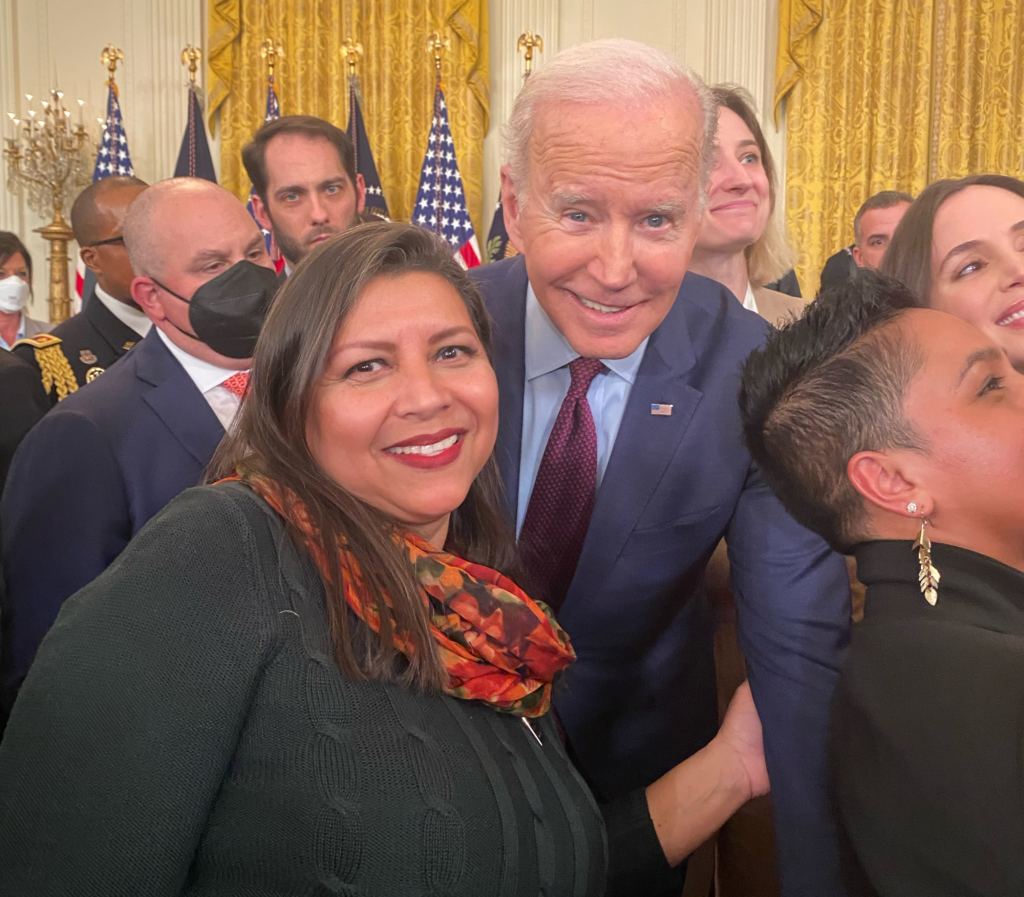 6. Since 1980, what sort of impact has VALOR had on the USA’s approach and attitudes towards VAW?

I think that VALOR has had a tremendous impact on the USA’s approach and attitudes toward sexual and domestic violence, and that starts with the fact that one of our key strategies is that we lead with prevention. In other words, we believe that violence is preventable, that it’s not something that is inevitable. I think that’s a big change from when this movement started back in the 1970s, there was a lot of focus on what the potential victims could do to protect themselves, or what behaviors they needed to change in order to prevent sexual violence, and now there’s a much bigger focus on changing attitudes. VALOR, through its national PreventConnect project, has helped to lift up, build skills and create an online platform for dialogue around prevention and how it needs to be a critical part of our work. That’s a huge step.

The other part is that we have lifted up the need to take an intersectional approach — to look at all of survivors’ needs and help to address those. If the need happens to be that they’re experiencing wage theft, we might be helping to support them, knowing that along with wage theft there’s also sexual misconduct, harassment and abuse. Those issues go together, and sometimes the way survivors discuss that is by bringing up the very immediate issue, and then later you learn that other types of abuse are taking place as well.

I think men and boys have a really critical part in ending violence against women. I think that since we know that a majority of violence against women is at the hands of men and young men, that we also know that they have to be an essential part of preventing it. If we can reach men and boys young, and if men and young men can reach other men and other boys to begin to help them establish better ideas of what healthy relationships and healthy communication look like, and how to deal with frustration and communicate, I think we can do a lot to prevent sexual violence from occurring.

Men and boys are an essential, critical part of that. We need more men and boys in the movement to end sexual and domestic violence because most often we look to those people whose experiences resonate with ours, who we can feel connected to, and so it’s so much more appropriate for men to help influence other men, young men and boys.

8. Tell us about VALOR’s plans for the future. What campaigns, programmes or projects do you have coming up in the next five years?

Our plans for the future are about deepening the work we’re doing now. Culture change doesn’t happen overnight. Culture change, even within the movement to end sexual and domestic violence, doesn’t happen overnight either. It takes a long time to get funders, legislators, people working in the movement, systems — whether it’s college campuses, labor unions, the corporate sector — to get them to join us in looking at survivors’ lives as holistic, and join us in embracing this idea of leading with prevention.

We can and should continue to invest in supporting survivors, and we should invest, nationally and internationally, in preventing all forms of violence. Because we know that it is preventable, but we just don’t invest enough in efforts to do so. VALOR wants to deepen its work and bring lots of other sectors and industries along. If we’re going to end sexual violence, we all need to be a part of the solution.

9. How can The Pixel Project’s supporters engage with and support the efforts of VALOR to stop violence against women?

Thanks for asking VALOR to do this interview. We are the rotating host of the National Sexual Assault Conference, and, on off years, VALOR California has a statewide conference. We use these platforms to hopefully help influence the nation. We hope to inspire people and get them interested in looking at this issue from an intersectional and preventative perspective. Promote our work and social media, and let people know that they can get involved with us. They can join our mailing list through PreventConnect, or go to valor.us. Any individual or organisation can become a member by going to valor.us and support the work that we do both in California and in the nation.

That’s a pretty difficult question. Part of the answer is that we have to start now, and we have to be persistent. There is an urgency to getting involved today, not tomorrow or in the future, but now. In other words, we can’t start and stop, or dip in and dip out. It’s something that we all need to be invested in from all walks of life. We need to believe that everyday people can make a difference and make a change. When I look back at this movement’s history for the last 50 years, we’ve made a lot of progress in terms of bringing the issue to light, supporting people to care. While we’ve made a lot of inroads, I also know that we have a long way to go.

Ending violence against women for good is a good goal to have and something that we should be working towards. We should believe that it’s possible. We know that violence is not inevitable. We also know that we need to reach people when they’re young, and focus on changing attitudes and behaviours. We all need to get all in.

Each individual needs to make a contribution in whatever way they can, both those that dedicate our lives to this work as well as those that might be peripherally involved. We still all need to do something. We all need to take a stand. We can all be a part of changing our world so it can be a better and safer place for everyone. 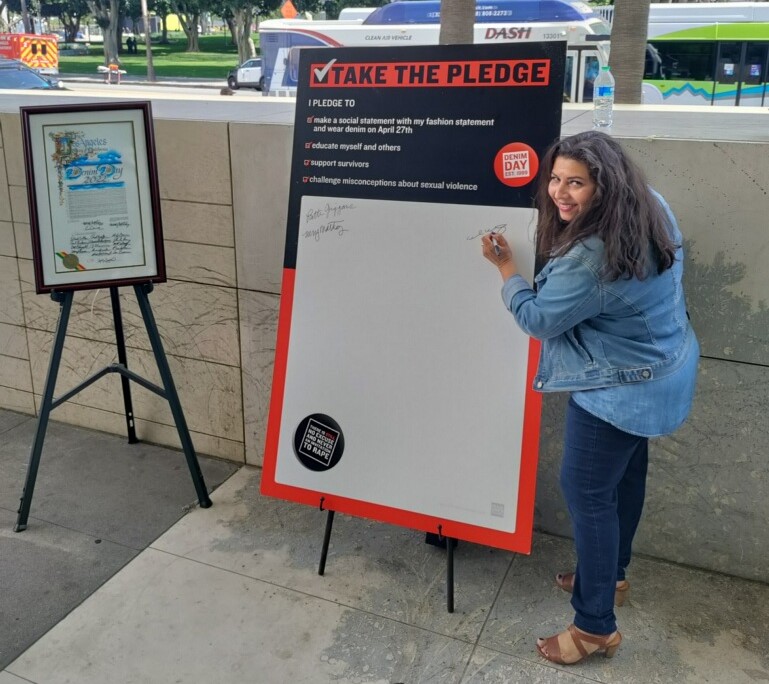