For the third in our series of June 2022 interviews, meet  Nicholas Chan from the Malaysia.

My name is Nick and I work in the banking industry. I grew up as the youngest in the family with an older brother and two older sisters and I love that we are all still very much in each other’s lives. My wife and I have a pair of 8-year-old twins – a boy who is both goofy and conscientious, and a girl who is cheeky and fearless despite her challenges. They have proven time and time again that superheroes come in small sizes too! 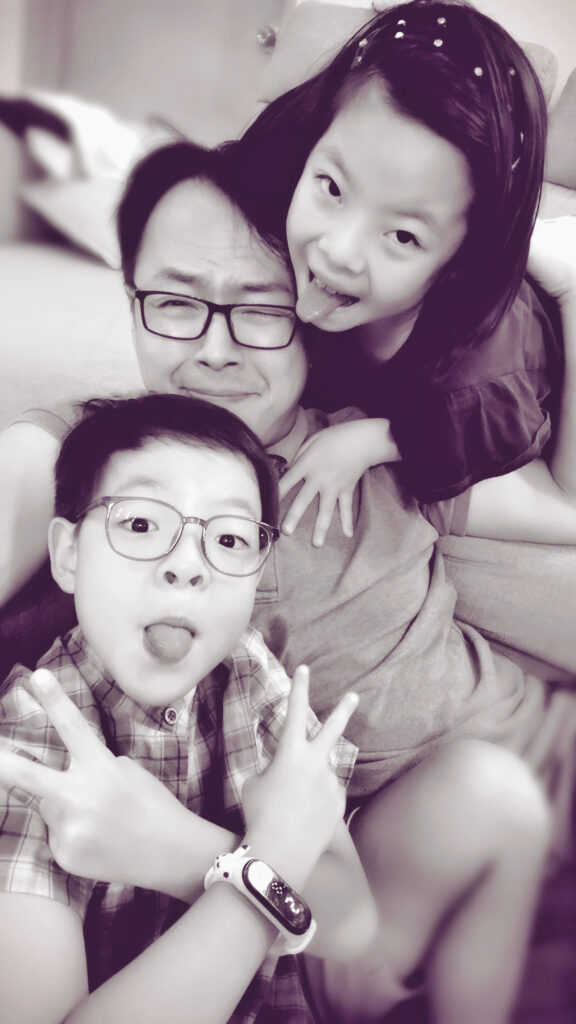 1. What is the best thing about being a Dad?

Children teach you to look at things from a different point of view. This is both surprising and liberating, but with it comes a huge responsibility. There is also a stronger will to live a more meaningful life because you are accountable for someone other than yourself.

My dad grew up in a rather patriarchal family but I think having five sisters made a difference in him. He has a lot of traditional values but I grew up watching him be a devoted husband and a present father. My parents were wet market traders; they were business partners and worked as a team both at work and at home. My dad was a hands-on dad. He taught us everything from fixing vehicles to repairing or building stuff to gardening, and he and my mom raised all four of us as equals, whether it came to school, housework, or what we wanted to do with our lives.

I believe that leading by example goes a long way. For instance, with my son, I think it’s important to instill certain values in him, especially about how he treats people around him. I would also remind my kids that they are lucky and to use that privilege to help others who may not be in the same position. Also, young boys should be taught to respect women and that respect goes both ways, regardless of gender, class or status.

Ultimately, violence against women is a men’s problem. Those responsible for it need to stop it. Those who agree with it need to be educated. As for the rest of us, we need to also take a stand in the fight and advocate against it. A lot of this fight, I believe, starts at home.