For the first in our series of June 2022 interviews, meet  Marshall Maresca from the United States of America.

Marshall Ryan Maresca is a fantasy and science-fiction writer, author of the Maradaine Saga, which includes The Thorn of Dentonhill, A Murder of Mages, The Holver Alley Crew and The Way of the Shield, as well as the dieselpunk fantasy, The Velocity of Revolution. He is also the co-host of the Hugo-nominated, Stabby-winning podcast Worldbuilding for Masochists, and has been a playwright, an actor, a delivery driver, and an amateur chef. 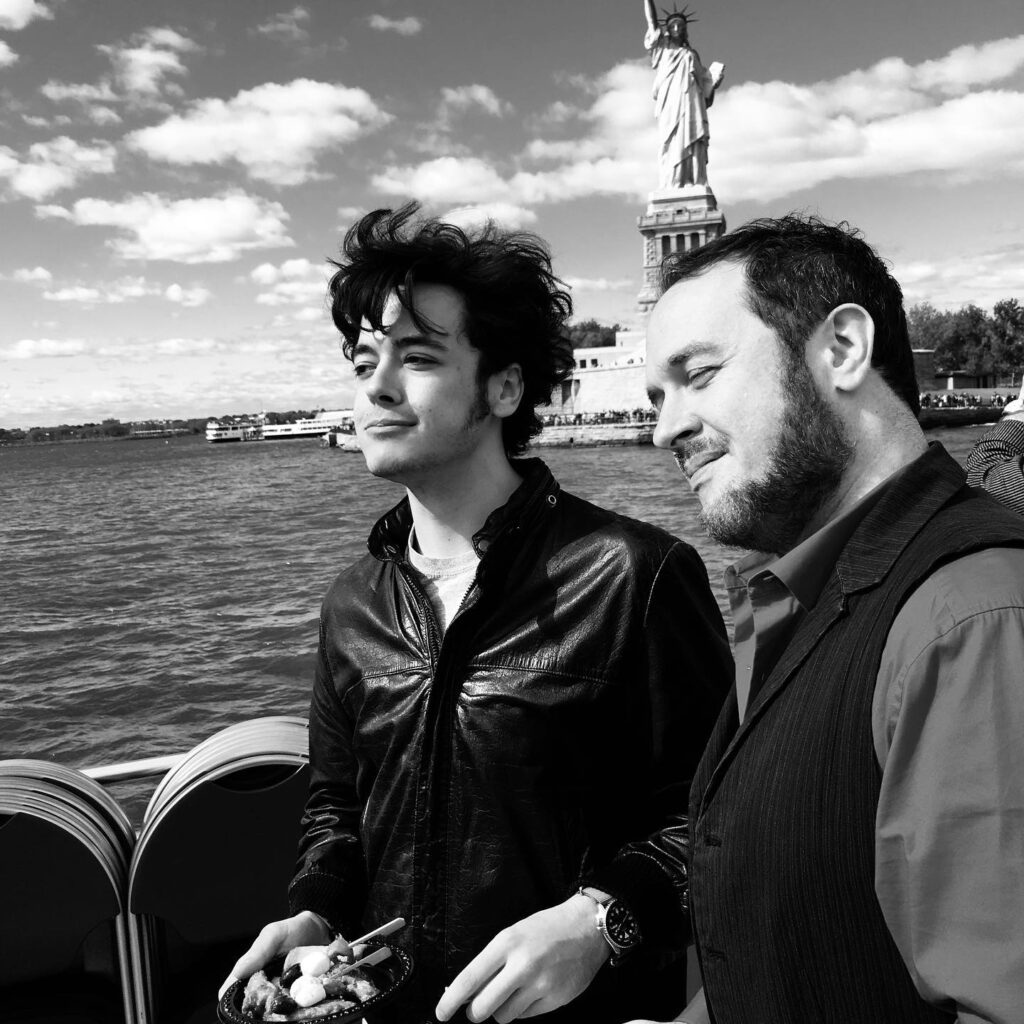 It’s changed over the years! But right now, it’s seeing the remarkable man my son has grown into. I hope I’ve given him the tools to be the best version of himself as he’s making his way in the world, while keeping myself open and available to him in the new challenges he faces.  And that is definitely part of the best thing– even when they’re grown and on their own, you’re still dad.  You are still on tap to solve problems, and the problems are sometimes far more complicated than they used to be.  But that’s part of the magic, is that helps you continue to grow with them.

2. Communities and activists worldwide are starting to recognise that violence against women is not a “women’s issue” but a human rights issue and that men play a role in stopping the violence. How do you think fathers and other male role models can help get young men and boys to take an interest in and step up to help prevent and stop violence against women?

I think the most important way is by example– and not just living as a good example in interacting with women, but also actively articulating it.  And I think a good part of that example is demonstrating and normalising having healthy friendships with women.  I’d like to think that this is an area where I’ve done well by my son, and I’ve seen him doing the same in his life.