Feb 25th, 2022 (WORLDWIDE): The Pixel Project , an anti-Violence Against Women non-profit, is thrilled to reveal the classic edition cover for Giving The Devil His Due, their first charity short story anthology under their Read For Pixels programme which will be published in partnership with Running Wild Press on 25 May 2022. Best described as ‘The Twilight Zone meets Promising Young Woman’, this anthology will feature sixteen stories in homage to the 16 Days of Activism Against Gender-based Violence, one of the largest annual anti-violence against women events in the world. 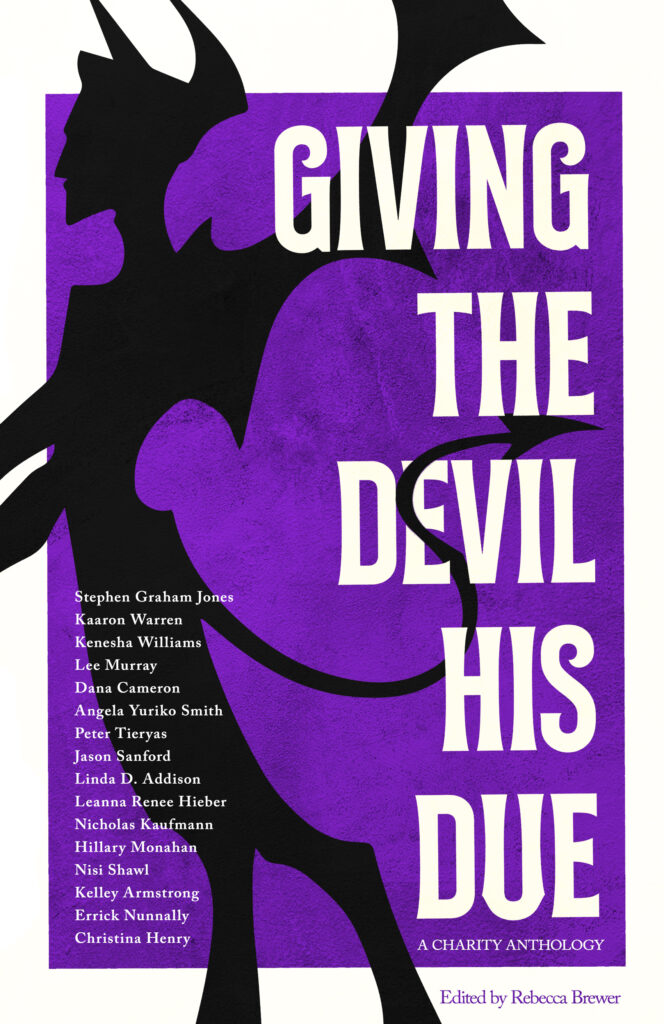 “To commemorate the upcoming launch of the classic edition of our charity anthology, we collaborated with Running Wild and their talented cover artist to create a cover that reflects the theme of the stories while honouring the movement to end gender-based violence,” said Regina Yau, Founder and President of The Pixel Project. “Purple is the colour of anti-violence against women organisations worldwide and white symbolises the global men’s movement to end male violence against women. By incorporating both vibrant colours on the cover, we hope that it will not only be a respectful nod to the movement but also galvanise people to pick up the book to read the stories and take action to stop violence against women and girls in their communities worldwide.”

Ahead of the launch, The Pixel Project will be hosting a special Giving The Devil His Due blog tour throughout April 2022 in conjunction with Sexual Assault Awareness Month. All book bloggers, book podcasters, Booktubers, BookTokkers, and Bookstagrammers are welcome to sign up to join the blog tour. 10 of the anthology’s 16 authors will be available for short interviews to talk about the book, their story, and why they support the cause to end violence against women.

Giving The Devil His Due is available on all major bookseller platforms in the United States and its territories, Canada, Europe, Asia, Australia, and New Zealand from 1 September 2021 to 31 October 2023 only. The special edition is currently available to buy until 24 May 2022 and the classic edition can be pre-ordered ahead of 25 May 2022. 100% of the net proceeds from the sales of the anthology will go towards supporting The Pixel Project’s anti-violence against women programmes, campaigns, and resources.