Welcome to part one of our January 2021 Inspirational Interview with Alice Kendall, Executive Director of the Downtown Eastside Women’s Centre.

Alice Kendall holds the position of Executive Director at DEWC where she has worked for almost 25 years, initially as a legal advocate before moving to her current role. Alice is committed to working to address the systemic issues that impact women, including poverty, gender-based violence, homelessness, and access to health care and other services. She has worked and volunteered in many capacities to advance the circumstances for women and children, including the Feb 14th Women’s Memorial March Organizing Committee, DTES Women’s Coalition, the International Women’s Day organizing committee, and Vancouver Status of Women. 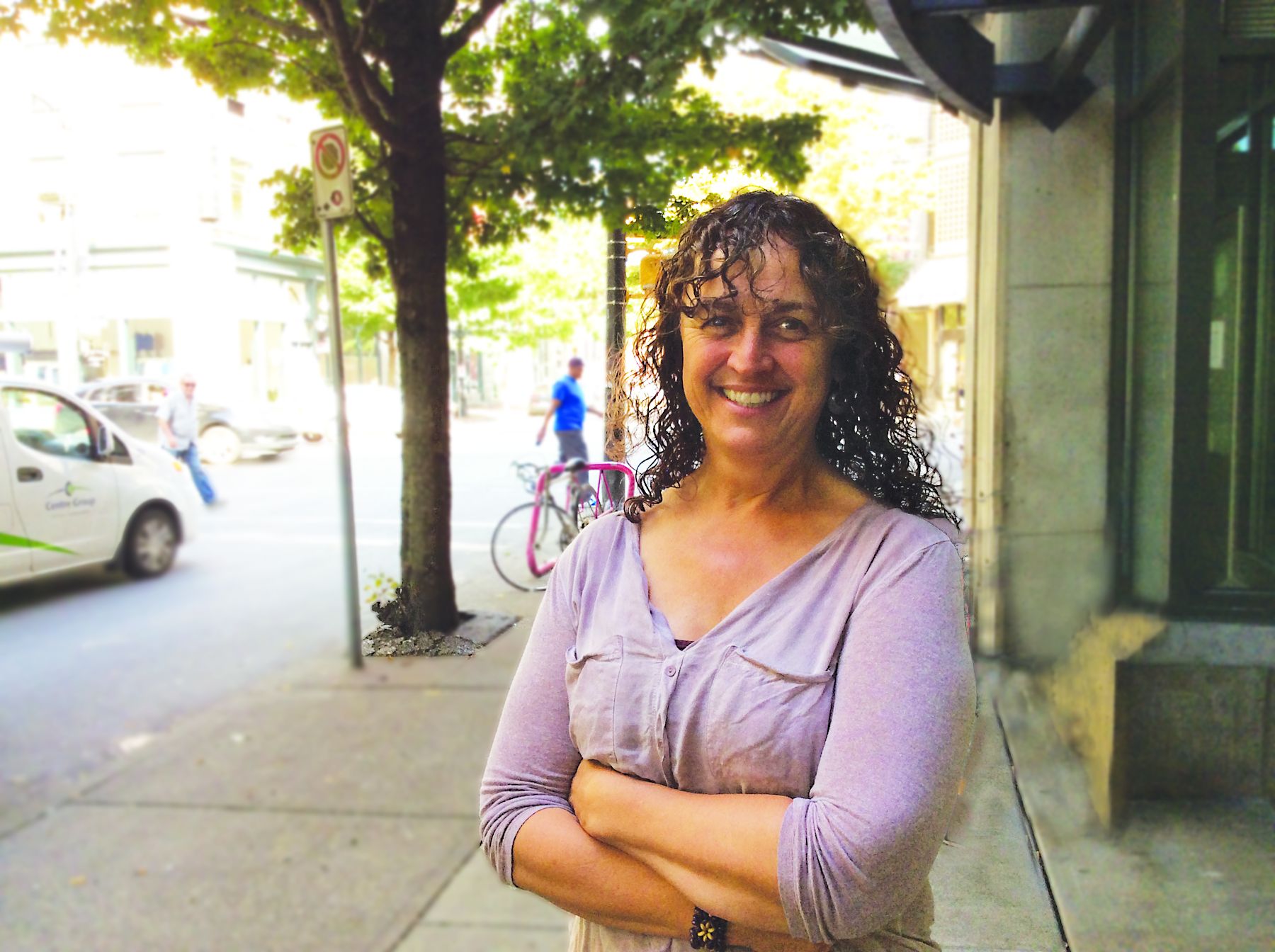 1. How and why did you join the movement to end violence against women (VAW) and how did you come to be the Executive Director of Downtown Eastside Women’s Centre (DEWC)?

My transition into the movement seeking to end gender-based violence was a step in my involvement in the social justice field. As a teenage single parent, I became connected with others advocating for changes on issues impacting low-income people: access to adequate income, housing, education, childcare, and health services.

After moving to Vancouver in the 1990s, I was hired as an Advocate at the Downtown Eastside Women’s Centre where instances of gender-based violence were not only extreme, but were normalised and accepted by those in positions to effect change, a situation that continues. At that time there was a particular serial killer targeting women in the Downtown Eastside but police and others in positions to respond ignored the calls for action from the community.

The principal service DEWC provides, both through the drop-in centre and shelters, is a safe respite space that covers basic needs such as nutritious food, safe washrooms and showers, clothing, access to phones & computers, toiletries, and menstrual products while also providing an opportunity to connect with community.  Beyond the basics, DEWC offers specialised services such as housing outreach, advocacy, victims’ assistance, Chinese seniors’ outreach, and programming such as skills development and cultural programs.

As well as basic needs services and safe spaces, including drop-in shelters, DEWC staff and volunteers work with women to remove barriers such as access to housing, income, detox & treatment, health services, counselling, and other supports.

For many, the Downtown Eastside Women’s Centre acts as a living room or community centre where women can socialise with peers and engage in cultural, social, and/or educational programs and activities.

3.Could you give us an overview of DEWC’s approach to stopping VAW and the services that you provide for victims, survivors, and communities?

DEWC’s approach is to advocate for systemic change while supporting women where they are at. DEWC service delivery is based on the needs as identified by our members and through relationship building. The organisation works to ensure that our service model is based on the needs as identified and prioritised by members. For example, we maintain a drop-in model to support accessibility and access.

Many women who access DEWC programs are in crisis, seeking basic needs supports. It is through this exchange, facilitated in a respectful and caring way, that a woman’s connection with staff and volunteers is developed. Out of this relationship, women can work with staff to address and remove barriers in their lives. Without access to the most basic requirements such as housing and income, women cannot obtain safety.

4.What are some of the particular challenges that DEWC faces when tackling VAW in the Downtown Eastside?

The Downtown Eastside is unique in that it is home to a significant population of people surviving with mental health and/or addiction issues, poor health conditions, low income, and homelessness or being under-housed. The multiple challenges and crises often overshadow the extreme level of gender-based violence that occurs and, therefore, there is no cohesive community strategy to address this issue.

There are significantly higher rates of gender-based violence in the Downtown Eastside, which are largely unreported. Lack of appropriate response when violence is reported, including victim blaming and judgment, creates further barriers. The Downtown Eastside community is a relatively small geographic area where there is an absence of protection from further harm should women report violence, therefore putting them at additional risk.

The Downtown Eastside Women’s Centre has existed for over 40 years, providing safety, basic need services, and supports to thousands of women. Many women who access services are supported in removing barriers and moving into different circumstances, whether that be: obtaining safe, secure housing; accessing detox, treatment, and counselling; having children returned; or developing further skills and securing employment.

DEWC has worked to ensure women’s voices are at the forefront and that participation and engagement are facilitated as a priority. Women in the Downtown Eastside community have been supported as leaders, speaking on their own behalf towards making change. The advocacy of women in the Downtown Eastside resulted in the provincial inquiry into missing and murdered women.

Along with other women serving organisations, DEWC continues to provide logistical support to the Feb 14 Women’s Memorial March, the longest organised women’s march in Canada, this year being the 29th year. 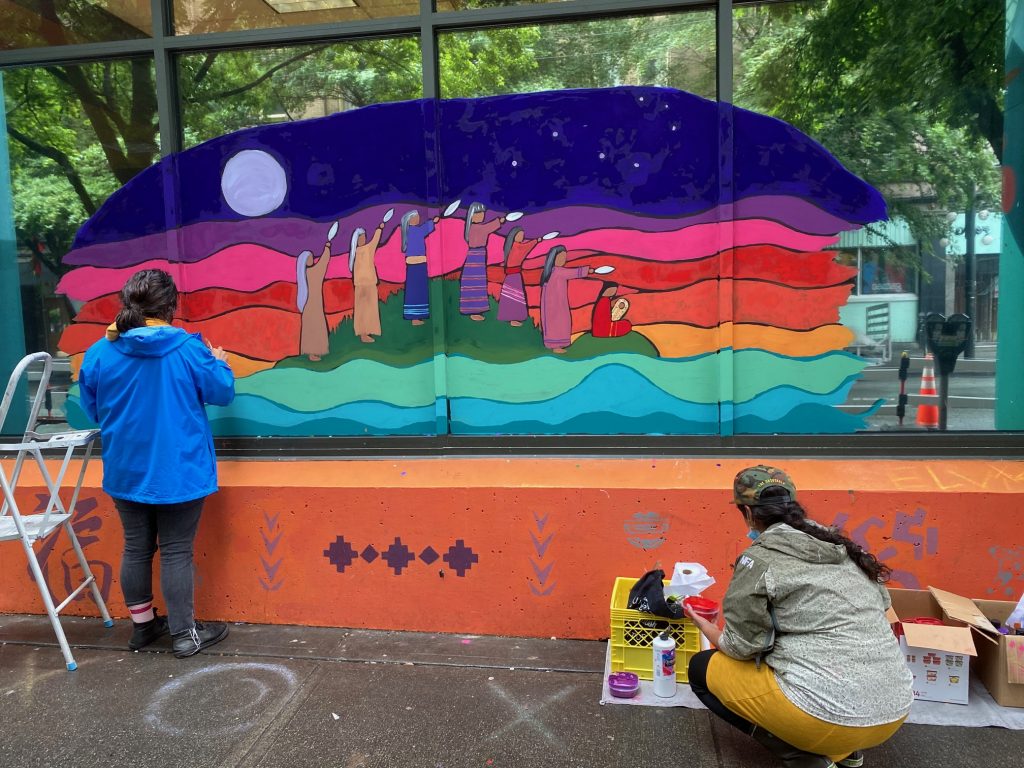