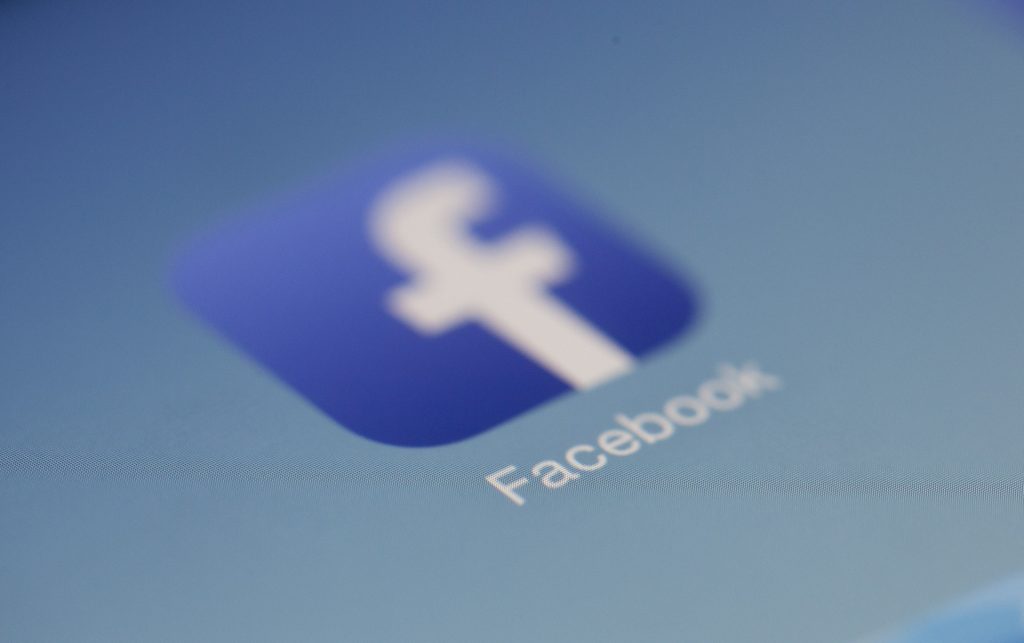 Since its founding 15 years ago, Facebook has become a social media powerhouse with over 2.38 billion monthly active users as of May 12th, 2019. Facebook has grown from a basic social connection website for college students to a life platform. It is used to find, connect, and catch up with friends, to read the news, to conduct business, to shop, and to learn.

Facebook is also useful for locating causes, organisations, and events that are important to us and to advocate for various issues. Facebook users can learn about and support global issues from their own homes. Violence against women (VAW) is one of the global human rights issues finding supporters on Facebook. Now, a story about VAW can be read, watched, or heard via Facebook by millions of people around the globe. They can follow organisational news, participate in grassroots campaigns, and donate from their mobile phones or computers.

More importantly, more than 2 billion Facebook members worldwide can now locate anti-VAW organisations’ Facebook pages to learn about VAW or quietly get VAW victims and survivors the help they need should they be unable to speak on the phone, or otherwise physically get help. Every little bit counts!

This is our eighth annual list of 16 recommended Facebook pages by anti-VAW organisations which we have selected because of their unique approach to fight all kinds of VAW. To reflect the reality that VAW is a global pandemic fought by our sister advocates and activists worldwide, the selection covers a wide range of countries across different continents. So choose a couple to ‘like’, or better yet ‘like’ them all, get informed and take action! 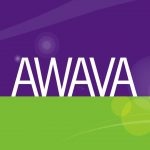 The Australian Women Against Violence Alliance (AWAVA) is one of the six National Women’s Alliances funded by the Australian government to bring together women’s organisations and individuals across Australia to share information, identify issues and their solutions, to respond to and prevent VAW and violence to their children. AWAVA wants women’s voices and particularly marginalised women’s voices to be heard by the government. Members include organisations from every state and territory in Australia and representative organisations working on diverse issues, including domestic and family violence, sexual assault, feminist pedagogy and women with disabilities. 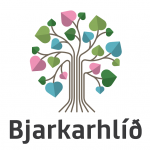 Based in Reykjavík, Bjarkarhlíð is a family justice centre designed for survivors of family violence. The centre carries out individual interviews, legal and social worker consultations, and services for survivors of human trafficking at no charge. Bjarkarhlíð partners with authorities and fellow NGOs to meet the needs of survivors and their children, to provide a common forum for information and discussion about the different manifestation of violence, and to send a clear message to the community that VAW will not be tolerated. 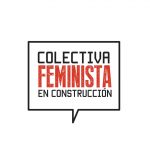 For years, Latin America has been plagued with femicide — the systematic killing of women based solely on their gender — giving rise to movements such as “Ni Una Menos” (“Not One Less.” ). The Colectiva Feminista en Construcción is a Puerto Rican feminist collective that actively fights against different forms of oppression and power such as racism, sexism, machismo, colonialism and xenophobia. In late November 2018, the group helped organise a march to demand an end to VAW. Protesters marched to the Governor’s mansion, demanding an end to gender-based violence and femicide. 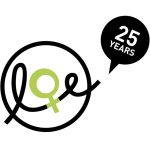 The European Women’s Lobby (EWL) Observatory on Violence against Women brings together a dynamic group of women from more than 30 countries in Europe with outstanding experience and expertise in different forms of male VAW. It was established in 1997, two years after the adoption of the Beijing Declaration and Platform for Action in 1995, when the states committed to take action to combat VAW. It plays a key role in monitoring progress towards a Europe that is free from male VAW. It raises visibility and monitors local, regional, national and European level commitments regarding VAW.

Femili PNG is an NGO based in Papua New Guinea that runs Case Management Centres (CMC) supporting survivors of family and sexual violence to access the services they need. Its target population is women, men or children who are survivors of intimate partner violence, sexual violence and/or child abuse. Formed in 2013, the organisation is managed by a committee of Papua New Guinea and Australian stakeholders in partnership with  The Australian National University. The CMCs work with existing service providers in Lae and Port Moresby – the Family Support Centre, safe houses, the police, the prosecutors’ office, government social workers, and other NGOs. 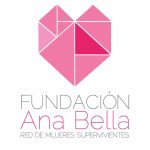 Ana Bella Estevez is a domestic violence survivor, but does not define herself by her troubled experiences. Through her foundation, she spearheads Spain’s women’s survivor movement, and reaches out to 1,200 women every year. By offering peer-to-peer support based on the principle of portraying positive testimonies of survivors, Ana Bella is enabling abused women to empower themselves as social change-makers. Through a mobile application called “We”, the NGO seeks to help women in Spain and will later roll out the app to other Spanish-speaking countries. 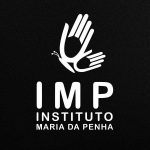 Founded in 2009 and headquartered in Fortaleza, the Maria da Penha Institute (IMP) is an NGO that works to fight VAW in Brazil. Its emergence is directly linked to the life story of Maria da Penha, who became a symbol of the struggle and fight against domestic violence against women in Brazil. The NGO is very active in working together with authorities to shape public policy. It also recently opened its platform “Relógios da Violência” (Violence Counters) so that any individual or institution worldwide can input statistics of aggression in their country. The initiative has begun with data from the United States and Colombia.

KWHL was established in 1983 in the beginning of the women’s movement in South Korea, and now has 26 local branches located throughout the country. KWHL oversees counselling centres and shelters for survivors of domestic violence. It also produces films, lobbies policy makers and holds symposiums and demonstrations. One of KWHL’s largest programmes is its International Solidarity Program, which networks with other women’s NGOs all over the world, particularly in women’s rights and domestic violence. 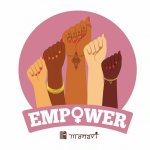 Founded in 1985, Manavi is an organisation in the United States that specifically addresses the needs of South Asian women affected by violence. Its objective is to reach out to these women and be an essential resource for them during their time of crisis. Manavi provides a unique blend of culturally specific support services and intervention methods through Western advocacy practices and linguistically traditional techniques. With a mission to end all forms of VAW, Manavi began as an awareness campaign on issues concerning South Asian women; today it continues to centralise women’s needs and interests in all its organisational decisions and service provisions. 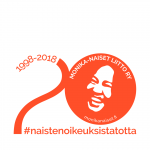 MONIKA is a Finnish multicultural women’s NGO that provides support in several languages and  specialises in types of violence that affect immigrant women in particular, such as honour-related violence. Shelter Mona (Turvakoti Mona) is the only shelter in Finland offering crisis assistance and secure residence in a secret location. Victims of domestic violence from all over the country have access to this service. Additionally, Crisis Center Monika (Kriisikeskus Monika) offers low-threshold crisis help, psycho-social support and supportive housing after leaving the shelter for the victims of violence or women who are threatened with violence. 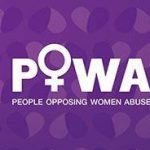 Johannesburg-based POWA was formed in 1979 by a group of women volunteers to provide referral services and shelter to women experiencing domestic violence. POWA was the first organisation to establish a shelter in South Africa for abused women in 1981, and pioneered second stage (or transitional) housing for women in 2009 in Gauteng. With over 30 years of history behind it, POWA is regularly consulted by the private sector, the government and civil society on educational and decision-making matters pertaining to women’s safety and enjoyment of their rights. 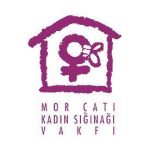 Purple Roof Women’s Shelter Foundation, or Mor Çatı in Turkish, is a place of shelter and solidarity for women who seek to end the violence in their lives and walk away from it. Providing a safe space for women to be listened to without prejudice, Mor Çatı supports women by offering them assistance with their individual cases and directs them towards the resources they need. The women’s shelter was set up in 1995, eight years after the first women’s march in Turkey in 1987. 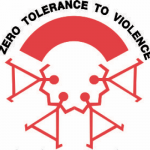 Shakti Shalini, a Delhi-based NGO, aims to empower women and help them overcome abuse by making them realise their inner strength. Eradicating societal discrimination is their number one priority. Victims of violence are provided with boarding at a shelter, legal, medical and economic support, and counselling at the NGO’s Crisis Intervention and Counseling Centre. Shakti Shalini works to address gender violence from multiple directions, covering both response and prevention mechanisms. 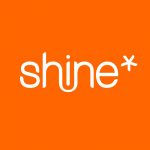 Established in 1990, Shine provides a range of effective, practical and innovative services to achieve its mission to stop domestic abuse in New Zealand. The NGO directly helps thousands of adult and child victims every year to safety through its frontline services. In addition to its national helpline, Shine help victims of domestic abuse to be safe through its women’s refuges, Shine safe@home service (in Auckland, Tauranga, Christchurch), and KIDshine (specifically for children exposed to domestic abuse) programmes. It also aims to motivate men who use abuse to change through its No Excuses stopping violence programme. 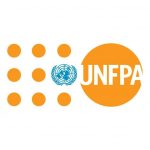 UNFPA, the United Nations Population Fund, works to prevent and respond to gender-based violence through its work with policymakers, justice systems, health systems and humanitarian partners. UNFPA also focuses on eliminating harmful practices, including FGM and child marriage, and helps to engage men and boys to advance gender equality. The organisation was created in 1969,  and is one of the UN’s lead agencies working to further gender equality and women’s empowerment, and to address the physical and emotional consequences of gender-based violence. 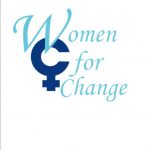 Women for Change’s mission is to build the capacities of rural communities in Zambia, especially women and girls, to achieve sustainable human development. Based in Lusaka, the NGO looks to challenge the structural sources of inequalities inherent in policies, laws, institutional mechanisms and thinking. It operates in five provinces – Lusaka, Central, Western, Southern and Eastern.