Lindsay Fischer is an after trauma thriver who used her story of resilience to continuously reinvent herself as life has thrown her more curveballs. She is a two-time best-selling author, blogger, and a boy/girl twin mom via IVF. Though domestic violence and infertility are two life-changing events, Lindsay has chosen not to let either define her and, instead, empowers other women to work through the hard bits by finding power in choice and by eradicating shame through sharing their stories. She currently blogs at ComplicatedMommies.com and is the co-founder of the InfertileAF Summit. 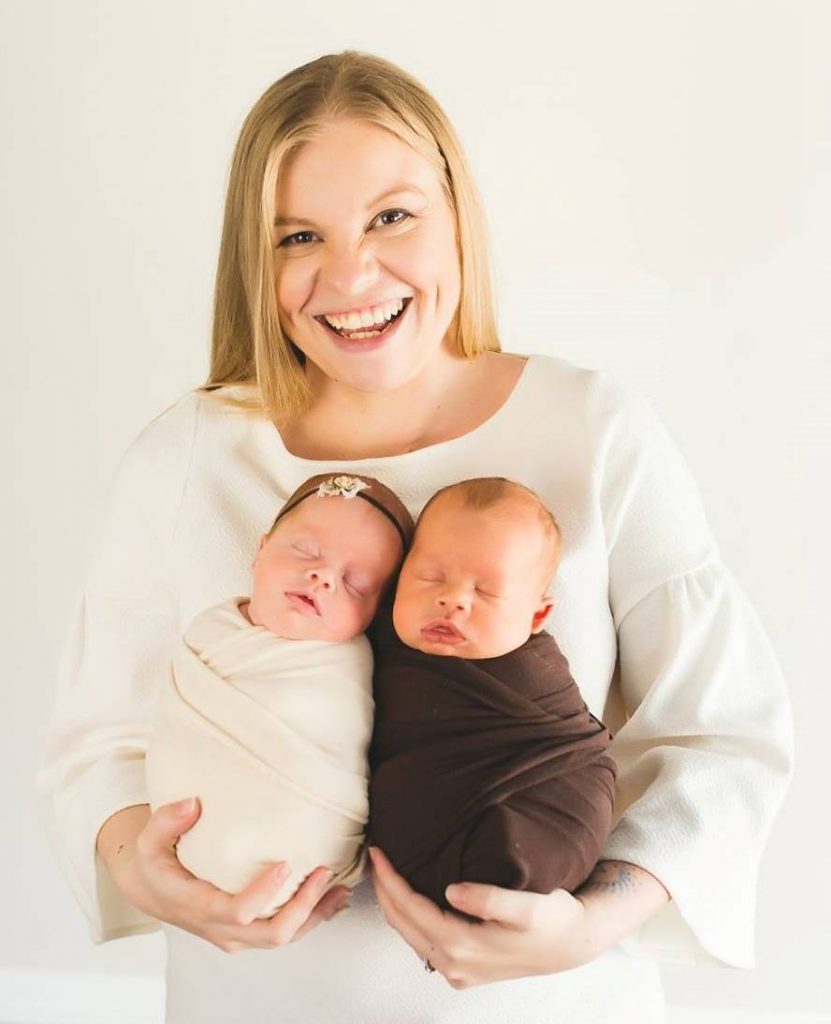 I survived an eighteen-month violent relationship with a sociopath (outwardly successful, handsome and intelligent, but inwardly dangerous), including physical, sexual, emotional, spiritual and financial abuse.

During my relationship, I lost my job. After leaving, I lost my house and car. At twenty seven years old, I was unemployed and homeless, only three years after starting a successful career as a high school English teacher.

Before leaving, I feared escaping because I thought he’d kill me if I tried. A few days before I left, he held a gun to my head, telling me that he loved me so much he could kill me. Then, the day I left, he threw me down a flight of stairs and kicked and choked me on the basement floor. I knew in that moment, that he was going to kill me whether I stayed or left, so I made the choice to leave.

For the first year afterward, coping was difficult. I was self-harming and self-medicating to deal with my PTSD. My experience taught me that the aftermath is just as difficult to cope with as the abuse, but I couldn’t afford therapy due to the financial abuse. Searching for a way to heal, I began blogging under my pseudonym.

When other survivors reached out to me, sharing their stories and thanking me for mine, I realised that writing was helping. Along with that, someone wrote me about non-profits who offer free trauma therapy. One Google search later, I found a local group that offered free trauma therapy and called them immediately. The wait list was long, but six months later I started their programme, graduating three years after I began. EMDR (Eye Movement Desensitisation and Reprocessing), individual and group therapy were all included.

Sometime during that period, I wrote my book and started a Twitter chat called #domesticviolencechat to reach other survivors. I began teaching again and moved to distance myself from my abuser. The process was long and hard, but absolutely critical to rebuilding.

UPDATE: I have continued to thrive through additional traumas by using the tools given to me during trauma therapy, including grounding exercises and self-care.

My second book, The Two Week Wait Challenge, is a self-care guide for women seeking infertility treatments, but is based off my learnings while enrolled in domestic violence therapy. Basically, it wouldn’t exist without the work I did because of my abuse. I wouldn’t have done so well with infertility treatments without the tools I was given. I rebuilt, yes, but I also reinvented myself and it’s a silver-lining I didn’t anticipate but am so thankful for.

It’s normal to feel alone and normal to question your thoughts, beliefs and actions. Being traumatised shuts down the logical part of your brain, and getting that to work again can be difficult. Look for ways to heal yourself, especially if you can find a non-profit who offers any type of support. You can find these by reaching out to big organisations like NCADV. Even in the painful moments of life after trauma, it’s still more rewarding and worth it than staying in a dangerous environment.

Talk to other people who’ve survived what you have, practice self-care every day, and remember that you’re not alone, you can heal and there are people who want to help.

UPDATE: Do not stay silent. Find support on the internet, in Facebook groups, or other social media platforms. Create a community surrounding you who knows exactly what you’ve been through and can practise empathy while you navigate the hardest days. Now more than ever, there are so many others sharing their stories, so use that openness to your advantage; it will help you alleviate shame.

By continuing to have the hard conversations about the existence of VAW and educating society about its prevalence. Our culture doesn’t realise how engrained VAW is in mainstream life (including media) and we need to be adamant about pointing this out as we continue progressing towards a safer world.

UPDATE: We need to keep having the hard conversations we are. Movements like #metoo are helping bring awareness, but that means we have to keep working and stay in the forefront as a relevant, critical piece of what society needs to help end DV.

Because the Pixel Project supports women like me, who’ve survived violence. They also educate society. One look at their mission statement better explains how their purpose aligns with mine. It’s time we stand up, all of us (men and women) against this violence. The Pixel Project helps.

UPDATE: The Pixel Project has been consistently shedding light on VAW and is truly an ally for women and girls. Their mission has not changed, nor has their passion. It’s a great outlet for many to find solace and solidarity, especially when VAW can make you feel so alone. I love receiving their updates and seeing the work they relentlessly do.