Brianne Coleman is first and foremost a mom and an advocate for social justice. She is a survivor of child molestation, rape and domestic violence at the hands of two partners. When she is not with her closest friends, family and kiddos, she can be found writing her emotional memoir, advocating for victims/survivors or working on the launch of her non-profit, Dimensions of Intersections, which supports victims and survivors of domestic violence, sexual assault and child abuse. She recently graduated from Purdue University with her MBA and will be attending University of Denver to obtain her Master’s in Social Work, with a focus on trauma and mental health. Brianne enjoys walks on the beach to clear her head, rides on her motorcycle, sometimes being lazy and binge watching TV,  and lastly, enjoying the peace of being happy as an individual. 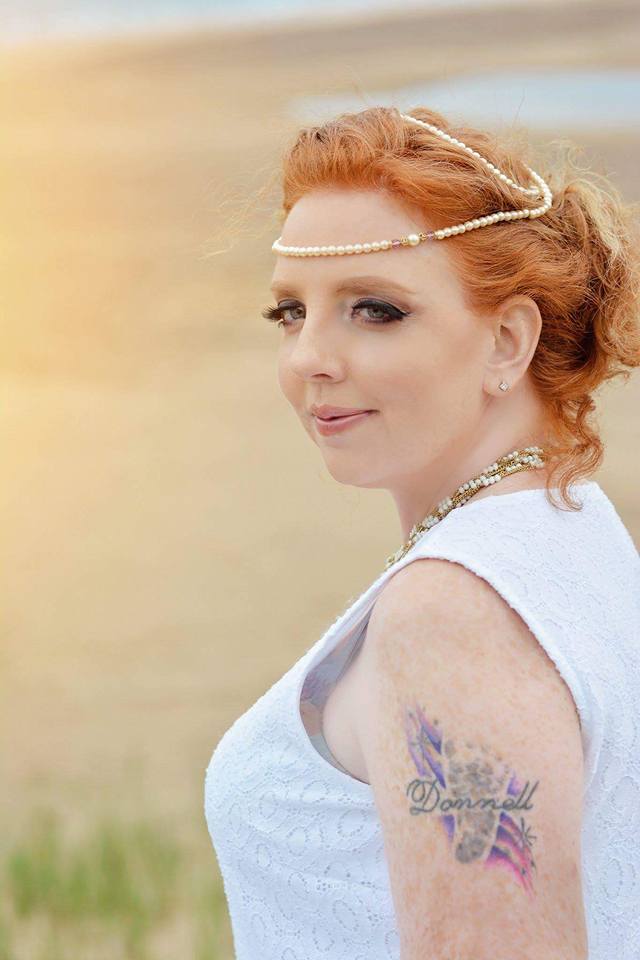 My youngest son’s father started his abuse three months into our relationship. The first time he hit me was on New Year’s Eve 2002. He beat me with a belt for an hour that time and forced me to sit in a scalding hot bath.

I left the following day, stayed away for a few months and during that time, I found out I was pregnant and went back. He promised to get help, get on meds and never hit me again. I believed him but the violence gradually got worse. He locked me and my oldest son in our apartment for days and days without a phone. He would come home and beat me, rape me and sexually assault me at gun point during my entire pregnancy. He constantly threatened to kill our unborn son. The day I came home from the hospital after having our son, he forced me to walk to the car instead of pushing me in a wheelchair. When I didn’t move fast enough, he kicked me in my private parts. I was 24 hours post-delivery. He was crazy and I was scared to leave.

He had severe mental illness and I knew I couldn’t stay much longer or he would kill me. It was two months later, in November 2003, that he called me home from work and beat me for over three hours. His weapons of choice that day were his fists, plunger sticks, glass candles and whatever else he could find. My oldest son was 2 ½ and watched the entire episode. He was crying so hard that he vomited on himself and my son’s father literally threw him in the bathtub. He had been abusive to him as well. He hung me over the stair banister and threatened to kill me, then he kidnapped our infant son and took off.

I called my other son’s grandma and she got me out of the house. We had to wait for the SWAT team before I could get my baby back. About three hours after I left, the police swarmed our apartment, he was arrested and my son was returned to me.

UPDATE: I experienced additional abuse at the hands of my now ex-husband.  In 2015, we were attending a large charity event supporting victims of domestic violence, and I was the featured speaker.  Later that night, in our hotel room, my ex-husband, who was intoxicated at the time, beat me so severely that I was diagnosed with a severe concussion the following day.  And yet, I stayed.

After he was arrested on November 13, 2003, I went to our apartment and gathered as many of my things as possible and went to St. Jude House, a battered women’s shelter. The care I received was unbelievable. They were great. They were supportive and non-judgmental.

I stayed for a little over 60 days until I was able to get back on my feet. I got an apartment which they helped me furnish and we started our lives over again, fresh and anew. I took him back one more time after that. I still loved him. He got upset with me one night because I didn’t want to have sex and so he beat and raped me again and slept with my phone so that I couldn’t call 911.

The next day, I called the police and that was it. I was done. I never looked back.

UPDATE: The last two years (2015-2017) with my ex-husband were complete torture.  He controlled my every movement, dictated my friends, forced me to take a lie detector test to prove I was faithful (which I passed) and even put a shotgun to his chin in front of me and my children as he threatened to kill himself if I left.  He was a raging alcoholic in addition to this.

Three months later, I moved out after a three-day drinking binge that included several failed attempts on his part to inappropriately touch me.  I felt extremely violated.  I tried to work on things with him for about a month or so, but his control issues, lack of respect for me and continued insecurities sealed the deal.  I finally accepted the fact that he was psychologically, physically, sexually, mentally, and emotionally beating the life out of me.

After five years of marriage, we were divorced in May 2017.

Healing is a long and difficult process. Admitting all the things that he did to me was the hardest. I had a hard time accepting the fact that a man I loved could hurt me, rape me, and violate me in the way he did. It was difficult. I started rebuilding my life after the last time by signing up for college and getting my degree. I wanted to do better for my children.

I managed to get my Associate’s Degree in less than a year and my Bachelor’s Degree in about 15 months. In 2008, St. Jude House asked me to speak at their Annual Vigil as a survivor. That was Stage 1 of my healing process. I sought therapy afterwards and forgave him. It’s part of the process. I will never forget what he did to me and a part of me is still scared, but I have to remember that I am a survivor for a reason.

Earlier in 2015, I was asked to be the Guest of Honour for St. Jude House at the First Look for Charity Event hosted by the Chicago Auto Show. I was able to tell my story in a docu-drama film that was shared at the event and has been shared at other events. I plan on spending the remainder of my life being an advocate and telling my story to inspire others.

UPDATE: Rebuilding after this divorce has been anything but easy.  I literally had to start my entire life over, since I gave up everything to be with him.  I became very sick during this time and had to take time off work to get healthy.

Luckily, I was able to purchase my own home four months after our divorce and finished school in December 2017 with my MBA. But my credit took a major hit from the divorce, illness and inability to work. My non-profit has become 501(c)(3) certified and I am still working on that.  I am working on repairing my heart, my life, and my credit.

It is difficult to tell someone what to do in these situations because until they are ready to walk away, they won’t walk away. I share this motto: “When the fear of staying is greater than the fear of leaving,” is when victims become survivors and get away from their abusers. At least that was the truth for me. As an advocate, I encourage and support, offer resources and listen. I am support. I share my story as inspiration and hope to continue inspiring others.

UPDATE: If you see the red flags, please don’t ignore them.  Listen to your gut and the people closest to you.  Love causes us to put on blinders and ignore the obvious that stands before us.  Others can often see what we can’t.  Keep fighting!  Stay strong!  We can do this!

Ending violence against women is a challenge because so many women don’t know the signs. So many women have low self-esteem and abusers prey on these women. We need more support, more resources and more love from women. So many women are afraid to tell their stories. I created a support group on Facebook and many of the women, years after their abuse, are still afraid to tell their stories. We need to find a platform where women of all cultures, all races, all socio-economic backgrounds can come together to uplift and encourage other women. It starts with each individual doing their part. Also, laws need to be stricter for the abusers. A slap on the wrist isn’t doing the trick. Restraining orders mean nothing to abusers. Stricter laws and more assistance to women who endure violence at the hands of men is a great start.

UPDATE: A piece of advice I have taken and used as my motto – “If you see something, say something.”  USE YOUR VOICES!

I support The Pixel Project because it is an international organisation that can and will touch many men and women. Social media is so large that it will reach wider audiences and that makes me happy. I love that celebrities are involved because, as we know, people follow celebrities. I would love more than anything to be a part of this movement. Stop violence against women. Stopping violence against women and girls is a very personal goal of mine.