Our third Survivor Stories interview of 2019 is with Melinda Kunst from the U.S.A.

Melinda Kunst, a child abuse/domestic violence survivor, first began sharing her story by blogging and was later on encouraged to write her memoir. She is a domestic abuse speaker and speaks on topics such as thriving after abuse, self-esteem challenges, teen dating violence, vision boards and more.

She has re-married and is a happy mom and grandmother. She raises bees, chickens, ducks, a rabbit, and a goat. Wearing many hats, she is an aspiring herbalist, reflexologist and antique dealer. On top of all that, she’s also a Lyme disease warrior. Having found her “forever home”, she has future plans to include a “Healing Sanctuary” for women and children battling PTSD. 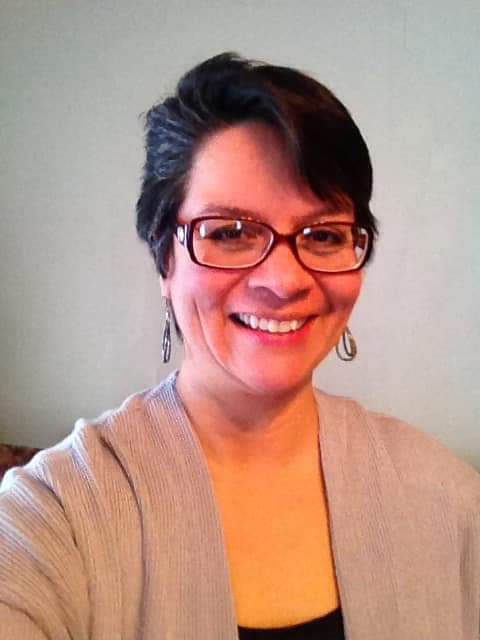 My story starts as a young child witnessing many heated arguments between my mom and stepfather. One day mom had the courage to stand up to him and tell him, “No more!”. A little bit later, he turned his abuse towards me. For many years, I endured his heavy hand. It wasn’t until my mom decided to leave him that the abuse stopped for good. She went on to re-marry another man who was good for us.

I ended up befriending a boy in school who would later become my husband. However, the red flags were staring at me. My friends brushed my thoughts aside. They would love it if their boyfriends followed them home, called them every hour or more to check on them, or wait outside wherever I was, anywhere and anytime.

Eventually, he became verbal and raped me on more than one occasion. Feeling ashamed and scared, I tried to break it off with him but he threatened to kill himself or family if I left. I was unhappy and saw no hope of leaving. As time went on he would use controlling tactics to alienate me from my friends and family. Losing all hope of leaving, I later married him.

I had left our situation two other times prior to when I left the third and final time, after careful planning for when he went to work one day. I found out the night before he was called to work as a seasonal construction worker. As soon as he left, I called my sister to tell her that the time to go was immediate! I quietly told my kids the night before that we were leaving. I grabbed all I could as fast as I could go.The feeling was urgent and terrifying.

It wasn’t until we were safely inside my sister’s home that we could relax a bit. He did find us that night and tried to talk me into coming back. My sister called the police to escort him off the premises. This didn’t stop him from later assaulting me on several occasions, he also hired someone to kill me, had stalked me, and convinced my eldest son to try to murder me while I slept, which severed our relationship.

I went to counselling afterwards. I found solace in empowering myself to go back to school to get a degree in medical assisting, became a birth doula and reflexologist, and began advocating for women. I also found more holistic practices to heal through prayer, journaling, using essential oils, getting into nature, using self-help books/videos and affirmations.

I thought staying was the scariest thing I ever did. But, truthfully leaving was terrifying! The fear of the unknown, how I would survive when I had no money, job or insurance, and to know that the 72 hours after leaving your abuser are the most dangerous. That being said, it was the best decision I ever made! I would do it again in a flash! There are resources and organisations which can help you financially, and  with finding work and housing. The importance of self-care is very important as you start your new journey. I didn’t realise how crucial this was until later.

Education is the key to working towards ending violence against women. Start teaching children what a healthy relationship is when they are young, to learn boundaries in a relationship and to communicate well with one another. But also to begin to educate adults to learn all of these things now in order to pass them down to the next generation.

I support The Pixel Project to help reach those that are struggling in the dark and for those that have had their light put out before they were able to get to safety. Advocacy programmes to educate and share information from other beautiful Survivors is an amazing way to help people know they are not alone.