Our twenty-second 2016 Survivor Stories interview is with Ruth Piper from the USA.

My name is Ruth Piper and I was married for seven years to a very abusive man. It has been 14 years since I was able to leave him the final time. We had two children together. They were 1 and 3 when I left their father. I had no job, no money and no family close by. I am now a legal advocate for domestic violence victims, working at Catalyst Domestic Violence Services. My dogs and my kids are my two greatest joys in life. I have three sons and three dogs. Since my sons are all almost grown now, my dogs and I spend a lot of time in the park chasing balls. 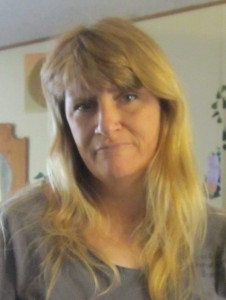 I was in a very emotionally/verbally abusive relationship for seven years. I was not allowed to leave the house without him, nor was I allowed to answer the phone. I had become isolated from friends and family and I did not have much, if any, contact with anyone other than my husband.

Over the seven years he repeatedly told me that I was stupid, crazy and worthless. I believed him. He had me convinced that I was lucky to have him to take care of me because no one else would put up with my ‘sorry ass’. My three year old son had also begun to treat me just like his father did, and that scared me.

Both children had witnessed much of the abuse that had happened. At that time, my three year old son had grown accustomed to spitting on me and calling me names just like his father.

My mother had finally become aware of how volatile my marriage was and witnessed my husband verbally attack me and promise to kill me. Although she lived over 400 miles away, she managed to call me every day, sometimes two or three times a day, to tell me that I was NOT stupid, NOT crazy and tell me all the good qualities that I possessed and to tell me how she feared for my safety all of the time.

After some time with her consistently calling, I began to get stronger and more aware of the reality of my situation, which in turn gave me the tools I needed to see my own situation for what it was, and to realise how wrong my husband was and how unsafe my situation had become. It did take some time to get my husband to really understand that we would never be together again, but eventually he stopped pursuing me.

The first thing that I did was to begin to surround myself with people who saw me in a positive way and who were supportive. I found a part-time job and enrolled at the community college. The first two years I had to have a roommate so there was another adult in my house to help keep my husband at bay, and to help with the kids. Eventually I became more and more independent and no longer needed so much help.

After two years at the community college I continued my education at the State University, graduating with a BA in Psychology. In my last year of school I started volunteering at my local Domestic Violence agency to work with others who were in the same situation as I had been. Out of everything, the one thing that proved to be the most healing was working with people who were in abusive relationships. It allowed me to feel like what I had lived through had a purpose. And I was able to pull the positive things out of the experience and use them to help others.

Always stay in contact with at least one person who is not directly involved in your situation. Someone who can support you any way you need, remind you that you are important in this world and have a lot to give, and that you deserve to be treated fairly, with kindness and compassion.

If you do not know anyone, start telling yourself in the mirror positive affirmations every day. And don’t ever give up on yourself. Your strength is within. Whatever is happening, it isn’t your fault and you are not alone.

Educating our children as early as kindergarten about healthy relationships and how to treat each other with kindness and understanding. Stop exposing them to the violence you find on the television and see in the advertisements. Stop allowing for sexism in any form. We passively support violence against women by allowing magazines, big business, and marketing companies to continue using the female image to promote their products. We buy into it, and that would have to stop before anything else can change.

I support The Pixel Project because their Survivor Stories campaign seems like a good idea because it is important to share our stories, because our stories are what really help people understand the seriousness of the issue.