Our nineteenth 2015 Survivor Stories interview is with Rhonda Myers from USA.

My name is Rhonda. I am 31 years old and a survivor of domestic violence. I was a victim at the hands of my biological father, both mentally and physically. Since then I have rebuilt myself, acknowledged the issues it caused me, and worked to fix them. I have grown. I am now working full-time in a hospital and I also go to school full-time, working on my Bachelor’s Degree in Psychology and Child Learning and Development. I plan on attending Grad School in the near future to get my Master’s in Clinical Psychology and obtaining my license to be a counsellor. 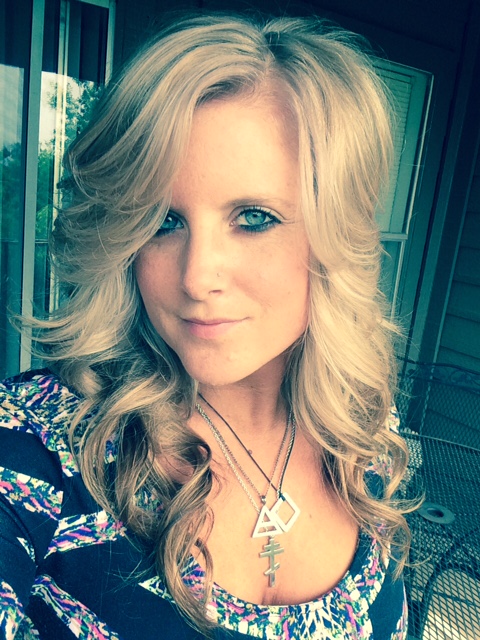 My biological dad was a very violent man. He was both physically and mentally abusive to my mother and I. I cannot recall how many times I sat in the back of police cars and in hospital rooms with her because of his violence. I witnessed and was made to do things that I cannot even describe, both violent and sexual, because they are much too graphic.

I developed a fear of speaking due to witnessing time and time again his physical abuse on my mother for simply saying anything at all. I was terrified he would do the same to me and he described, in detail, what he would to me and how he would kill my mother and make me watch, if I did not behave in ways that he seemed fit, which was silence.

Growing up and going to school, I was terrified to speak, even after we got away from him. My mom used to have to write letters to my teachers explaining why I would not speak and I was scared of anyone I did not know.

With the help of family, and finally a court order, my mother and I were free from him. We lived with family for a while, during the time that my mom was building a new life for us. I recall the countless times he tried to take me away and I remember hiding from him when he would show up unexpectedly. As my mom grew stronger, she was less scared to take action against him and he finally realised she was not afraid of him anymore and would continue to fight against him, for her life and mine.

Healing and rebuilding took time and patience. As I watched my mother become stronger, I knew I could too. Speaking anywhere besides at home took time for me. It was very hard and sometimes it still is when I meet someone new, especially a male.

For a long time I thought all males were violent and it took time to understand they were not. Some days were easier than others at the beginning, but we pushed on. The stronger my mother got, the stronger I became. Family love and support helped us when we became discouraged. We have a bond now that is unlike any other and that bond is unbreakable. The trials helped us become closer and we know that we will always be there for each other.

Understand it takes time and patience to get out of and/or fix the situation. It CAN be done. These things are not your fault, even though you may truly believe they are. There is so much support out there for you, you just have to let someone know. Talking about it is the first step and I know it is completely terrifying but you deserve to live a happy and safe life. We all do. I never thought I would be in a position to be able (or even live) to share my story and hope it encourages others to seek help, but I am here. And you can be here too.

Raising awareness is what we need to continue to do. Speaking out, sharing our stories, and spreading the word can have a great impact. Education is highly important as well, and it needs to start young. Educate both boys and girls about violence, and equal and human rights. Social media can be great to spread the word. Speak up against violence of women, sexism, and stop demeaning the feminine. Volunteer and/or donate to legitimate charities and organisations that advocate for women.

I discoveredThe Pixel Project through the National Coalition Against Domestic Violence (NCADV). As I read through their previous campaigns and projects, I felt incredibly moved by their efforts to end violence against women. They raise awareness in unique ways and encourage education and this is something I strongly agree with. As a survivor, I feel it is important to discuss, share, and encourage so that others in the same situations see the light we are shining at the end of the tunnel, and I feel that The Pixel Project is doing just that.