Our second 2015 Survivor Stories interview is with Julie Medina from the U.S.A.

TRIGGER WARNING: The first two Q&As in this interview may be distressing for some rape and sexual assault survivors.

Julie L. Medina, J.D, is a prosecuting attorney specialising in the prosecution of domestic violence and sexual assault cases. She is a graduate from Creighton University School of Law where she received the “Outstanding Service to the Law School” award for her Speak Out programme, which educates students on sexual assault and domestic violence. During her programme, she shares her own personal story as a 16-year rape survivor which happened at the hands of one of her male bosses while she was at work. Since 2007, her program has reached over 17,000 students. Julie also works throughout the community training and educating professionals, and has received multiple community awards in recognition for her continued work and advocacy to end violence against women. 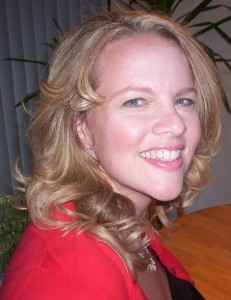 I was raped on December 11, 1997 by one of my bosses. At the time I was working as the Administrative Assistant at a major paint corporation for several of the sales managers including this individual. My rapist had worked for the company for over 25 years and had sexually harassed woman for years. The women in the company had complained for years. Many quit but the company did nothing about it.

Within a week of my starting with the company he began his pattern of abuse. He would come up behind me, touch me, touch intimate areas, rub my neck, and trap me in closets, copier rooms, anywhere that would allow him to do his touching. He made it so we were alone in the building without my knowledge on December 11, 1997, and raped me. It was 25 of the worst, most terrifying minutes of my life. I was strangled during part of it, he cut part of my hair with a letter opener, he threatened to kill me, to find me and do it again and warned me how no one would believe me over him. He forced me to look at him the entire time and if I looked away he would physically force me to look at him. Power, control, humiliation is all this crime is about and that was clear in what he did and how he did it.

I forgot my rape for almost 2 years but had every symptom of PTSD and Rape Trauma Syndrome. I continued to work for the company and he continued to escalate the harassment. The four of us women in the sales office finally decided to complain one more time to management. The company protected him and fired us.

In the investigation of the harassment when I had to tell all the harassment over and over I found I began to have flashbacks of the rape. This would lead me to where I had hidden my clothes that night and a journal I kept. When I found those items, it sent most of the memories of the rape flooding back. I had evidence on the clothes but by then it was too late to prosecute since the Statute of Limitations had expired.

We hired a lawyer who fought for us and eventually my rapist was let go from the company. He then stalked me horribly for almost a year including breaking into my apartment and leaving the hair he cut that night on my bedroom pillow. I moved, but he followed me. I moved again, and this time was able to escape from him and was able to go back to school for my law degree.

It was hard at first because he was stalking me and I suffered from PTSD, flashbacks, horrible panic attacks and anxiety. I had a dream to become a prosecutor so I found that strength within myself and I went back to college, got my degree, went to law school and became a prosecutor specialising in prosecuting crimes of domestic violence and sexual assault. I could not put him away in jail so now I fight to put away those who commit these crimes and bring justice for victims. I also found my voice and began speaking about my experience to whoever would listen.

Initially, I tried counselling but it did not work for me. What did work for me was talking to other survivors and sharing my experience and meditation and relaxation techniques for the anxiety. I focused on the strength I had found within myself to continue to heal. In the past year, because of speaking so much about the rape, the remaining, most violent parts of it have come back to me. This time though, I knew what I needed to do to handle it. I confided in trusted friends and fellow survivors and for the first time I truly found the strength in myself to ask for help and again tried therapy. This time I found an amazing therapist who has helped me and continues to help me heal and move on from this experience.

You absolutely can survive this! What happened to you is part of your life experience but it does not define the amazing person that you are. Recovery is your journey, your road, and know that there is no timeline for it. You can have a few bumps and “roundabouts” in that road. These are not “setbacks” but just a small detour in that road. We all have them but then we get back on that road. Just know that you are not alone and you are “normal”.

There are so many members in this club who understand and who are walking that road beside you. Remember what happened was not your fault. We all have obstacles in our lives, it is how we deal with those obstacles that defines us. This experience will show you that you can do anything you want to do, that you are stronger than you ever thought possible. Dream your dreams and go grab them and make them a reality! Live your life, do not ‘just exist’. You have come this far, anything is possible!

Education, education and more education! I developed a programme called “Speak Out” where I go into the area middle school, high schools and colleges with a co-presenter who is a domestic violence survivor to educate students about domestic violence and sexual assault. What I have found is that this rape culture has already infested children at ages as young as 10. We need to send the message to stop blaming the victim and to put the blame on the perpetrator where it belongs. Many of these young men also are never taught boundaries, respect, and what consent really is. If we begin to get society talking about these crimes, to not to be embarrassed about these issues but rather to talk about it, we could stop so many of the myths and misconceptions surrounding these crimes. Ending the myths would help others see these crimes for what they are – crimes of power, control, humiliation where the fault is the perpetrators and the predators alone. We can then stand together and make these individuals accountable through changes in laws and penalties for committing these crimes.

The Pixel Project’s mission is the same as my own: to educate and get people talking about violence against woman. Even in 2015, we as a society are so afraid to talk about these issues. As I stated above, the key to ending violence is education of all society but especially our young woman and men. The best way to achieve this goal is widespread education through technology using stories from survivors and other examples from pop culture to show individuals how the rape culture bombards their lives every day. I highly support the ideals and mission of The Pixel Project!