Casey is a secondary physical education teacher, as well as the coach for the hockey, football, and softball teams at his school. He has been married to his wife, Stacey, for four years this August and has two children – Max, 2 years old, and Mikayla, 7 weeks old. Casey spends his free time backcountry camping and canoeing with family and friends. 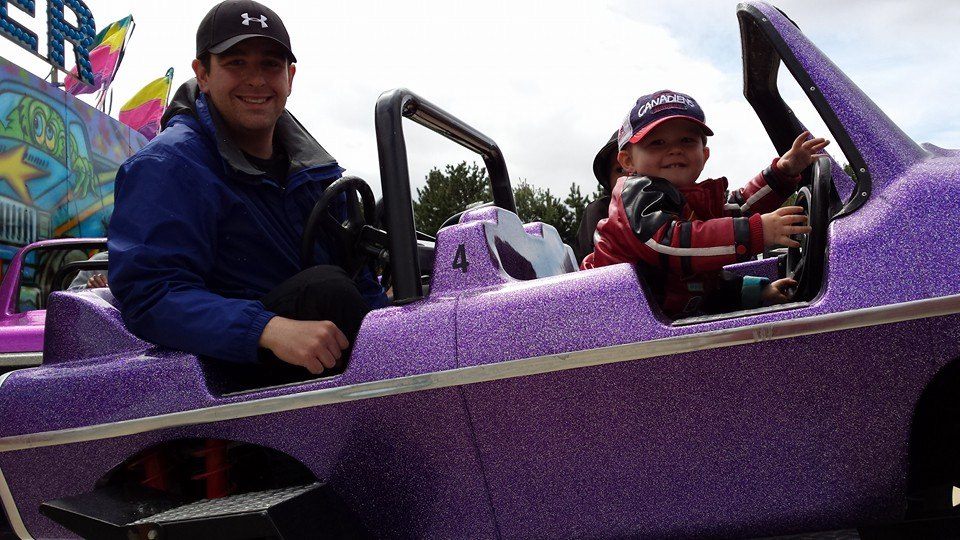 The best thing about being a dad is the love that you receive from your children. When my son greets me at the door when I get home and screams, “Daddy!” my heart melts. When my infant daughter looks deeply into my eyes and gives me a small smile, it also warms my heart. Seeing the huge smile on my son’s face the first time he got to ride some of the rides at the fair was very fulfilling for my wife and me. Fatherhood also brings my wife and me together more. It has strengthened our bond and enhanced our love by filling our home with little giggles and smiles.

My father was absent in my life until I was 20 and, even to this day, I’m not particularly close with him. My mother was the one who raised me and always stressed the importance of treating both genders with the upmost respect. Her strength and determination helped show me how women can do whatever is necessary to provide for their children. Her constant love and guidance has helped me become a man with good family values and a loving family. I learn all of that from the guidance of my mom.

I think it’s all about respect. Fathers and other male role models need to always show respect and talk openly about respecting women. They must teach that violence is wrong in all situations. Avoiding stereotypes is also very important. A few comments by a male role model can really affect a young male’s view on a subject. When it comes down to it, if you teach and show respect for women, your son will, too.