My name is Merrill, and I live in Montreal. I used to live in Toronto – that was where I became a Dad to my daughter Lea. I’ve been working at the National Film Board of Canada for the last 9 years. During my “down time” you can find me either playing with ponies with my daughter, writing stories with her, listening to my iPod and writing my own stories. Life is good. 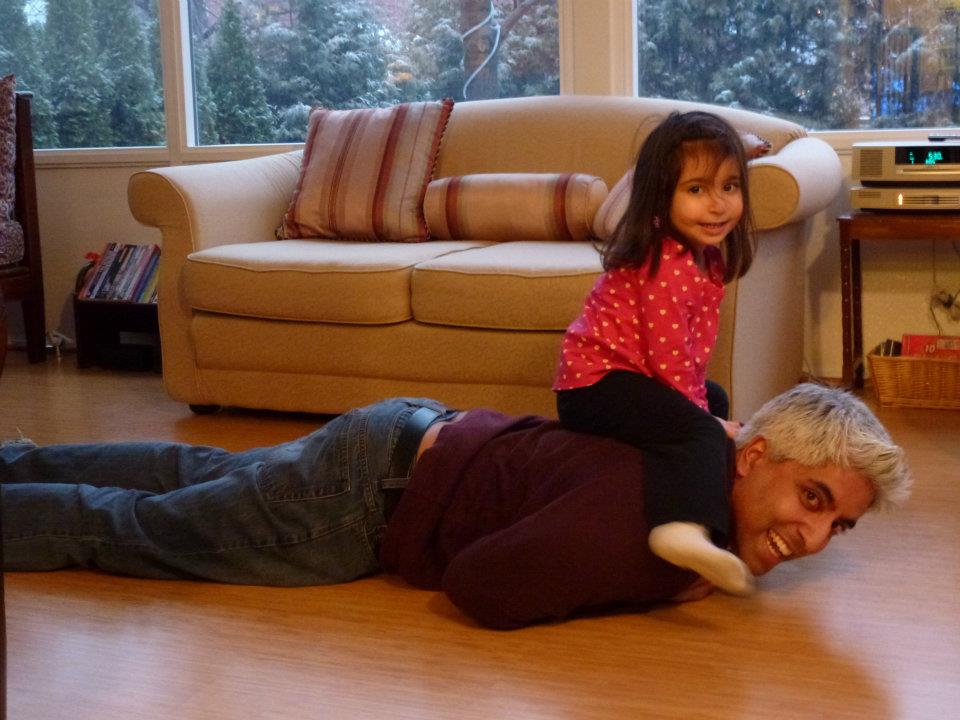 Where do I start! The best thing about being a dad is perhaps the knowledge that you have the responsibility of being a role model for someone that is looking up to you for guidance. I love the notion that someone is looking to me to be a good example – and it’s something that I don’t take lightly. And on a more direct level, the best things are the tight hugs, the kisses and the openness with which your child relates to you.

This is very interesting because I did not grow up with a father in my life – I grew up with many women (my mother and my sisters) as my role models. As a child, I have always respected, loved and raised up women, which has been received by many of my male peers as either a sign of weakness, weirdness or lesser than. Now being a father to a girl, my role as her parent to achieve and be whoever she wants – no boundaries whatsoever and I can be there to support that.

They can start as soon as possible. I would say diffusing as many stereotypes about boys and girls is the best way to start. Letting children know that boys and girls can like the same things (toys, colors, movie characters) and that they are not relegated to one is a good first step. Talking to your children and recognising if there is an injustice – and showing our children that such things are wrong and need to be stopped. I am the biggest advocate for fathers being proactive and supportive parents – rather than “glorified babysitters” which is what the media makes out most fathers to be. Our role is a big one if we choose to take it – and I choose wholeheartedly to do so.