Our thirty-first Survivor Stories interview is with Anabella Hall from the U.S.A.

TRIGGER WARNING: The first two segments of this interview may be triggering to survivors of domestic violence.

Anabella is the founder and CEO of her own Los Angeles based real estate and mortgage firm, Neighbor to Neighbor Advocates. Her firm focuses on assisting struggling homeowners with selling their underwater homes and persuading the banks to forgive the difference, as well as providing homeowners with the necessary information to be able to negotiate directly with their lenders, so that they will restructure their mortgages into terms that are more affordable. In addition to her professional achievements, Anabella worked diligently with the Los Angeles Country District Attorney from 1999 through 2007 to help bring her father’s murderer to justice. Shortly after, she took on an active role as a board member with the non-profit organisation, Peace Over Violence, which advocates for victims of all types of violence. She is married to her best friend of eleven years and is expecting her first child with him. To get more information on Anabella’s community involvement, visit her website at www.bellavara.com. 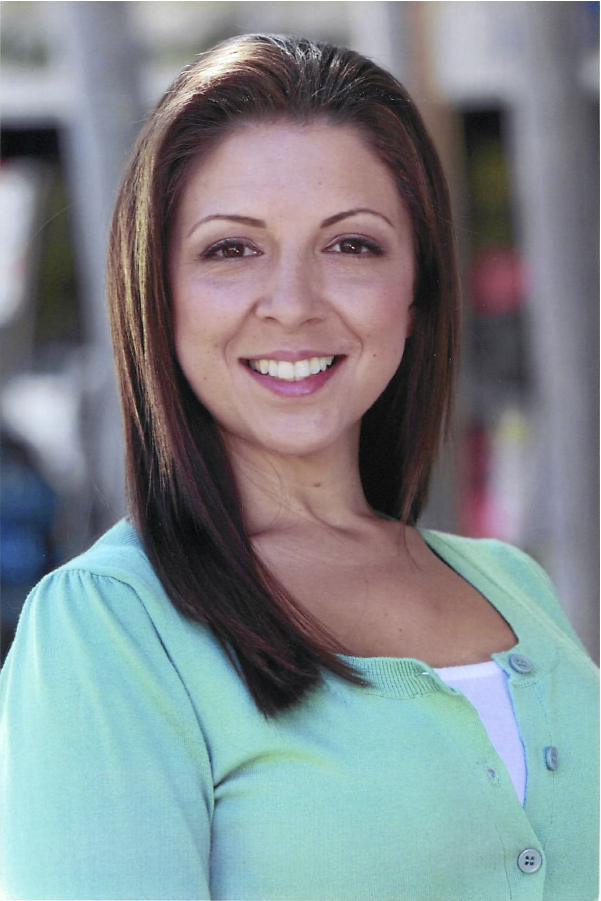 I married my estranged husband as a teenager after finding out that I was pregnant with his child, sadly after only knowing him for five months. I eventually left him after he attempted to choke me with a rope in our own home, and it had been less than two months when he attacked me again. In 9 April 1999, I was shot in the head after being kidnapped at gun point for over three hours, while he ranted and raved about how he would kill me if I didn’t return to him. The gunshot wound left me in a coma for a week and physical rehabilitation for months. I was thrown into the judicial system to immediately testify at his arraignment, bail hearings, and attempted murder trial procedure. It was terrifying knowing that he was out on bail and, leading up to the trial, I feared every second of my life that he’d continue to hurt me. During the first week of the trial, he ultimately did by burglarising by parent’s home at 3 o’clock in the morning and opening fire at my father, murdering him in front of my entire family. He immediately fled the country and left us on a seven year fugitive manhunt. He was captured in 2007 and is now in prison.

After being kidnapped for hours, I finally convinced him that I would return to him and we’d work out our relationship. He believed me and drove me back to my car, where I immediately called 911 after he left me in my own car. I began driving myself to the police station while on the phone with the police dispatcher, causing him to question my direction and follow me. Even though he had shot me, I was able to direct the officers to my direction, causing immediate help to myself. Ultimately, my escape saved my life.

Three years after my father’s murder and one year after losing my 8-year-old to cancer, I sought counselling and found a wonderful doctor who understand and treated victims of crime. I was in treatment for over a year and a half, learning how to grieve and accepting my new life. I learned that, although I had no control on someone else’s actions, I definitely have control of my own. I learned that horrible, violent things happen to many people, but those of us who learn that violence doesn’t solve anything will persevere. I learned that life goes on and how to live healthily and enthusiastically. I remained involved with the community, participating in county and city vigils, as well as marches to raise awareness for domestic violence.

Always listen to your inner voice. If you feel it’s wrong, it probably is. Get help from the appropriate people. Resources, such as hotlines and non-profit organisation, are there to help guide you towards a healing path. You are not alone; reach out and be part of the solution for yourself and others. Stay committed to a journey of healing. Life is a journey and staying healthy requires education, awareness, and involvement. As time passes, you’ll find that the hurt is much less than it used to be.

Education, removal of social stigmas associated with victim blaming, and creating a zero tolerance to violence will help us end violence against women. We need to eliminate violence from our environment in our homes, schools, and workforce, in action and in our vocabulary. Educating both men and women what the early to late stages of violent behaviour look like and knowing the side effects of trauma can help the victim and society understand how to get and/or offer help. We need to set more standards for basic human interaction within our families, friends, and colleagues, effectively breaking the silence about healthy relationships.

I support The Pixel Project because they engage men in the anti-violence against women movement and this is key to its success. We all need role models and examples of great people before us, people who are still with us, and the successors that will follow us. If we can create more awareness, more respect, more tools to deal with the violence problems we have today, we will have more goodness and less hurt.