Alex has been a business owner for the last fourteen years, venturing into businesses related to technology, visuals, design and events. After seeking out adventures of all kinds with his wife for six years, they decided it was time to have a child, and Krysta was born. Stepping immediately into his new role as a dad, Alex has embraced the experience and loves going out on dates with his one-year old daughter, when Mum is away shooting weddings. Knowing that their parents weren’t perfect, Alex and Grace are keen advocates of attending various courses to learn how to raise their children in a safe, yet fun environment. 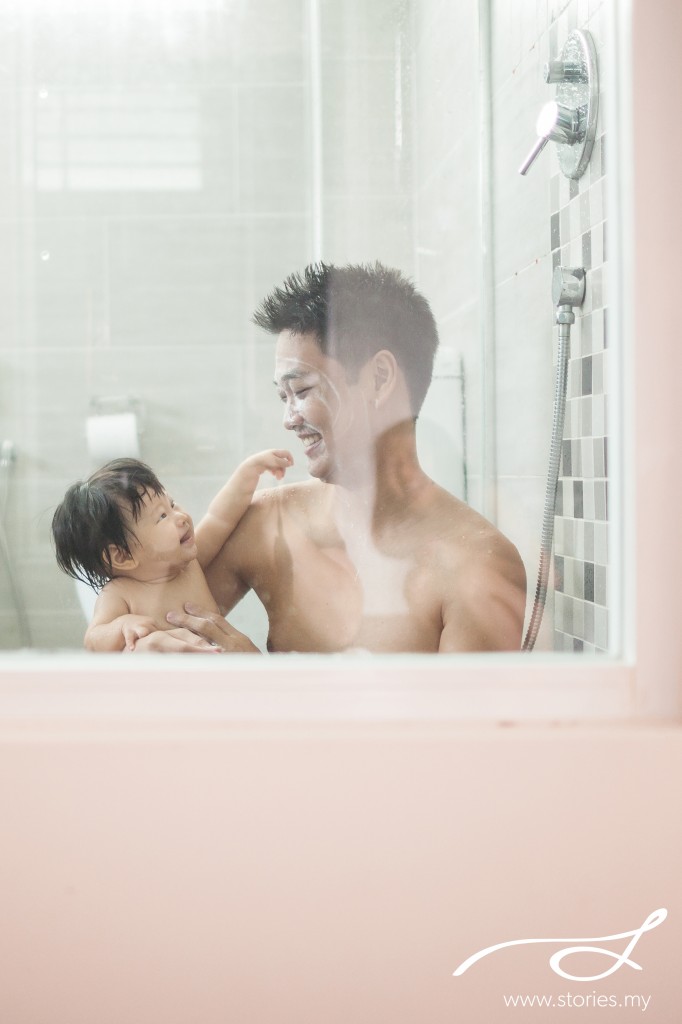 Knowing how fast children grow makes every moment even more precious. I love just spending time watching my daughter sleep, cuddling with her and even disciplining her as I know it’ll make her a mature lady in the future. Having someone trust and rely on you totally is a feeling like no other. Just yesterday, my one-year old daughter leapt into the swimming pool knowing I would catch her and protect her.

While my Dad is awesome in many, many ways, he was Asian in the way he showed love to my Mum and us – there wasn’t very much physical affection shown or exclamations of “I love you”. He never explicitly taught me about respect for women, but rather general behaviour towards others.

I’m learning from other dads and also through courses on how to be a better father, and this encompasses treating women well. The promise to my family is to try hard to rise above the “genetics” and be different.

From a young age, respect must be taught and caught. Nothing works better than seeing love in action. Exposure to the real-world is important and not something to shy away from. Fathers should include world issues in the education of their children and when they are old enough, debate with them on what is right and wrong.

As for seeing love in action, fathers can create opportunities through activities such as serving the underprivileged and having the children actively participate in demonstrations of care for others. Lessons on respect for women can be interwoven amidst the practical experience the family gets while undertaking these projects to serve. Through these activities, I believe my children will learn to care for women rather than merely having head knowledge from the parents.