Our thirtieth Survivor Stories interview is with Monica Day from the U.S.A.

Monica Day survived and overcame the trauma of a 16 year emotionally, financially, sexually and physically abusive marriage. It is Monica’s heart’s desire to save other women and young ladies from suffering in silence as she did. Monica has dedicated her life to speaking out against teen dating violence and domestic abuse and teaching women and girls the signs of an abusive relationship.

Monica Day is the author of “Praying Through Your Storms” and the founder of Daylight Awareness & Prevention Agency, Inc. She has done presentations for youth groups, Girl Scout troops and College organisations. Monica has spoke out against domestic abuse on CNN’s News Now and In Session Court TV. 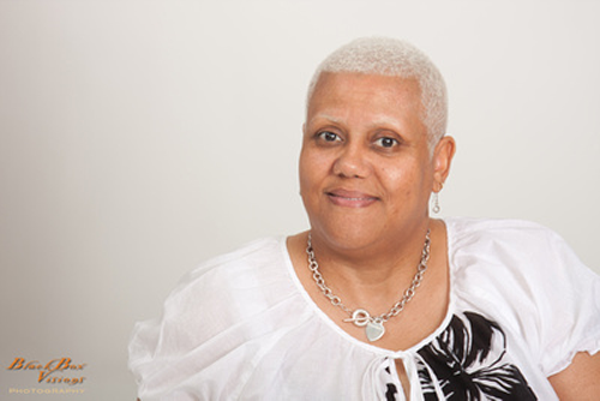 I survived and overcame 16 years of emotional, financial, sexual and physical abuse. I know what it is like to be publicly humiliated and embarrassed. I also know how hard it is to admit to yourself that you have been abused. I have travelled the journey of healing and put my life back together.

While my ex-husband was in the shower one night, my daughters and I quickly loaded up the car and ran. We hid the car and spent the night with a relative and then early the next morning got on the road. I was fortunate enough to have a family home to go to.

In order to heal I first had to admit to myself that I was abused. I received counselling and began to share my story. Telling my story was very therapeutic for me. 2 years later I filed for divorce and began to submerge myself in helping other women. I did a lot of writing in my journal along the way. The more I speak out and help others the more I heal. I am no longer ashamed or embarrassed.

I have started an organisation called Daylight, Inc to speak out against domestic violence. I do workshops and presentations on domestic violence. I help other victims and survivors with safety planning and finding emergency resources. I counsel other women and help them put their lives back together after leaving an abusive marriage.

It is my desire to work in the faith based communities to educate Church leaders and others on the types of violence and abuse against women, the affects of violence and to show them how they can help victims within their congregations and what resources they could make available or what organizations they can partner with to bring an end to violence against women.

The Pixel Project is definitely a leader, if not the leader in bringing awareness to the violence against girls and women. Covering all of the social media sites, new technologies and popular culture and arts is a sure way of reaching every planet and every person on each planet.

I truly believe in the vision and mission of the Pixel Project.