Our twenty-eighth Survivor Stories interview is with Dawn F. from Canada.

Dawn F. works with a women’s society and supports women in Vancouver’s Downtown Eastside, Canada’s poorest postal code. She has continued her education and is learning her Secwepemc Native Culture. She is the proud, single mother of a 22 year son. Dawn survived domestic violence and inter-generational trauma from her parents and grandmother attending Indian Residential School. At a young age she witnessed violence between her parents. The cycle of violence affected her entire life, and all relationships including with her son, her parents and partners. She turned to alcohol and drugs to cope, but then turned to recovery and is now four years sober. 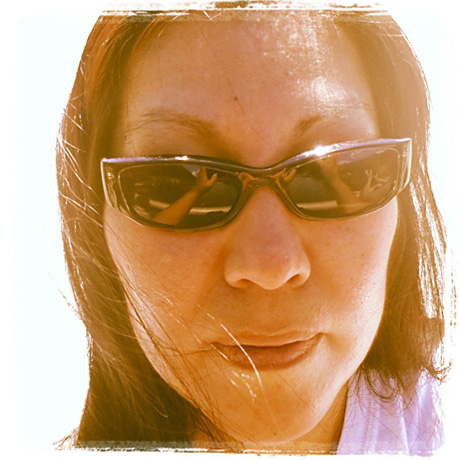 1. What is your personal experience with gender-based violence ?

My childhood and teen years were filled with violence. My parents were Indian Residential School survivors and coped by drinking and hosting raging parties. I, my brother and cousins constantly heard screaming, yelling and smashing items. I saw my mom and dad fist fight and later saw my mom fist fight many people. After my parents divorced my brother became more violent towards me and physically abused me almost daily. He tormented me mentally and emotionally as well. I moved out at a young age to attend college at a nearby town, where I began drinking heavily. I was in two abusive relationships with men. My first relationship was at the age of 19, he beat me to the point of being hospitalised and the second man was a serial cheater and he also hit me. I separated from him and left with my son. At that time my life was chaotic at best.

I had two major people that helped me escape. The first is my friend/sister Florence. We met when I was 13 years old. She supported me and never gave up on me throughout our 32 years of friendship. She guided me and pushed me to attend self-help programmes, substance abuse treatment and addictions counselling. And the second impact was my third partner Louis, he and I used drugs together and drank almost daily. He was emotionally and mentally abusive. He did not physically abuse me, but his words would hit below the belt. He made me feel small and unlovable. Then one day something happened with him and that single act was enough to wake me up and make me decide to not drink or use drugs anymore. I started off not drinking or using hourly, then daily then days turned to weeks, months and now years.

As a couple we both decided to get clean and sober together. We both went to AA and NA meetings, I began to read the Big Book and attend counselling regularly. As I began to face and talk about my childhood issues I let go of the hurt and resentments, my life became bearable and I could feel hope returning to me. Unfortunately, my ex-partner decided to relapse multiple times and we decided to separate. I went to treatment to further my healing journey and give myself the skills to continue with my sobriety. I moved back home for a short time and learned my traditional Native cultural ceremonies and sweat lodge ceremony protocols to help me with my spirituality.

I experienced many violent situations and relationships. I didn’t know how bad my situation was at the time. I just knew it felt wrong to be going through these experiences. It was difficult to develop trusting relationships with family and friends, but eventually I found a few people who I could vent to. It felt good to release “secrets” and validate that it wasn’t my fault. These people supported me and listened to me and I eventually took their advice and left the situation and/or relationship. They helped me to safety and guided me toward a more positive lifestyle. It may take days or years to follow through with escape plans but deep down you know it could save your life. There is no shame in leaving or asking for help. You and/or your children are worth it.

I will speak from a Native perspective. I believe we should first take responsibility for ourselves and our healing journey. As mothers we hurt our children who sometimes, grow up to hurt other people. Us, Native people need to work hard and diligently on our cultural protocol and educating our children. We need to teach our Indigenous languages to our children and our way of life. We need to teach spirituality at a young age and to respect the Earth. When we have love and respect for ourselves and other people there is no violence. Violence is not taught or tolerated and is not our way of life.

I support the Pixel Project because I do not want to see any more suffering amongst females. When we can live free of violence of any kind, we are free in our hearts, minds, bodies and spirits.