Our twenty seventh Survivor Stories interview is with Carol Wilson from the U.S.A.

TRIGGER WARNING: The first two segments of this interview may be triggering to some survivors of rape.

Carol Wilson currently works in a victim services programme, where she has been Programme Director for over ten years. She has an Associates of Arts, Bachelor of Arts, and a Master’s Degree, and has received numerous hours of training in sexual and domestic violence, and stalking, as well as training and responding to victims of trauma. Seven years ago, she was sexually assaulted by a colleague and a trusted best friend of an ex-boyfriend. Following the assault, Carol Wilson continued to work in victim services, helping others rebuild their lives following criminal victimisation. 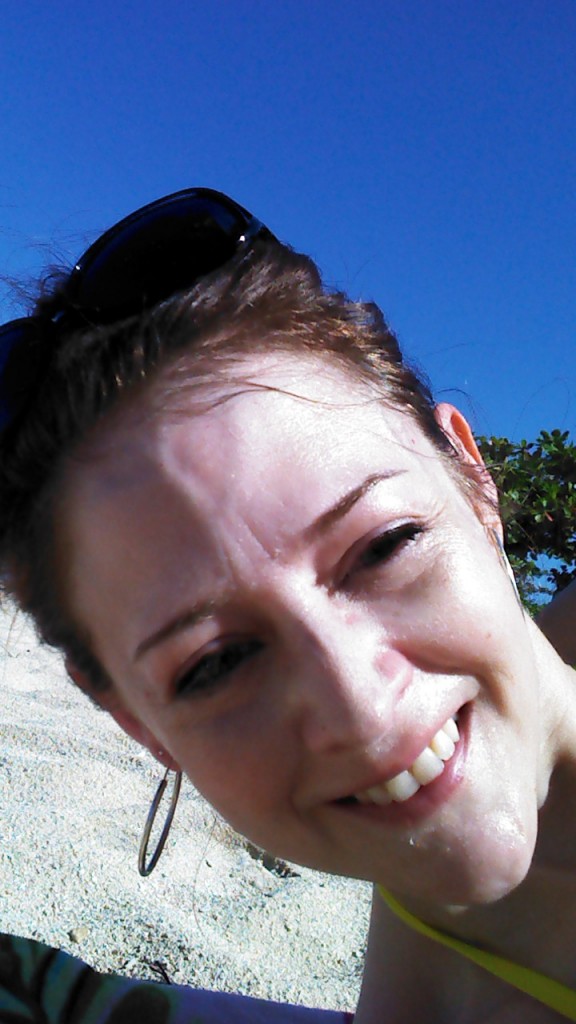 I was sexually assaulted by my ex-boyfriend’s best friend, someone I also considered a friend. I knew him through work, we had attended several social functions together, and I spoke with him often about work-related matters and my recent break-up. He came into my house under false pretences of breaking up with his girlfriend and needing to talk, but shortly after arriving, he physically picked me up, carried me into my spare bedroom, forcibly removed my loose-fitting pants and raped me.

I said, “No,” and struggled to get away at first, but he held me down by his weight and my body was pushed up against pillows stacked against the bed headboard, so I could not squirm away. Eventually, I realised I could not fight it and just laid still. That’s when he stopped. I then pretended like everything was normal until I could get away from him.

At first, it took me a long time to acknowledge that a professional colleague and someone I considered a close friend had raped me. I had difficulty sleeping and tried to numb the pain with alcohol, and sought solace in short-term relationships that were doomed to fail. I felt guilty for not coming forward because I knew he was a sexual predator, but I knew how difficult it would be to prove the case given his job, his standing, and my reaction of “playing normal” following the assault. It took me several months, but I eventually started to return to normal. For me, I made the choice to NOT try to avoid him. It was important for me to feel like he hadn’t won, had not chased me from our social circle or my job. Also, I eventually told someone who was supportive and that helped me logically understand that the assault was not my fault. Over time, I have integrated that experience into who I am as a person and can speak about it more freely without pain.

First, I wish I had been more cautious about letting this person into my home. Even though I thought I knew him, I realised in retrospect that there had been warning signs that this might happen – please, please, please trust your instincts! Rapists are master manipulators who can get close to you to learn how you think, your fears, and your weaknesses to not only gain access to you at a vulnerable time, but to use subtle controls to keep you from making an outcry. If you do find yourself in this situation, do whatever you feel you need to do to survive with the least physical, emotional, and psychological damage. Don’t try to hold your story in; don’t try to control the pain yourself. That is a road that leads to more darkness that you might regret once you regain yourself and equilibrium. Find someone you can confide in and let it out – the betrayal, the shock, the fears, the anger, the pain. For me, it was like a festering boil – once I began to be able to write and talk about it, some of the pressure was released. Whatever happens, however, remember that rape is NEVER the victim’s fault. Don’t carry that sense of blame and shame with you. It will destroy your spirit.

The solution ultimately rests with controlling or stopping the rapist. As so many of these predators often go undetected for years with a trail of victims in their wake, it is obvious that controlling the perpetrators is not an easy answer, especially when so few are arrested and even fewer are convicted due to societal myths and disbeliefs about what rape is. Rape is a societal problem. We must teach all people that nobody is an object to be used. We must educate young men that rape is not the “norm.” We must educate the population as a whole about what sexual assault is, how it affects the victim, and how to intervene in situations that suggest a victim is not consenting or awake/aware of what is going on. Sexual assault is a terrible, life-stealing crime. It has remained a silent, taboo topic for too long.

Sexual assault has been in the shadows for too long. It’s time to realise that it doesn’t happen to “them” or “that kind of woman,” but can happen to any woman – our mothers, sisters, daughters, friends, neighbours, coworkers. It can even happen to people educated about sexual assault, and rape trauma can happen to those who have received training in reactions that occur following sexual violations. We don’t blame people who have their car stolen for having a car. Why do we blame rape victims for being raped because they were walking alone, drank alcohol, wore a “short” dress or have genitalia? Women everywhere are being sexually assaulted and sitting alone in silence due to fear of blame and judgement of social circles and media, and fear of not being believed by police or the courts. By helping society understand that rape can happen to any women, The Pixel Project will begin to undo some of the damaging messages about rape victims, help make our society a better place for justice for those who have suffered this most grievous indignation, and begin to create a climate where sexual offenders cannot hide.