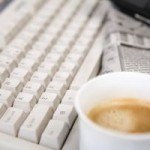 Welcome to the 78th edition of The Pixel Project’s VAW e-News Digest!

Afghan parliament introduced a new law that bans family members of accused persons from testifying against them . This would undo years of slow progress in tackling violence against women in Afghanistan, especially domestic violence, forced marriages, and honour killings.

One in three women say they have suffered online harassment by a current or former partner, according to a report recently released by Women’s Aid. The report from the domestic violence charity reveals that 41% of women reported that a partner or ex had used their online activities to track them or check up on them, and 37% said they had felt threatened by such behaviour.

South Africa has one of the highest rates of reported rapes in the world. High levels of sexual and domestic violence have become an integral part of social norms. Huge reasons why multitudes of South African women gathered at Cape Town Civic Centre and marched to the Western Cape High Court as part of the One Billion Rising Campaign to demand justice for victims of gender-based violence.