Skip to content
Home > Thoughts and Bon Mots > Comedy and Rape Culture: Four Perspectives On The Daniel Tosh Controversy and a Silver Lining 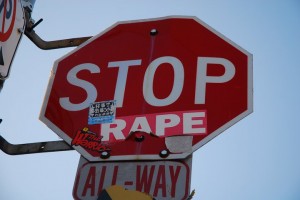 In a world where rape as a weapon of war is deployed in war-torn zones such as the Congo and Syria; and in the U.S. alone, the National Center for Injury Prevention and Control at the Centers for Disease Control and Prevention reported as recently as 2011 that nearly 1 in 5 women in the U.S. will face rape or attempted rape, using the topic of rape as fodder for a comedy routine is, even in the hands of comedians extremely skilled in using humour for nuanced social commentary, a high-risk proposition.

For those with less awareness and finesse as well as a misogynist streak such as Daniel Tosh, tackling the subject of rape inevitably degenerates into a display of an atrocious lack of human decency and empathy.

Over the past week or so, Tosh became the prime example of a comedian who should not touch the subject with a 100-foot barge pole but who nevertheless insists on doing so in the name of being “edgy”. When he crossed the line during a skit in which he made rape jokes, a young woman stood up in protest of the offensive jokes and in response, Tosh “joked” about how “funny” it would be if she were to be raped by “like five guys” right then. His jokes continued and the laughter in the club grew so loud that the young woman had to flee in fear. To add insult to injury, he issued a half-hearted Twitter apology. 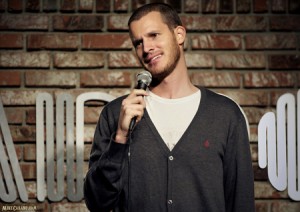 Tosh’s behaviour generated an explosion of articles and heated opinions and an ongoing online and media debate:

In one camp were many of his (mostly male) fans and a good number of his fellow comedians who leaped to his defence and vociferously invoked the right to “free speech” (and having no topic off-limits) for comedians.

In the opposite camp were anti-violence against women activists, feminists and those whose lives are affected by rape either as a survivor or as someone close to a rape survivor spoke out against the rape culture that Tosh’s “comedy” perpetuates.

Apart from the ongoing internet kerfuffle, Tosh’s behaviour also triggered a number of consequences including:

Perhaps one silver lining that has come out from the Tosh controversy is that it has become a high profile news vehicle that has brought the discussion about rape culture to the forefront for at least a little while. Like other Pop culture celebrity-fueled violence against women scandals such as those involving Charlie Sheen and Mel Gibson, it can become a Teachable Moment that schools and families can use as a springboard for discussing the oft-taboo issue of rape with young people who are still forming their values and ideas about what constitutes healthy and respectful relationships between the sexes.

In the meantime, for those of you who missed the maelstrom of opinion and articles, here are 4 thoughtful comment pieces on the controversy (WARNING: Some of these writers use strong language including cuss words):

Commentary 1: The Best Response from a Fellow Comedian To Daniel Tosh and Rape Jokes

People have wounds, and those wounds are painful. That doesn’t have shit to do with the weak concept of “taking offense.” If someone talks about Texas being a shitty state, I might “take offense” at that. Fine, whatever. All of us who like comedy are generally in agreement with the idea that “taking offense” is lame, and a comedian should be willing to “offend” whenever he or she wants to.

But causing pain is quite a different fucking matter. Your job as a comedian is to take us through pain, transcend pain, transform pain. And if you don’t get that, you are a fucking bully, and I’ve got zero time for bullies.

Commentary 2: The Gender Divide and the Rape-Joke Empathy Gap

In the aggregate, these comments gave us a glimpse into the ongoing, low-grade conflicts between women who have been trying to articulate their discomfort with Tosh’s lazy, cruel and misogynistic humor, and the men who share their lives but just don’t get it. At the center of these disagreements is the rape-joke empathy gap.

The problem isn’t a failure of men to see rape as horrific. It’s that many of them do not perceive that rape itself lies on the far end of a broad spectrum of ways in which the idea of rape, the invocation of rape or the threat of rape is used to intimidate women or to regulate their behavior.

Soraya Chemaly, feminist blogger, expands the scope of the issue to include Tosh’s audience. She writes:

The problem with rape jokes isn’t who tells them. Or who objects to them. The outrage is the sheer number of people who think that stories about degrading and violating women, the more violently the better, is laugh-out-loud entertaining… Who laughs at the jokes is infinitely more critical to understanding why we’re having this conversation.

Commentary 4: “Humour is subjective but is it that subjective?”

Roxane Gray neatly and incisively unpacks the the “Free Speech” argument used by Tosh’s fans and supporters to support his right to make rape jokes. She writes:

People don’t use humor to comment on the “awful things in the world,” because they are afraid. Maybe, just maybe, they have common sense; they have conscience. Sometimes, saying what others are afraid or unwilling to say is just being an asshole. We are all free to be assholes but we are not free to do so without consequence.

What Tosh calls heckling, I’d call taking a stand. All too often, when we see injustices, both great and small, we think, “That’s terrible,” but we do nothing. We say nothing. We let other people fight their own battles. We remain silent because silence is easier.