Welcome to Part 2 of our October 2022 Inspirational Interview with Dr Debra Parkinson, Executive Director of Gender and Disaster Australia (GADAus). As a social researcher, Dr Parkinson has made significant contributions to policy and public perception on increased violence against women in disasters and issues related to gender and emergency management. Her work since the 1980s has included research and advocacy related to women’s health, domestic violence, intimate partner rape, women’s unequal access to financial resources, superannuation, and the legal system.

In this part of the interview, Dr Parkinson talks about the impact of GADAus on people’s understanding of violence against women in times of disaster, her organisation’s plans for the next five years, and the importance of rejecting gender stereotypes before, during, and after disasters. 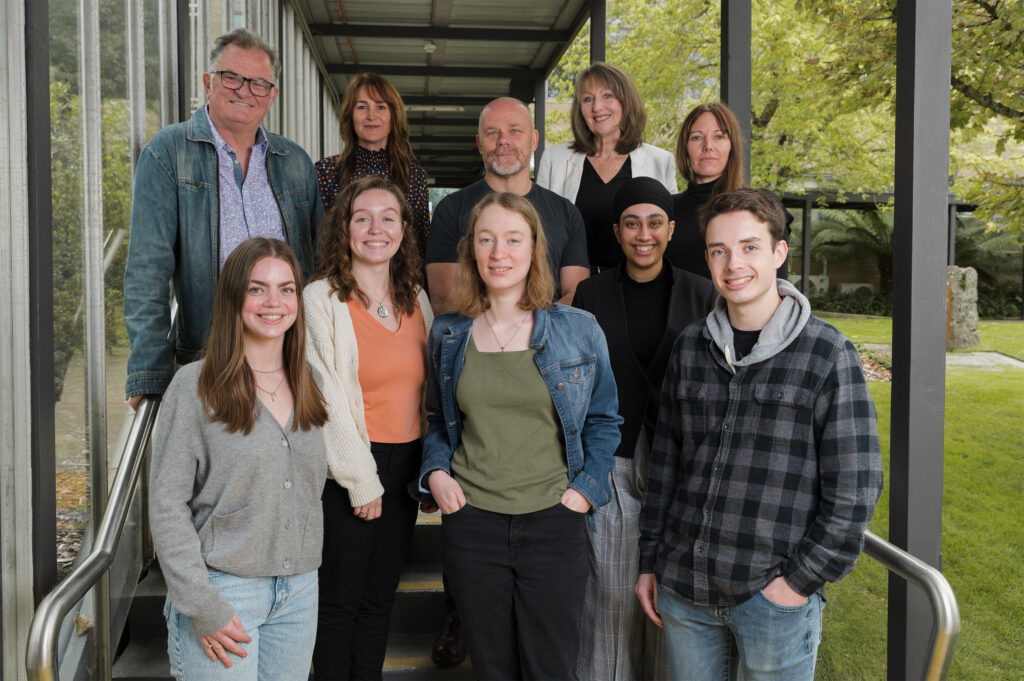 6. Since 2015, what sort of impact has GADAus had on Australia’s approach and attitudes towards VAW?

The training, advocacy and resources that accompany our gender and disaster research has changed the country’s understanding of violence against women in disasters.  Our findings began to be believed when a man in uniform (a Police Deputy Commissioner) launched our research and agreed with the research findings at our first conference, ‘The Hidden Disaster’ in 2012. This high-level, masculine imprimatur gave our work the authority to be taken seriously. A ‘Gender and Disaster Taskforce’ was established by the then Victorian Fire Services Commissioner in partnership with our women’s health services, and this was the catalyst for our incarnation as the Gender and Disaster Pod in 2015.

At the start of 2022, the federal government announced 4-year funding to GADAus to extend our Victorian-based training and resources across Australia. This is the clearest indication that Australia’s approach to VAW in disasters has changed and that Australians may no longer condone and excuse men’s violence, even if men are traumatised or suffering.  The women who informed our research changed the way this country views violence against women. We no longer unthinkingly privilege men with our empathy, leaving women and children to live with violence along with their own experience of disaster trauma.

We frequently hear “#notallmen” as if it’s a reminder to feminists that not all men are violent. Professor Bob Pease writes that while men may not be perpetrators of violence against women, if they fail to oppose it, they perpetuate it.  So often, I look around at events staged to address violence against women, such as in the 16 days of Activism, and very few of those present are men. Men may be on the stage, but I’d guess it’s generally less than 10% in the audience.

In our work with women employed in emergency service organisations, we learned about a culture that privileges and celebrates ‘macho’ masculinity, marginalising and excluding women and people of diverse gender and sexual identities. Men and boys can help end violence against women by giving up their privileged attitudes, behaviours and expectations, and recognising that even people who don’t look or act like them have an equal right to a job or promotion. Equal rights, full stop.

8. Tell us about GADAus’s plans for the future. What campaigns, programmes, or projects do you have coming up in the next 5 years?

GADAus is in the first of several years’ funding from the Australian government. With a committed and highly skilled team, an Expert Advisory Committee and a Board, our goals are four-fold:

Our vision is for an Australian society that recognises and acts to prevent the harms of rigid gendered stereotypes before, during, and after disasters. Our mission is to promote an understanding of the role of gender in survivor responses to disaster – including family violence. We work to embed these insights into emergency management practice.  Apart from the major scale-up of ‘Lessons in Disaster’ training, we hope to attract funding to partner with the women and children’s service and research gendered experiences in the most flood affected region of Australia so far this year (2022).

9. How can The Pixel Project’s supporters engage with and support the efforts of GADAus to stop violence against women?

The Pixel Project is global and influential. Its supporters can inform us and emulate us. It is two-way learning that has great potential to start a wave of change across every country. The issue of VAW in disasters is one that confronts and infects every part of this planet. Although the way it plays out may differ depending on pre-existing attitudes, rates of violence and gender equality, the dynamics seem to work in the same way the world over. Even without funding, we can change attitudes and end acceptance of increased VAW in disasters.

To end violence against women, men and boys can embody and enact a different kind of manhood from the prescribed macho persona. Though hard to do, men can identify and reject their unearned privilege. Specifically in disasters, men can reduce gendered expectations of women to sacrifice their career or their safety for the family. They can point out that expectations of men in disasters to ‘protect and provide’ are unrealistic. Men can influence those around them that gender stereotypes are harmful, by their words and their actions.  There are programmes to educate men about bystander action to refuse to collude with sexism, discrimination, and violence. Men and boys can learn about patriarchy as a damaging system that exerts control over everyone within it.

Gender is the central organising structure in our society. We can change this, in the same way other social norms have changed. We can each play a strong part in rejecting gendered stereotypes and allowing people to be who they are, without discrimination. Let’s bring up children differently at the same time that we loudly reject VAW and hold men accountable for their violence. 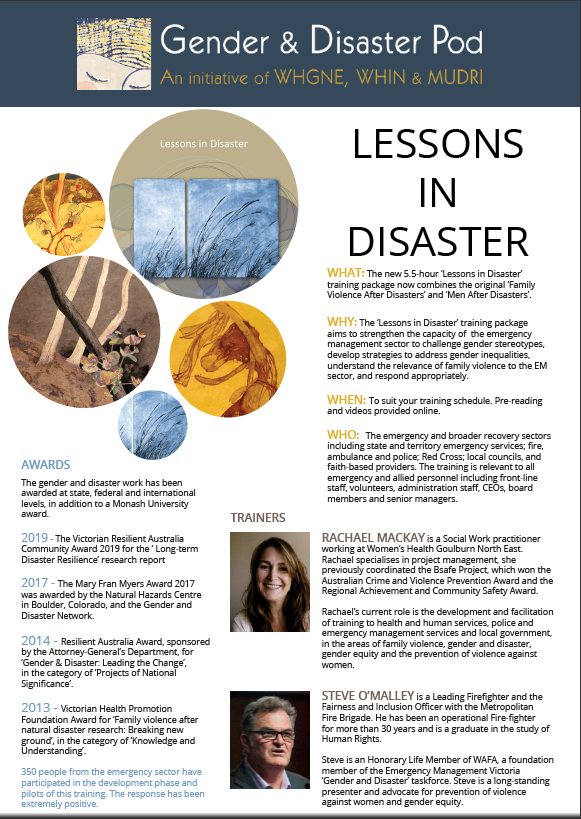