Welcome to Part 1 of our July 2022 Inspirational Interview with Katie Koestner, executive director of the Take Back the Night Foundation in the US.

Katie Koestner is an internationally recognised author, activist, and educator around technology, safety, and healthy relationships who has lectured at over 5000 schools and universities around the world. She is also the founder of the Take Back the Night Foundation, an international organisation working to end sexual violence, support survivors, and raise awareness. Ms. Koestner has appeared on the cover of TIME Magazine, The Oprah Winfrey Show, NBC Nightly News, CNBC Talk Live, CNN, Larry King Live, Good Morning America, Later Today, MSNBC, Entertainment Tonight, and other national television programmes and is the subject of an HBO movie.

Photos courtesy of Take Back the Night Foundation. 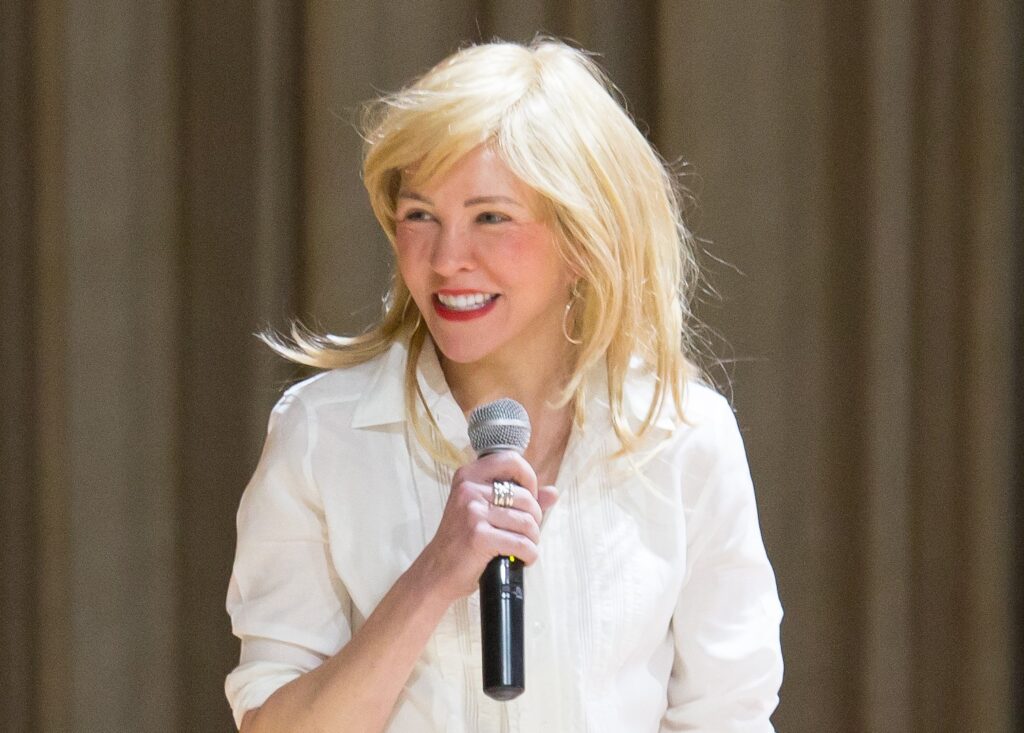 1.How and why did you join the movement to end violence against women (VAW)?

At age 18 during my first year of college in 1990, I went out on a date with another student whom I had met at the beginning of the school year. I was raped by him in my residence hall room after our fancy dinner. At that time, I was not informed of any laws or policies under which I could seek justice, and generally lacked support from my family, friends, and institution. I became determined to work for change and improvement.

2.The Take Back The Night Foundation (‘TBTNF’) was established in 2001, following the Take Back the Night movement which began in the 1970s as the “earliest worldwide effort to combat sexual violence”.  How did TBTNF come to be founded?

As I was trying to find connections and support for the work to end sexual violence outside of my own college, I discovered that Take Back The Night events were being held at various institutions throughout the US and Canada. I was asked to keynote many of these, and always found a welcoming and powerful group of survivors and supporters. In the early 90’s, communication among these event holders was limited by both technology and the lack of a centralised organisation to provide methods to connect and coordinate among these grassroots activists. I reached out to the hundreds of event holders and some of the women involved in events from the 70’s and 80’s to unite our cause and mission under the banner of the Take Back The Night Foundation.

3.Can you tell us about TBTNF’s approach to stopping sexual violence against women and girls and how it has developed over the past two decades?

Take Back The Night has always been a grassroots, community-centered effort. Each event holder selects their own agenda.  Events may include marches, rallies, candlelight vigils, speak-outs, poetry, music, community leader presentations, and more.  They may involve 15 people or 1500. While TBTN began with its focus on women and girls, it now focusses on supporting all victims of sexual violence regardless of their gender identity. We work on behalf of all genders.

4.Could you give us an overview of TBTNF’s programmes and initiatives to prevent and combat sexual violence in the USA?

Some of our programmes include a Shine Your Light Yoga Festival whereby yoga studios hold at least one class on a particular day that is trauma-informed and victim-centred.  We hold this event both to support survivors and raise awareness of sexual violence. We also hold a biannual Global Virtual Event. We are working toward ways to provide accessibility to our events in communities that have not historically had access to an in-person event. We are also adding strategies for survivors to find healing through yoga and other modalities.

5.One of TBTNF’s most striking and unique initiatives is the Shine Your Light Yoga Festival which “brings together yogis across the United States as studios and fitness centers open their doors to support survivors of sexual violence in their healing with a special class. Join an in-person or online class with trauma-informed instruction.” How did this initiative begin and, given that there have been high-profile cases of sexual assault in the Yoga community involving famous gurus, what impact has this initiative so far?

Take Back The Night Foundation works to support healing for survivors through trauma-informed yoga. We have so many survivors share with us how powerful yoga has been as a tool to reconnect with their body in a positive, powerful way. In hearing this so often, our volunteer staff worked hard to identify and invite yoga studios to join us in an event to offer support to survivors and showcase the practise as a way for survivors to unite and heal.

When we hold this event, we ask all participating studios to read our opening statement about the session being a safe place for survivors as the instructor will not have physical contact with the participants at any time throughout the practice. We have not encountered any backlash from the reports of sexual abuse committed by famous gurus. 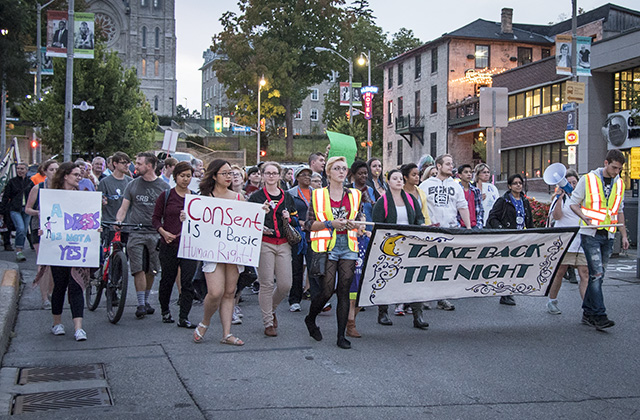