Violence Against Women (VAW) is largely deemed a women’s issue to be tackled by women and for women. However, VAW has a negative impact on entire communities and societies and is therefore impossible to eradicate without having men and boys on board efforts to do so.

For this year’s 16 Days of Activism against Gender-based Violence campaign, we present our fourth edition of  ’16 Male Role Models Helping to Stop Violence Against Women’, featuring  a diverse list of men who are doing their bit to create a more gender-equal world.

The men in this list believe that ending VAW is a fight and issue that should involve everyone and not just women. Many of these men are activists who have recognised that toxic masculinity and patriarchy are harmful to young boys and men. Some of them work directly with boys and men to empower them to prevent VAW from the roots.

The list also looks at men who have spoken up against VAW through various mediums like the media, demonstrations, and music, using their voice to show their solidarity and bring issues of gender-based violence to the forefront.

In this post-Weinstein world where so many prominent men have been revealed as domestic abusers and sexual predators, we hope our fourth edition of 16 male role models against violence against women will provide living examples of positive masculinity that inspire and galvanise men and boys worldwide to become a part of the solution.

Note: Information for all role model profiles is sourced via online research and is based on one or more news sources, articles and/or The Pixel Project’s own interviews with them. The main articles/reports from which these profiles have been sourced can be directly accessed via the hyperlinked titles. Please do click through to learn more about these remarkable men. 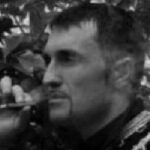 Alexsandro Palombo is an Italian multi-media artist who, in the recent years, has produced thought-provoking art addressing issues such as gender based violence. In January 2020, Palombo doctored images of prominent female figures around the world into posters of “batterd faces” that were displayed in Milan to raise awareness and to obtain “a real response from institutions and politics.” In a 2017 interview about his art series on domestic violence, Palombo said “There are no women immune to the violence, even if they are strong. I want my social artwork to slap faces with reality and be an inspiration to fight violence.” 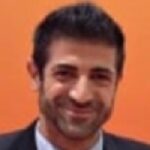 Anthony Keedi is the Masculinities Technical Advisor at ABAAD, a gender equality NGO in Lebanon. Speaking with CGTN in 2015, Keedi said that he is a “reformed macho man”. At ABAAD, Keedi has led several initiatives that help men and boys view the societal role of women in a different light from the traditional Middle Eastern view. ABAAD’s role in breaking masculine stereotypes in a patriarchal society has been in bringing prominent Lebanese religious sects to condemn violence against women. 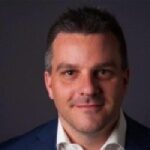 Brad Chilcott was recently announced as the new executive director for White Ribbon Australia, a global social movement that seeks to eliminate gendered violence. Speaking with ABC news Australia, Chilcott vowed to end tokenism in the fight against violence and said that, having raised awareness within Australia, it is time for White Ribbon to consider moving from raising awareness to advocacy. Traditionally, White Ribbon was focused on addressing men’s role in gender based violence, but  Chilcott’s vision is for the organisation to “involve all Australians not just men”. 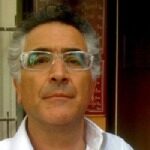 Dr Gilles Lazimi is a French doctor who is committed to fighting against gender based violence. In an interview with UN Women, he stated that he first became committed to the cause after noticing that some of his patients were subject to domestic abuse. He then made the decision to train and educate himself on violence against women. Through organisations such as Collectif Feministe Contre le Viol (CFCV) and SOS Femmes 93, Dr Lazimi has been trained to converse with survivors of gender based violence. He believes that it is key to make the survivor feel supported and safe and not to pressure the survivors into seeking help. 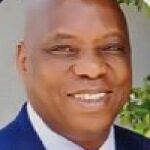 Dr. Morissanda Kouyaté is a Guinean activist and medical doctor who has made it his life’s practice to end Female Genital Mutilation (FGM). Dr Kouyaté has been working tirelessly since the 1980s, advocating against FGM. He believes that showing photos and films of FGM procedures is a good strategy for decision-makers to take this problem seriously. For his efforts and commitment in ending FGM, Dr Kouyaté received the 2020 Nelson Mandela Prize from the United Nations in July. In an interview with Global Citizen, Dr Morissanda said “The fight against female genital mutilation isn’t only an African struggle,” Kouyaté said. “It’s not a European struggle. It’s not an American struggle. This is for world humanity. We have to fight together to come together.” 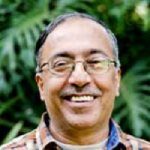 Harish Sadani is the co-founder of Men Against Violence & Abuse (MAVA), India’s first NGO spearheaded by men who are working to end gender-based violence against women. MAVA is  one of India’s pioneers in engaging with men and boys to address issues of gender inequality and discrimination by interrogating the existing dominant model of masculinity. In furthering MAVA’s efforts to raise  awareness of gender-based violence, Sadani gave a TEDx talk in 2018  on the topic “Men and Feminism – contradiction or collaboration?” and spoke against the social norms that lead to gender-based violence. 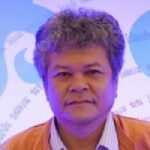 Jaded Chouwilai is a prominent activist and advocate against gender based violence in Thailand and a director of Women and Men Progressive Movement Foundation. Chouwilai has spoken out against the patriarchal Thai society where men enjoy more leadership roles. In an interview with UN Women, Chouwilai said “For men and boys to achieve an equal world, they first need to realize that gender [inequality] is also their problem. Our organization makes the issue of gender tangible through the example of household chores. Changing their attitude to domestic work can be part of helping men change their other behaviours.” 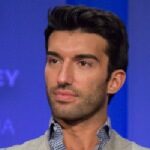 Justin Baldoni, best known for his work on Jane the Virgin, is now leveraging on his clout as an actor to redefine masculinity and to break toxic masculinity. In his new web series “Man Enough”, Baldoni sits with other actors, artists, athletes, and many more do discuss what it means to them to be men – and addressing old stereotypes about masculinity. The episodes so far have discussed, amongst others, sexual harassment and consent. 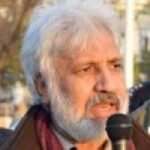 Naeem Mirza is prominent activist and executive director of Aurat Foundation, an organisation committed to creating widespread awareness about equal rights for men and women. In an interview with DW.com, Mirza said that while women are recognising demanding for their rights in his nativ Pakistan, the fight against gender based violence is a dangerous and continuous struggle. Mirza said that 80% of Pakistani women suffer from domestic abuse, He plans to create more awareness about the issue of violence against women through nationwide campaigns. 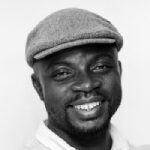 Nana Kofi Acquah is a Ghanian a poet, an award-winning photojournalist and activist who does not shy away from being known as a feminist. Coming from a matriarchal society, Nana uses his art as activism, depicting a feminist story of Africa. His pictures portray women and their struggles in fighting against violence and for equality. 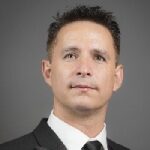 Paul Lacerte is a co-founder of the Moose Hide Campaign, a grassroots movement of Indigenous and non-Indigenous men and boys who are standing up against violence towards women and children. Lacerte has been advocating for the betterment of aboriginal people for more than 20 years. He is also a Managing Partner of Raven Indigenous Capital Partners,  the first Indigenous owned financial intermediary in Canada. The company aims to empower female indigenous entrepreneurs who face barriers in accessing capital. 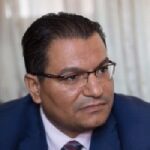 Reda Eldanbouki is an Egyptian lawyer and human rights defender as well as the Executive Director of the Women’s Centre for Guidance and Legal Awareness. He is committed to ending FGM and violence against women in his country and has spoken openly about the various atrocities committed against women. In 2019, Eldanbouki went to a woman’s aid at her request only to be met with violence by the woman’s family  and left at the side of the road with a warning not to interfere with the affairs of the young woman and her family. When asked by the press if he would continue to fight for women’s rights Reda said “Without any hesitation, as long as I’m alive”. 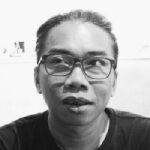 Syaldi Sahude is a co-founder of the Aliansi Laki-laki Baru, a campaign group that is committed to promoting equality and justice, eliminating discrimination and promoting behavioral change to men who have the potential of becoming perpetrators of gender based violence. Shocked at the statistics of gender based violence in his native Indonesia, Syaldi has been a strong proponent of anti-discriminatory practices in Indonesia for years. Commenting on a proposition made by a senior government official banning the use of short skirts, Syaldi said “Too often it’s about the way women dress or the way they behave. So we thought if it’s really about mini-skirts, how about men wearing them?”. He and other male activists took to protesting the suggestion by donning mini skirts in public. 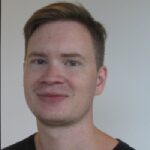 Tomas Gunnarsson is a Swedish gender identity activist, photographer and blogger. He began blogging as the Gender Photographer whose aim is to “reveal and challenge society’s limiting gender roles and mass media’s outdated gender stereotypes”. Gunnarsson attempts to break stereotypes by playing with camera angles and poses. Speaking to Indian Express, Gunnarsson said “By bending or even inverting gender roles in art and photography, you can throw new light on stale norms and show that we are actually more shapeable and changeable than we think.” 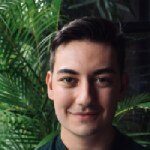 Zaak Garrett is a student and activist who has spoken out against gender discrimination. He created the #policyplease campaign against sexual harassment and violence on university campuses. The campaign also advocates for the implementation of a sexual harassment policy at university campuses in Thailand. Garrett believes that gender based violence should be talked about openly in schools, along with other gender discriminatory issues. He strongly supports the need for men to part of the fight for equality “by listening to women, educating themselves about gender equality issues”. 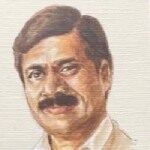 Malala Yousafzai has become a household name globally for fighting for equal education for girls. Her father, Ziauddin Yousafzai, has been her constant support and shares her goal of access to quality, free and safe education for girls. Speaking at a forum in November 2020, he said that he began to notice inequalities between girls and boys when he was a child. He said “Their life was decided as they were born. They could not dream beyond becoming wives and mothers,”. This galvanised him to speak up against the injustice and to raise a family that opposed the social norms. In fulfilling his and his daughter’s shared goal, Yousafzai has started a school to provide equal opportunities to girls.