Welcome to part one of our July 2019 Inspirational Interview with Annita Lucchesi, founder of the MMIW database which is now part of the Sovereign Bodies Institute.

Annita Lucchesi serves as executive director of Sovereign Bodies Institute, a nonprofit research institute dedicated to building the capacity of Indigenous communities to respond to gender and sexual violence, and founded the Missing and Murdered Indigenous Women database. She is a Cheyenne descendant and a survivor of domestic and sexual violence, as well as trafficking. Annita earned a B.A. in geography from the University of California, Berkeley, an M.A. in American studies from Washington State University, and is pursuing a Ph.D. in geography at the University of Arizona, where she serves on the advisory board for the university’s Gender Based Violence Consortium. She currently resides on Wiyot territory, in northern California.

All pictures courtesy of Annita Lucchesi and Sovereign Bodies Institute. 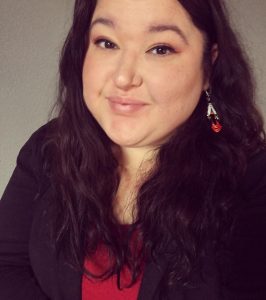 In some ways, it wasn’t ever really a single moment that crystallised into a decision. There was no morning when I woke up and decided, “I’m going to start fighting for women” or “I’m going to make a MMIW database today.” But that’s the point—feminist work and anti-violence work should be a commitment in all our lives, it should be second nature to us because it’s simply the right thing to do. It doesn’t have to be a grand gesture, and sometimes the most important things are the small things we do daily.

I did come to my current role in this work as a survivor of domestic and sexual violence and trafficking, though, so there has always been an intimate understanding of the fact that my life and the lives of women that I love are at stake.

2. How did you start building the MMIW database and what are the particular challenges that you faced in building and managing the database?

The database started accidentally, at a Panera in Albuquerque, New Mexico. I was working on my M.A. thesis, which explores using maps to tell stories and represent data on intergenerational experiences of genocide against Indigenous peoples of North America. Missing and murdered Indigenous women was one of the issues on one of the maps, and I found myself frustrated that there was no reliable data source or safe home for all their stories. Just a few months prior, my abuser had almost killed me, and my hand was still broken from his abuse at that time; I got pulled deeper and deeper into research to try to compile cases due to a loyalty and sisterhood I felt with the women we’ve lost. Over four years later, I still feel that loyalty and sisterhood and am still building and caring for the database.

There are lots of challenges in doing this work—the struggles of accessing the data itself, which can include racism and sexism; the emotional and spiritual toll of working with the data and with grieving families; and the heavy weight and responsibility to carry and mobilise the data in a good way. But I’m thankful that the sisters in the database led me to other sisters, aunties and grandmas who can help me do all these things. It really has been a team effort.

3. What are a few of the major patterns in violence against Native/Indigenous women that you are seeing as the MMIW database grows, and are there any surprising ones?

The most disturbing thing that I have realised in doing this work is that the numbers are so much bigger than any of us knows. There are approximately 4,000 cases in the database right now, and we know there are thousands more that we don’t know about. That said, perhaps the most frustrating pattern we see is that our girls and queer youth who are system-impacted are simultaneously chronically neglected and targeted by the structures we expect to keep them safe, and they end up missing, trafficked, and murdered because of it.

They do not receive adequate supports or interventions, can go missing as many as 30+ times a year, and are often criminalised for it rather than given extra care and love. It’s really upsetting to have to enter and delete, enter and delete, and enter and delete the same child over and over and not have the means to reach out and help them.

4. Indigenous women across the world face some of the highest rates of violence, compared to non-Indigenous women. The United Nations report on the rights of Indigenous peoples estimates that in the U.S.,  Native American and Alaskan women are more than 2.5 times more likely to be raped or sexually assaulted than other women in the country. In your opinion, what are some of the particular challenges that the U.S. and Canada face when tackling violence against Native/Indigenous women, and how does the MMIW database fit into efforts to do so?

There is chronic inertia to address violence against Indigenous women. You can blame bureaucracy, but really at its core it’s a fundamental disinterest in protecting Indigenous women and apathy towards the violence they experience. Indigenous women are also dually invisibilised and hypervisible—we are erased and silenced in media, professional and political spheres, and research, and yet also made hypervisible as sexual objects, criminals, addicts, and victims of violence.

The database resists this apathy and in/hyper-visibility by striving to amplify the voices of missing and murdered Indigenous women daily, while also uplifting the work of Indigenous women leaders, organisers, artists and researchers, so that we can start representing ourselves for the full human beings we are.

5. What would your advice be to anti-violence against women activists, groups, and organisations in other parts who the world who wish to start similar databases focused on Indigenous/Native/Aboriginal women and girls in their areas and countries?

Right now, we have a database for the U.S. and Canada, and a sister database for cases occurring in Latin America. In the future, we hope to expand the database to account for our Indigenous sisters across the globe, in partnership with our relatives from those places.

If there are any Indigenous people or groups worldwide who would like to partner with us to make that a reality, we would love to build that relationship. We also freely offer our model of data collection and protocols for dissemination to our sister organisations in this work, worldwide. The impact of the voices of MMIW is so much bigger than “just” gender violence—the database has become a means for asserting our sovereignty as Indigenous peoples and building kinship across colonial borders. 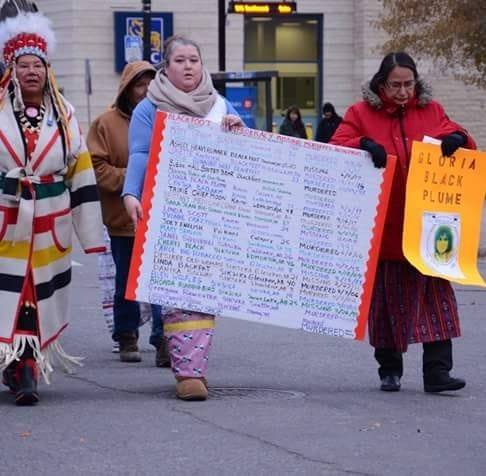