Caroline LaPorte is the Senior Native Affairs Policy Advisor for the National Indigenous Women’s Resource Center (NIWRC) and is based in Washington, D.C. Her work focuses on housing, human rights, children and youth, firearms and criminal justice affecting American Indians and Alaska Natives all within the gender-based violence framework. She is a Texas Bar Licensed Attorney and previously worked as a family law attorney and at Dallas CASA (Court Appointed Special Advocates), an organisation that represents children in foster care.

All photos courtesy of NIWRC. 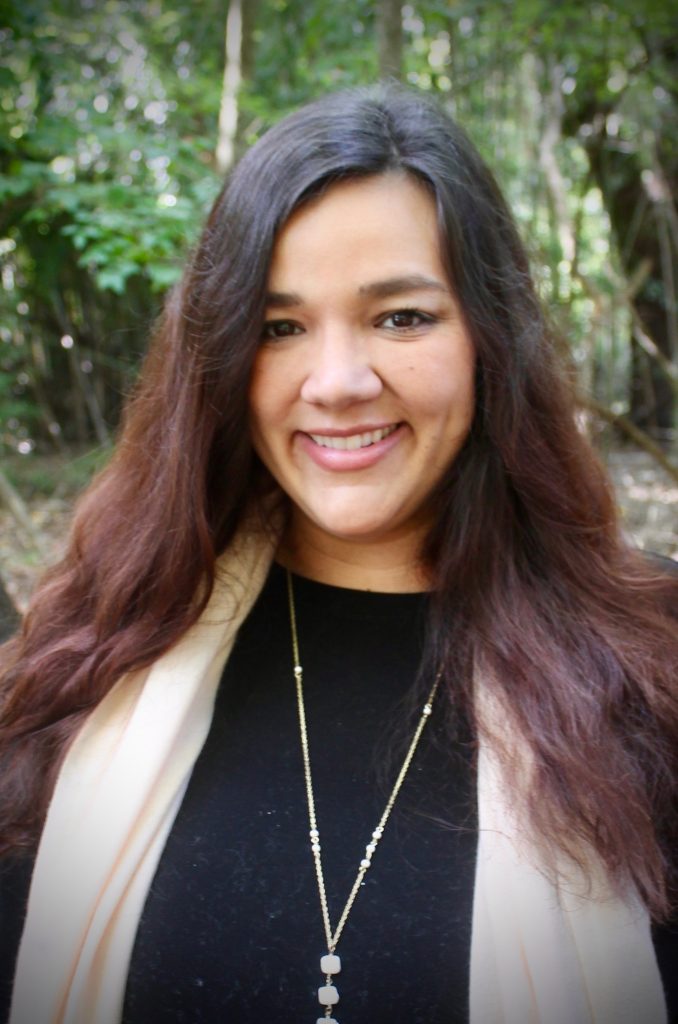 When I started thinking about why I wanted to attend law school, I knew it was to ultimately end up in federal Indian law and policy.  But it was not until I worked in a human rights clinic that focused on gender justice that I realised how integral the anti-violence aspect of this work would become with regards to my own identity. I was a victim of stalking and sexual assault myself, but I had not envisioned going into this field when I was starting out. Now that I am here, I feel that I have found my sisters and that we are doing work we can all be proud of. This work is an incredible responsibility and we all share in that obligation. I look at my position as an opportunity to be a steward of the good work that has always been done in this space, and I take the weight of that very seriously.

Until violence against Native women is eradicated, there will always be a need for a National Resource Center that specialises in gender-based violence from a tribal perspective and with tribal expertise. It is a truly unique area of both law and policy and of the domestic violence movement. We were created specifically to fill that role. Primarily, NIWRC enhances the capacity of American Indian and Alaska Native (Native) tribes, Native Hawaiians, and tribal and Native Hawaiian organisations to respond to all forms of gender-based violence.

Our approach in this work strictly centers on restoring safety to Native women by upholding the sovereignty of Indian and Alaska Native tribes. We seek to achieve this mission in partnership first with Indian nations, but also with national partners, Native organisations, nonprofit tribal/state coalitions, domestic violence advocates, survivors and various federal agencies. But again, our primary goal is to make sure that a sovereignty framework is applied to the response to gender-based violence in tribal communities. If you think about the root causes of violence in Indian Country, which are genocide and colonisation, the remedy to that is to restore to what was taken from us… our sovereign ability to respond as sovereigns.

We have a lot of resources that are available to the general public that are centered on what violence looks like in tribal communities and for urban natives. There is a huge VAW educational gap we aim to fill. Some of this is focused on debunking myths and other widely held misperceptions about American Indians and the violence we experience. In that way, our resources help to dispel prejudice and to elevate the real narratives of Native people. Other resources are heavily focused on the legal aspects of work in the gender-based violence field, and particularly the laws that are unique to Indian Country. We focus on justice responses (both western and traditional), advocacy efforts by grassroots groups, access to resources for survivors and for tribal governments who are focusing efforts on addressing violence in their communities, and on the general historical and ongoing factors that tend to compound the issues Native survivors daily face.

While we do not provide direct services for Native survivors, we do often serve as a resource referral. We do our best to empower the advocates who tirelessly dedicate their lives to survivors, to families, and to their specific communities.

Where we tend to lead in this space (if there is such a thing, because honestly, we are just stewards of the work) is through reform. And while reform work is slower and less visible to the individual survivor, we do push for changes in federal, state and tribal law that help to strengthen the sovereignty of Indian Nations, which deeply affects survivors. We also rely heavily on grassroots advocates who not only do the work of helping survivors, but who also help to inform the policy space. The grassroots advocates and tribal leaders are the experts.

When we talk about domestic violence from a Native perspective, we first remember that violence against Native women is a result of colonisation. It’s not traditional. But we also have to remember that because of colonisation and genocide, the legal systems that were birthed out of those root causes, were always set up in such a way as to fail Native women. We have public law 280, the Major Crimes Act, Oliphant v. Suquamish, and other Acts, legal precedents, and policies which embody a consistent, historical and highly calculated attack on tribal sovereignty. This attack on sovereignty has been detrimental to Native women’s safety. Safety for Native women and tribal sovereignty are completely tethered. Those laws have not only been a degradation of tribal sovereignty, they have also created a complex jurisdictional maze that Native survivors are forced to navigate, and which often leave Native survivors with no remedy.

A particular challenge facing the United States right now is actually how do we elevate tribal responses in this space. How do we restore that sovereignty? Another challenge is how do we truly acknowledge genocide and colonisation and then, to take it a step further, how do we undo what that history has manifested for Native people today. I do not have an answer for that. I think one clear response is a full Oliphant fix, meaning completely restoring inherent tribal authority over crimes occurring on Indian lands.

We also have to look very seriously at the way in which the United States either fulfills or does not fulfill its trust responsibility to tribes. Even though the trust responsibility in one way represents a fiduciary duty that the federal government has with tribal Nations, there is a severe resource disparity that exists in Indian Country. So why does this disparity continue to exist? Why are tribal responses, public safety, victim services, and tribal courts consistently underfunded or not funded at all? A lot of what we educate on with regards to national policy makers, members of Congress, and federal agencies is in regard to this obligation, and in particular with regards to the fiduciary aspect of it.

Our creation story for the StrongHearts Native Helpline evolves from the groundswell of support from Native advocates across the country for the establishment of a national Native resource that understood the unique challenges and barriers to safety and justice that Native victims of domestic violence face. In 2012, leadership of the NIWRC and the National Domestic Violence Hotline began exploring the need for a domestic violence hotline that would be culturally-tailored to support community members from Tribal nations across the United States. After receiving input from tribal leaders, advocates and experts in the field, we began laying the groundwork to develop a Native-centered hotline rooted in an understanding of Native cultures, tribal sovereignty and law.

That vision became a reality once StrongHearts Native Helpline was launched in March 2017. StrongHearts (1-844-7NATIVE) is a culturally-appropriate, confidential and anonymous service for Native Americans impacted by domestic violence and dating violence. Callers can dial 1-844-7NATIVE (1-844-762-8483), Monday through Friday from 9 a.m. to 5:30 p.m. CST, and connect for free, one-on-one, with a StrongHearts advocate who can provide peer-to-peer support and referrals to local Native resources in their community. After hours callers have the option to connect with the National Domestic Violence Hotline or may call back the next business day.

For NIWRC, StrongHearts helps to fill the unmet need for culturally-based supportive services in tribal communities, due to a lack of funding. StrongHearts’ overall goal is to weave together the supports available to victims in Indian Country and Alaska to help Native people find safety and healing and provide a voice for Native victims of violence on a national level.

StrongHearts truly is a collaborative project of NIWRC and the National Domestic Violence Hotline, and StrongHearts staff serve on the NIWRC team. Currently, StrongHearts is expanding and moving to its first national call center headquarters located in the Minneapolis-Saint Paul metro region, in a city called Eagan, Minnesota, which we are very excited about. This is a huge step forward for supporting Native victims of violence in our communities. 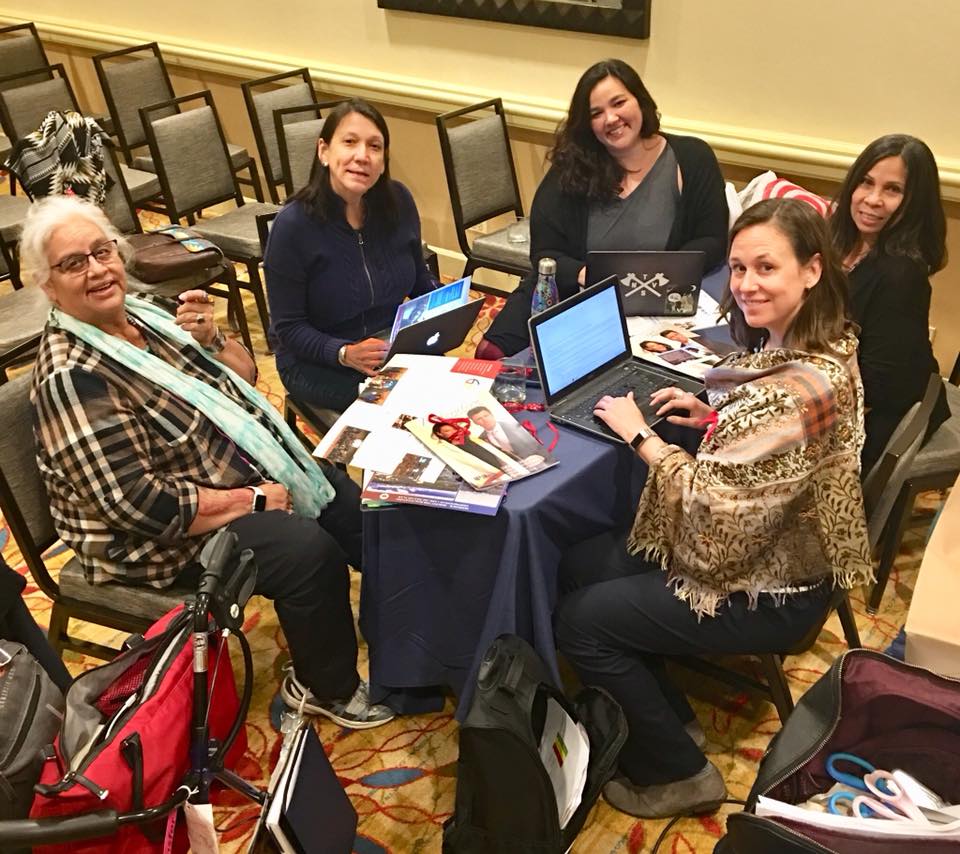