Our 4th 2018 Survivor Stories interview is with Leah Zeiger from the USA.

This interview is courtesy of The Sunflower Project, an organisation dedicated to educating teens about consent and intimate partner violence.

TRIGGER WARNING: The first two Q&As in this interview may be distressing for some Domestic Violence and Rape survivors.

Leah Zeiger is a dancer, activist, writer, and survivor. She founded The Sunflower Project, an organisation that uses dance and other forms of art to help heal survivors of gender based violence. She is the co-director of the documentary Untold – a film about her experience with abuse. Leah has a bachelor’s degree in dance, has performed across the country, and has been a public survivor for two years. In her free time, Leah works on her memoir, cuddles with her dog Bagel, and backpacks through Central America. Learn more about The Sunflower Project, and watch Untold, at www.towardsthesun.org 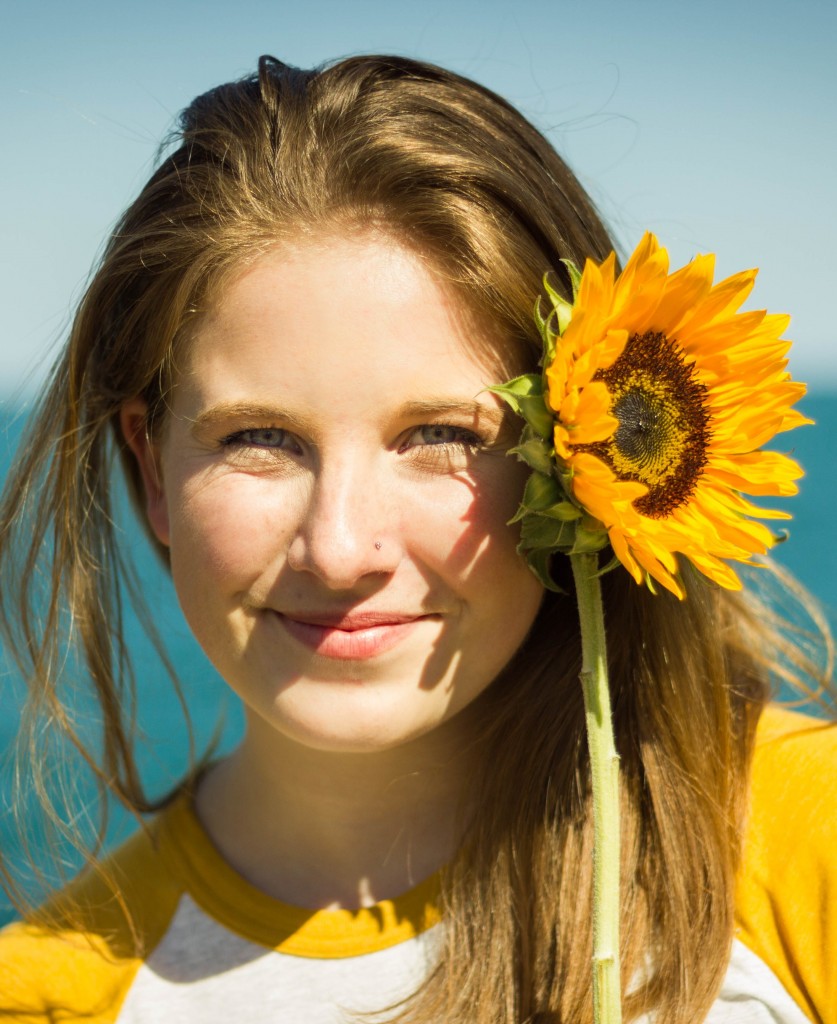 As a fifteen-year-old, I entered into a relationship with an eighteen-year-old psychopath. Clearly, I did not know he was a psychopath until well after our 1 year relationship ended, but that’s beside the point. He became verbally and emotionally abusive within a couple months, physically abusive within half a year, and by the ninth month of our relationship, he had begun to rape me every single night. Once I was able to break up with him, he began to stalk me – physically and electronically. He broke into my house twice, once to read my diary and text me a quote from it, and the next time to stand over me while I was sleeping, and use my phone to text my friends about him, pretending to be me.

Eventually I got a restraining order against him, but the police didn’t take much action until they found him and another man conspiring to break into my house, take out my dad with a bat and chloroform, tie up my mother and sister, rape me, and kill me. After I testified in court for almost two hours, the judge gave him a plea deal of 2 years, which he took, and of which he only served 1 year. I haven’t heard from him since.

After almost a year of being abused, something inside of me shifted. It was as if the veil of manipulation he had so carefully sewn over my eyes had been lifted, and the world looked completely different in that instant. We were talking on the phone that night, and he picked a fight (as he always did), and for the first time in a year I didn’t start to beg for him.

That was what we would do every night – we would fight on the phone, I would end up begging him to stay with me/love me/trust me, etc., and then he would sneak out of his house and into mine, rape me, and leave. I usually woke up to some text about how he had changed his mind and he wanted to break up, and I’d commence the begging for the day, and it would just go around in circles.

So one day, I had suddenly had enough. He said to me: “don’t you want to marry me?” And I said: “No.” It was the most incredible moment, even though it didn’t end the abuse. I had tried breaking up with him six times prior to that day, but that day changed everything.

I didn’t take action. I didn’t heal. I didn’t do any rebuilding for a long, long time. He continued to abuse me and threaten my safety after we broke up, and it took more than a year after the relationship ended for him to be in prison and officially not my abuser anymore. The day he went to prison was the day I became a survivor instead of a victim.

But eventually, I started to dance again. I choreographed a dance called Unnamed six months after we broke up, and that dance became my mantra. I went to college and the idea for The Sunflower Project was born, and then when I turned 19, my dad and I sat down on our couch, with a film crew in the living room, and we had a conversation about my abuse. That conversation turned into the 28 minute film Untold, and now, two years after it premiered at the Chicago Feminist Film Festival, it has been released to the public online.

There’s nothing I can suggest to someone who’s in an abusive relationship. Nothing can change someone’s mind when they are being controlled by someone else. The only way a person can get out of an abusive relationship is when they themselves can make their own voice louder than their abuser’s. That can’t be forced from the outside. That only can come from inside.

That being said, there’s a lot of things I can say to those in and out of abusive relationships, which all really comes down to three things:

And for those who have a friend or family member who is in or just got out of an abusive relationship, I have four things:

I will scream this from the rooftops: THE DAY WE CAN TALK ABOUT RAPE IN SCHOOLS IS THE DAY RAPE BECOMES A RARITY.

One day, The Sunflower Project will be a non-profit that brings programmes into high schools. We will talk about warning signs, about where to get help, about what the words abuse and rape and manipulation really means. We will do so through art. And then we will help survivors survive by giving them the tools to create art and the space to do so.

I will support any project on this planet that gives survivors a voice. I will support people who demand to be heard. I will support those who actually listen. I will never stop telling my story and I will take every avenue I can do do just that.

The Pixel Project is one of many incredibly important organisations that are doing work that shouldn’t have to be done. Giving a voice to survivors is an incredibly powerful gift, second only to the gift of listening to them.