The Pixel Project is proud to present our fifth annual Survivor Stories Blog Interview Project in honour of Mother’s Day 2017. The annual campaign runs throughout the month of May 2018 and features up to 31 interviews with a survivor of any form of violence against women (VAW) including domestic violence, rape, sexual assault, stalking,  online violence against women, female genital mutilation, forced/child marriage, sex trafficking, breast ironing etc. This campaign was created to provide:

Our 5th 2018 Survivor Stories interview is with Barbara Evers from the USA.

TRIGGER WARNING: The first two Q&As in this interview may be distressing for some Domestic Violence and Rape survivors.

People who meet Barbara Evers quickly recognise her talents in communication. Tapping into this strength, Barbara found success in many facets of her life. As a victor over domestic violence, she seeks to help others professionally and personally. Barbara received a bachelor of arts degree in zoology and a master of arts in professional communication from Clemson University. She is a graduate of Christian Communicators and Advanced Christian Communicators and holds several certifications including the Myers Briggs Type Indicator and Coaching Using Multiple Models. She lives in Greer, South Carolina with her husband, two grandchildren, and rescue dog Roxy. 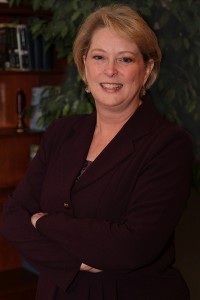 I was date-raped at 17. At the time, the term date-rape didn’t exist. It was years later that a counsellor pointed out that what I was talking about was date rape. At the time, a guy forcing his girlfriend was not unheard of. It was nothing to break up over. I became pregnant and married him. A short while after our daughter was born, the abuse began.

I blamed our financial situation for his stress, giving him the excuse he needed. Since my family had objected to him and our situation, I felt I had nowhere to go. I did not want to admit that they were right about him. Years later, I realised that abusers work to break the bonds of family and friendships in order to manipulate and control the person they abuse.

A few years after I got married, I went back to college and began to feel confidence in myself again. I was always a good student, and my success in class reminded me that I was smart, not dumb like he tried to convince me. He had torn my self-esteem down, so school provided the trigger I needed to regain it.

I made friends with a student who was divorced. He assured me my family would be there for me. This made me remember something my brother said before I got married: “When he hits you, you can come back to us.” At the time I had laughed at my brother’s words.

The violence, over three years, had escalated. Even with these occurrences, it wasn’t until one day when he threatened to drag me out into the woods and kill me that I realised he wouldn’t change. Our financial situation had improved, but the violence continued. I began to realise our finances had nothing to do with it.

My family’s support and my return to school helped a lot. At first, I spent Friday and Saturday nights out drinking with my friends, but after a few months, I quit. The nights out were my effort to get some of the youth I’d lost at 17. I went from being super-controlled by him to trying to be a single, carefree college student. It didn’t take long to realise this wasn’t helping, but school was.

I finished my degree as a single mother of two young children in four years. During that time, I moved back to my parents’ hometown, but I did not move in with them. Plus, I found a church that embraced me and made me feel accepted with the divorce – until then I’d felt like a failure in my faith.

Get out. Don’t stay. If he hits you, it’s not your fault, no matter what he says. He can control it. He just chooses not to control his behaviour. Have an escape plan and trust SOMEONE with the truth of what’s happening. If you have children, get out before you lose them. The cycle of violence will repeat itself in their lives as they grow up if you don’t expose them to a better way of handling anger. If there is something you once knew you were good at, go back to it. Find your confidence again. AND get an Order of Protection!

Until violence against women is treated like a real crime with serious jail time and assistance for the woman until she gets back on her feet, it will be hard to stop it. Don’t set easy bail bonds for abusers. Make abusers register just like sex offenders. Make the list public. Keep the dialogue about abuse going so future generations will know it’s wrong. Form educational programmes that teach civility and proper anger management starting in grade school.

We have momentum in the current #MeToo culture. I support anything that helps people avoid or escape the horrors I experienced.