Our 2nd 2018 Survivor Stories interview is with Julie Owens from the USA.

After surviving domestic violence, Julie Owens left her work in special education to develop domestic violence hospital trainings, an ER crisis team, and a transitional shelter. She later directed domestic violence trauma research at the National Center for PTSD, coordinated domestic violence efforts in a mental health system, counseled substance using victims, and oversaw victim service agencies. She is an expert witness, an expert consultant for the Department of Justice Office for Victims of Crime and the National Human Trafficking Training and Technical Assistance Centers, as well as for Bank of America. Julie has consulted and trained internationally for the Department of State. Her focus is best practices victim advocacy in both secular and faith-based settings. She is married and lives in N.C. Her website is www.domesticviolenceexpert.org 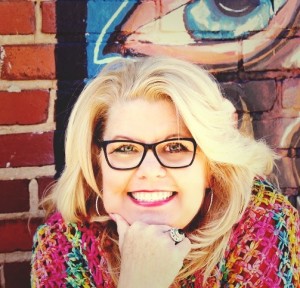 I grew up in a great family and married at 32. My husband was not at all abusive before the wedding but became jealous and verbally abusive on our wedding night. It escalated very quickly to extreme control, irrational jealousy, false accusations, harassment, isolation, intimidation, threats, sleep deprivation, breaking things, and general chaos. I left him after three months of marriage but we reconciled three months later. We saw many counsellors and pastors.

The abuse resumed and got much worse until I filed for divorce later that year. He had begun threatening to kill me and cut my father’s eyes out if I left him. Because he had never hit me, none of the counsellors or other helpers recognised it as domestic violence.

Less than two weeks after separating, he broke into our family home one night and hid, waiting for us. He ambushed, kidnapped and beat me, and tried to cut my father’s eyes out. He stabbed me in the stomach when I tried to stop him from attacking my father.

I did everything ‘right’ but still almost got killed. I separated and filed for divorce but it didn’t stop the violence. He was found, arrested, and sent to prison. He continued to harass and stalk me from there for many years. I spent years intervening to try to keep him behind bars when the system kept letting me down. I had to quit my job and go underground when he got my phone number and called to say he knew where I lived and was getting out of prison. I worked with the system to get him held in prison and sent out of state for his parole, and worked on getting new laws enacted to protect myself and other victims of domestic violence. When he died 25 years later, I finally knew I was really safe.

I was fortunate to have a great family, supportive friends, a wonderful church family (my dad is a pastor) and a good job. The best thing I did was go to a domestic violence support group with other victims and survivors, and then start facilitating them myself. I also saw a therapist. I had major PTSD, and it was cured when I took a full-force self-defence class. It was terrifying to be attacked, but so empowering to learn to trust my body to protect me and deliver a knock-out blow in 5 seconds.

Helping to organise and lead a group of survivor activists was a huge part of my healing. We protested and lobbied and even got a judge kicked off the bench for being unfair to battered women in court. I quit teaching special education and went back to college, focusing on domestic violence. My goal was to start a hospital crisis team for battered women. I trained the doctors and medical staff to identify abused women in the ER and elsewhere, and trained a team of survivors as the on-call counsellors. After that I help start a transitional shelter and then worked in PTSD research and therapy.

Everything I did helped me heal and become empowered and get back the confidence I had lost. I did not date for 25 years but married three years ago when an old boyfriend found me on Facebook. Life has been quite the adventure!

I would say to them this is domestic violence, whether you are being hit or not. It is not your fault, it is against the law and it WILL get worse – more frequent and more severe. Educate yourself about domestic violence. It confusing but there is a lot of know and many myths about it. For instance, your partner’s violence is not caused by mental illness, anger, alcohol/drugs or stress.

There are places where you can get confidential help. Call 1-800-799-SAFE to find the nearest programme. Meet with an advocate to create a safety plan for going forward. Go to a weekly domestic violence support group if at all possible. Domestic violence shelters are different than homeless shelters; they offer everything for free and can really help you and your children, too, if you have any.

Read the books When Love Goes Wrong by Ann Jones and Susan Schechter, and Why Does He Do That? By Lundy Bancroft. These will give you great insight.

Above all, trust yourself, focus on safety and when you must make major decisions, try to focus on your long term best interests, not what will makes you feel temporarily better. It is normal to have anxiety depression, guilt and anger. Trauma therapy can really help. Don’t give up – it gets so much better when you get free and safe!

We need to stop raising batterers! To do this, we need a major paradigm shift in the world, away from domination and coercive control of women by men, to full gender equality and true partnership. Without this, the abuse of women will never stop. We will just be putting Band-Aids on the wounds – treating the symptoms, not getting at the root of the problem, which is the historical domination of women by men. It took me years to understand this, but this is what underpins all violence against women. Achieving gender equality and true partnership will free both women and men, and children, to live fully and freely in peace. It will bring healing to the world and to our planet.

I love The Pixel Project because it is global, creative, inclusive, positive and volunteer-run. By involving both men and women worldwide, representing a wide array of cultures, and using multiple platforms and avenues, it teaches about the enormity of the problem of violence against women and also the value of gender equality. The various projects help model the way the world could be if we work together for peace. Using storytelling, art, music and photos puts a face on global violence against women, and helps project the ubiquity of the violence and also the possibilities for a future free of it.