Welcome to part two of our Inspirational Interview with Noorjahan Akbar, the founding director of Free Women Writers. Noorjahan Akbar is an outspoken and much-lauded women right’s advocate and author from Afghanistan. She has worked with several Afghan and global organisations focusing on women’s empowerment and ending gender-based violence and led nation-wide campaigns and protests in defense of human rights.

Part one of Ms. Akbar’s interview was published on 25 February 2018.

All pictures are courtesy of Noorjahan Akbar and Free Women Writers. Ms. Akbar’s video interview is by One Young World for their 12.01 Project.

6. In your opinion, what are the notable changes and developments in Afghanistan’s approach and attitudes towards violence against women over the years that you have been an activist?

In 2011, when I organised a rally against street harassment in Afghanistan, many members of the civil society were the first to tell me that it was women’s clothing that led to street harassment and only inappropriately dressed women faced harassment. They said this is not a big issue for Afghan women. This was obviously not true; research shows that up to 90 percent of Afghan women in cities have faced harassment. While in 2011, many regarded harassment as a fringe issue impacting a small group of women, today most Afghans would agree that harassment harms a large group of women and it is a security concern for most families. Not just about street harassment, but about many other forms of violence, more Afghans are aware of violence against women and its prevalence today. Perhaps more importantly, more women are reporting violence and the rate of divorce, to seek freedom from violent marriages, is on the rise.

In addition, I believe that the country’s current political leadership has the will to prosecute violence against women. Although even this administration does not have the power and the infrastructure to hold abusers accountable in all cases and it takes more than the leadership to change attitudes and selective implementation of the law in courts around the country, it is important that there is some political will to address this issue. The arrest of seven men for the public beating of a woman in Faryab in February is an example of this. Over time, these arrests – and hopefully prosecutions that follow them – will make it clear that Afghanistan will no longer tolerate violence against women.

7. How do you think men and boys in conservative communities and cultures like Afghanistan can help to end violence against women?

I think men have a moral duty to help ending violence against women. They are also in a higher position of power so they have more influence when it comes to speaking out against violence. I deeply believe that the role of men is to bring about equality first at their own homes. They need to be questioning their families’ harmful practices and traditions and advocate for the rights of their sisters, mothers, and wives.

The vast majority of Afghan women face violence at home and the most brutal forms of violence, rape, physical violence, forced marriage, are inflicted on them based on the decisions of their male family members. Men who claim to love us have a responsibility to change that. I think a big part of that is first and foremost acknowledging that violence against women is an issue and then working towards redefining masculinity and gender roles to make violence unacceptable.

8. Tell us about Free Women Writers’ plans for the future. What campaigns, programmes, or projects do you have coming up in the next 5 years?

Among our main priorities for the coming years are to increase our audio work with radio stations so we can reach women who can’t read and writer (only 13% of Afghan women are literate). We also want to slowly work towards providing opportunities for literacy for women who haven’t been able to get an education. We are a volunteer group with jobs and other responsibilities and we are funded largely by individuals and our own members, so these plans might not be realised soon, but that hasn’t stopped us from being ambitious.

9. How can The Pixel Project’s supporters engage with and support the efforts of Free Women Writers and other Afghan women’s rights organisations and activists to stop violence against women?

First of all, begin with educating yourself. 1 in 3 women around the world has faced physical or sexual violence- that doesn’t include emotional, financial, or verbal violence. We wouldn’t have gotten to this staggering level of violence if we were all a little bit more aware of the extend of violence and its prevalence.

Secondly, start with your home and community. Listen to survivors, believe in survivors and advocate for survivors. 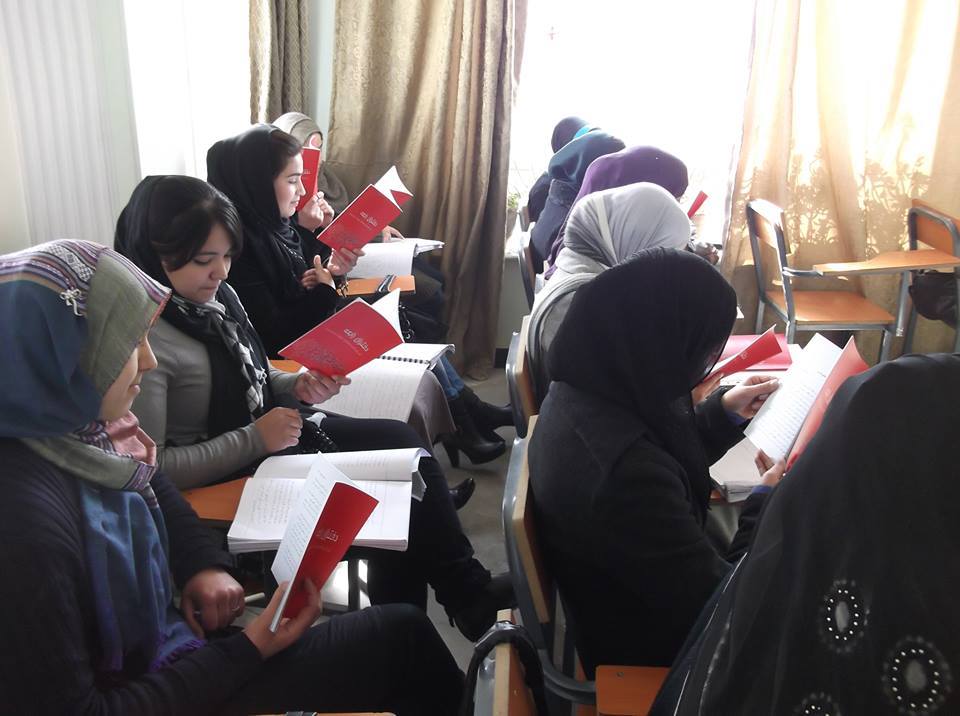