Welcome to part two of our Inspirational Interview with Daisy Coleman and Ella Fairon, two co-founders of SafeBAE, a student-focused, survivor-driven organisation in the United States whose mission is to raise awareness about sexual assault in middle and high schools and student’s rights under Title IX, U.S. federal law.

In this part of the interview, Daisy and Ella discuss what schools can do to prevent sexual violence, SafeBAE’s plans for the future and what boys and men can do to help stop violence against women.

Part one of Daisy and Ella’s interview was published on 26 November 2017.

All pictures are courtesy of SafeBAE. 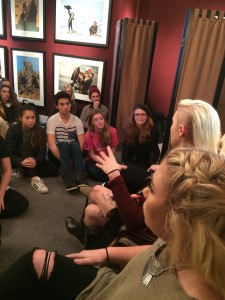 6. What do you think that schools should and can do to effectively prevent and intervene in cases of teen dating violence and sexual assault?

Daisy: First, schools need to admit and acknowledge that it’s happening. No school is exempt, and no community is immune.

Then, they have to seek out early intervention educational tools. Obviously, we recommend ours, but there are so many resources out there, and ideally schools would use a collective of materials.

The most important thing schools can do — to solidify this as something their students really engage in — is to utilise peer-to-peer education.

Ella: With this issue specifically, you want students to feel that this isn’t another science lesson. They need to feel like they have the tools, and that they must lead the initiative for cultural change. They need to be shown the tools to intervene when they see something escalating among their peers, but then they need to truly feel responsible for changing their culture. It can’t just be a lesson plan in a classroom or a one-and-done presentation. It has to be a long-running, ongoing conversation that engages them to make those changes and hold their peers accountable to respect one another.

If these kinds of early interventions were in place, there wouldn’t be any relationship violence among adults because respect would be so ingrained in their culture by adulthood.

Daisy: Well, obviously this isn’t just a women’s issue, even though it’s been treated as one for so long. Men and boys, like everyone, have to hold each other accountable for their actions. We all need to be given the tools to speak up when we see something wrong, like it doesn’t have to be guys punching each other; it can just be distracting from a situation that looks questionable.

8. Tell us about SafeBAE’s plans for the future. What campaigns, programmes or projects do you have coming up in the next 5 years?

Daisy: We are always working to develop new content and campaigns to reach more and more students.  One of the new things we are working on this year is the BAE Breakers Initiative, where we’ve hired high school students from around the country to lead SafeBAE Squads in their schools. They are essentially doing the same thing as anyone launching a SafeBAE Squad at their school, but they are also collecting the crucial data we need in order to get more school administrations to agree to using our materials and they are providing the important feedback we need to help us continue to develop materials. It’s an AWESOME team of students, and we are so excited to be working with them!

Ella: As a film student, director and producer, I am loving that we are producing more materials to reach students. I’m in pre-production now for our next short/educational video about ways to intervene. It’s super current and totally different from what we’ve produced before, so we’re excited to see the impact it will have!

9. How can The Pixel Project’s supporters engage with and support SafeBAE’s efforts to stop violence against women?

Daisy: We cover all the ways to get involved on our site, safebae.org. There’s information there for teachers, administrations, parents, etc. But we are obviously focusing on students and empowering them to change their culture.

Ella: The best way for students to be a part of SafeBAE is to start a SafeBAE Squad at their school. We give you materials and ideas of how to start creating cultural change, fundraisers and ways to wake up your school to the rape culture that is all around us and how to change it.

Daisy: I just want to interject that sexual assault is something that can and does happen to people of all genders. Non-binary and trans people are at even higher risk than women. So we’re about ending sexual violence toward everyone. But I believe that women represent many of the marginalised communities of the world, and we’re on the front lines of violence every day.  The biggest predictor of mass murderers in this country (USA) is their propensity for violence toward women. So when we finally acknowledge that fact and start to address the cultural cancers that allow for the degradation and subjugation of women at the hands of men, we will be able to eradicate violence against everyone.

Ella: The only way to end violence is to educate about it before LONG before children are experimenting with interpersonal relationships. You can start to teach these concepts so much earlier than that! We believe that it starts by introducing young children to the ideas of body autonomy as early as toddlers. When kids understand that they won’t be forced to do something with their bodies that makes them uncomfortable, that’s a message that carries with them throughout their entire lives. So by the time they start dating, it will be so ingrained in them to not do something to someone else’s body that they aren’t okay with and vice versa. 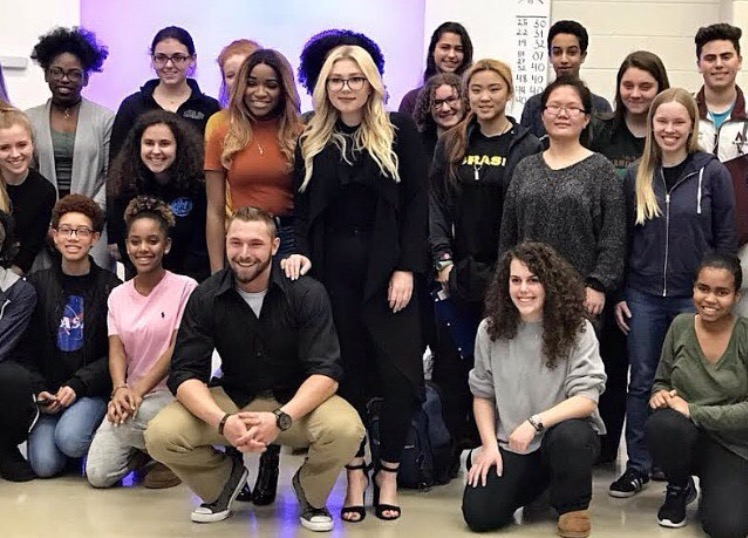