Welcome to part one of our Inspirational Interview with Brynhildur Heiðar- og Ómarsdóttir, Managing Director of the Icelandic Women’s Rights Association.

In addition to managing the Icelandic Women’s Rights Association (IWRA), Brynhildur is an enthusiastic literary critic at RÚV – the Icelandic National Broadcasting Service. IWRA was founded in 1907 and works towards increasing women‘s representation in parliament and the judicial system, combatting gendered wage inequality, making gender studies a mandatory subject in secondary schools, and raising awareness about harassment and violence against women online.

Part two of Brynhildur’s interview will be published on 30 October 2017.

All pictures are courtesy of the Icelandic Women’s Rights Association.

The picture of Brynhildur Heiðar- og Ómarsdóttir is by Gunnar Freyr Steinsson.

1. The Icelandic Women’s Rights Association (IWRA) was established in 1907 “the first formal organisation of Icelandic women focusing its efforts on the struggle for political equality between men and women, as well as demanding equal access to education, political appointments and the workplace.” Can you tell us more about IWRA’s approach towards combating violence against women in particular and how it has developed over the years?

IWRA has, through the years, focused on amending Icelandic legislation to make sure that the rights and dignities of women are guaranteed.

As an organisation, we have never worked directly with survivors of violence. Instead, we pressure authorities to make sure that women are taken seriously in the judicial system and that they have easy access to support, both legal and psychological.

In recent years, IWRA has placed an increasing emphasis on working against online violence. Online violence against women is a direct threat to women’s democratic participation, impacting their participation in online spaces.

2. What are some of the particular challenges that Iceland has faced when tackling violence against women and how has IWRA addressed these challenges over the past century?

Violence against women is an endemic problem in Icelandic society, just as it is everywhere in the world. This violence is rarely prosecuted in Iceland, and convictions are even more rare. One recent report mapped out how rape cases fared in the Icelandic judicial system: Of 189 cases of sexual violence reported to the police in 2008 and 2009, 88 were referred to the state prosecutor, who issued 31 charges against individuals, of whom 23 were convicted. This low conviction rate is even more shocking when we compare these numbers to figures reported by Iceland’s national hospital during the same period, which logged 248 visits from victims of violence.

3. Over the years, what sort of impact has IWRA’s work had on Iceland’s approach and attitudes towards violence against women?

IWRA does not stand alone in the fight for gender equality in Iceland. The women’s movement in Iceland is vibrant and strong, and it is thanks to all the women who came before us that Icelandic society is no longer willing to accept violence against women. The women’s movement in Iceland has been instrumental in building the support network necessary to tackle violence. Our shelters and counseling centers are run by women’s organisations, and changes to the criminal code which deal with violence against women have been spearheaded by women, working both inside and outside the legislative system.

In recent years, cases of online violence against women have been on the rise, not only in the Nordic countries but around the world. Online violence against women limits women’s freedom of expression and participation in the public space. The essence of democracy is the equal participation in political and social processes. By preventing or limiting a group of citizens, in this case women, to express their opinion and voice, we are undermining democracy and hindering inclusivity in both online and offline spaces. IWRA was founded in 1907 specifically to fight for women’s suffrage, to ensure that women can participate in the political process. The fight against online violence is an evolution of this same old fight, to make sure that women can safely and actively participate in the conversations that take place in a democratic society.

I think that is is shameful that it was only in 2015 that large social media networks began taking action against violence against women, and that it took sustained efforts by women around the world to force these companies to take action. We can’t forget that internet companies are private companies, companies which in most cases are very homogenous. The gender ratio between men and women who work in these companies is horrific, women are severely underrepresented. The world wide web and social media networks are social places which have been imagined and engineered mostly by men, and perhaps this is the reason that women are often not safe in these places.

Internet and social media companies need to diversify their workplace, and prioritize the safety of their users, the safety of us who inhabit their online places. I think that the EU had the right idea when it affirmed a person’s right to be forgotten by the internet, forcing Google to comply with requests from individuals to remove specific search results. 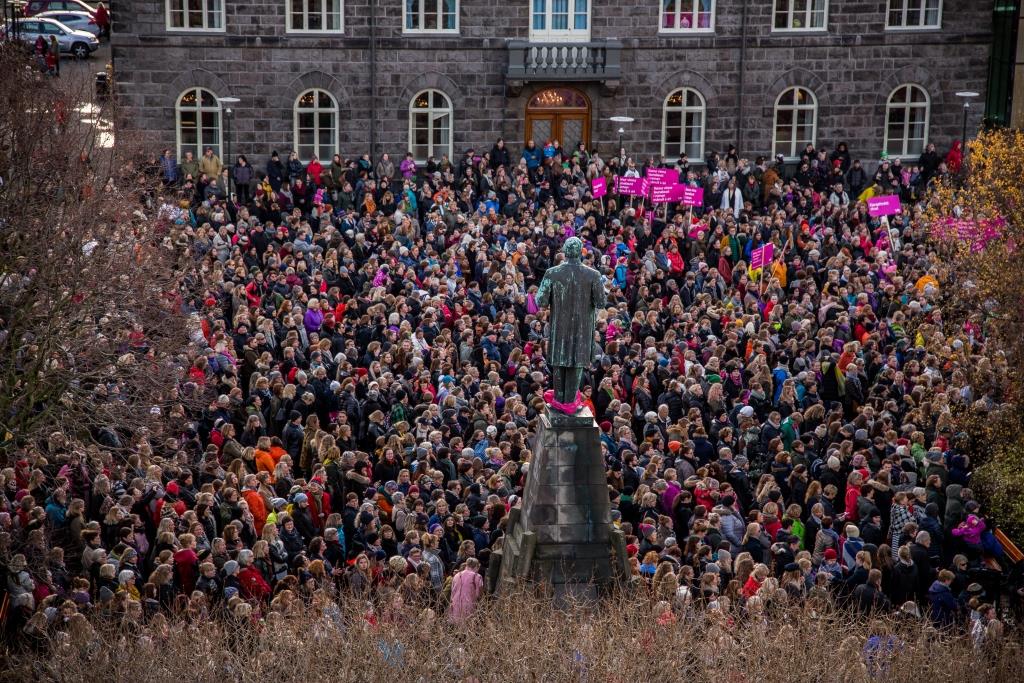