Welcome to part two of our Inspirational Interview with Madeleine Rees, OBE – lawyer, activist, and the Secretary General of the Women’s International League for Peace and Freedom.

Ms. Rees is a lawyer  specialising in discrimination law and women’s rights. From 1998 to 2006 she ran the OHCHR in Bosnia and Herzegovina and moved to Geneva in 2006 to head up their gender unit, moving on in 2010 to become the Secretary General of The Women’s International League for Peace and Freedom (WILPF). She was awarded an Order of the British Empire (OBE) in 2014 for services to human rights, particularly women’s rights, and international peace and security. She was awarded an Honorary doctorate from  Edinburgh university in 2015 and is now a Professor of Practice at the L.S.E.

In this part of the interview, Ms. Rees addresses her work to make the human rights machinery more responsive to and effective at tackling violence against women. She also talks about her work with the OHCHR in Bosnia and Herzegovina from 1998 to 2006.

All pictures are courtesy of Madeline Rees and WILPF. 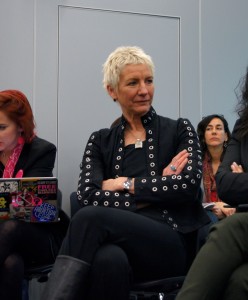 6. One of the aims of your work at Women’s International League for Peace and Freedom (WILPF) is “to make the human rights machinery more responsive and therefore more effective from a gender perspective”. Could you tell us about how you do this and how it applies to the issue of Violence Against Women (VAW)?

We engage with the international mechanisms, using the Treaty bodies, to surface what is happening in national jurisdictions, get recommendations, and then work with partners in country to achieve implementation. It is how the system is supposed to work. In all honesty I cannot say it does! Many states fail to implement, negotiate recommendations from the HRC and are particularly adept at avoiding issues arising from a real gender analysis.

Focusing on the political economy as an analytical framework, we are invested in making economic, social and cultural rights central to addressing VAW. Increasingly this has lead us to examine neo-liberalism, and the impact on human rights and on inequality.

7. When you were the Head of Office in Bosnia and Herzegovina and gender expert for the Office of the High Commissioner for Human Rights, you testified in support of Kathryn Bolkovac, a United Nations International Police Force monitor who exposed the use of prostitutes and participation in sex trafficking by members of the United Nations Mission in Bosnia and Herzegovina. As recently as 2016, there have been reports of similar cases of UN peacekeeping troops perpetuating VAW (particularly sexual abuse and exploitation) amongst vulnerable populations they are supposed to protect. In addition, female aid and development workers have also come forward in recent years to talk about being sexually harassed and raped by male colleagues. What do you think can and needs to be done to address and eradicate the sexual harassment and abuse of women and girls in the UN and other large humanitarian NGOs?

The fact that it is still so very relevant is testimony to an appalling lack of leadership in the UN. The idea that there is some sort of negotiation to be had about accountability for crimes committed, with troop-contributing countries or humanitarian agencies is evidence of how women are treated in these highly militarised contexts.  To solve it you apply the law in simple stages:

That is the framework but again, it is vital that there is serious policy of equality, the creation of a culture which supports that and, above all, the recruitment of men with proven track records on gender equality. The issue core to all of this is that of masculinity which I will discuss below.

8. Tell us about your plans for the future. What initiatives and projects do you have coming the next 5 years in your work to help end VAW?

We have a new strategy:

All of which means we stay true to our founders in combatting militarism as a way of thought and ending inequalities between people and between nations.

In April we brought over 150 women and some men to Geneva to discuss reclaiming the UN as a peace organisation and that gave us confidence that the elements of our strategy are absolutely on point. The outcome of this convening will be on our website soon but we are committed to follow up by holding national and regional convenings to look at the major issues facing women, how to engage with the international systems to make change and how to support and share with each other our experiences and expertise in effecting those changes.

Think of it as using the multiplier effect and crucial to movement building. And we must be a movement…if we are not then we will not achieve our aim of establishing a sustainable, feminist peace.

9. In the meantime, how can The Pixel Project’s supporters engage with and support The Women’s International League for Peace and Freedom?

There is a fabulous feminist saying, which has stood the test of time: think globally, act locally.

Join us! Even if you do not want to commit to being a member then join with us in demanding change. The world is not in a good place, from the environmental destruction we are wreaking to the election of men into power who just really should not be there! 46 ongoing wars, 1.7 trillion spent on weapons instead of addressing education, poverty, climate change….

A simple switch in thinking from militarised security to human security with those resources allocated to realise them and the world would be a different place within a generation – we would see the change. It is possible but it is up to all of us to make it happen.

It will end only when violence is stigmatized by men as well as by women which means we have to work on that fundamental shift in power, what it is, how works and for whom.We have to move away from a system which needs and feeds off the creation of a masculinity which is prepared to do violence.

Put simply, we all have to show more empathy, more trust in our fellow human beings, more kindness, solidarity and a responsibility for protecting our world for future generations. If we can do that then violence against women will, if not end, then be anathema, an aberration which society will no longer tolerate. 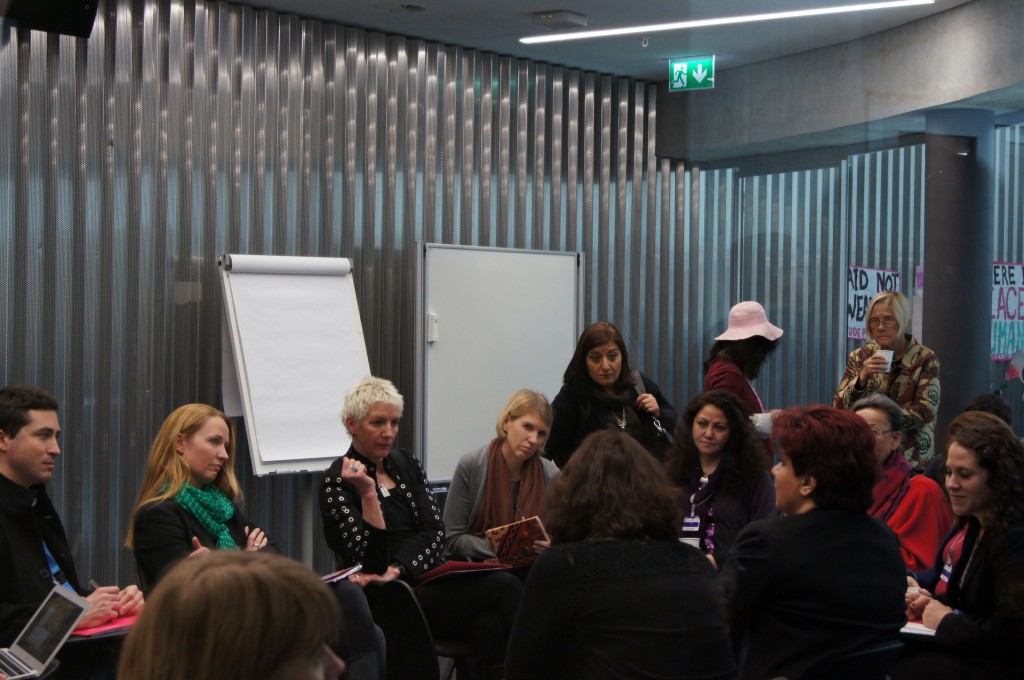