Welcome to part one of our Inspirational Interview with Pragna Patel, a founding member and director of the Southall Black Sisters advocacy and campaigning centre.

Pragna has trained in law and has more than 35 years of experience in advocacy, policy and campaigning work with some of the most marginalised women in British society. She has been at the forefront of key case and campaigning milestones throughout the history of Southall Black Sisters (SBS) and was also a founding member of the pioneering Women Against Fundamentalism. She also has written extensively on race, gender and religion.

All photos are courtesy of Pragna Patel and Southall Black Sisters. 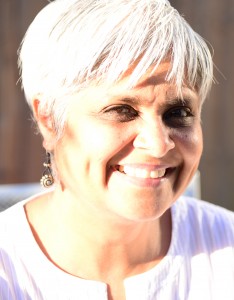 I came to the issue not by design but by accident. I had just set up the SBS advocacy and campaigning centre, inspired by the then law-centre movement with the aim of providing front line advice and assistance to black and minority women. Through my activism, it was clear that black and minority women had nowhere to go in times of distress and were being ignored by state and community institutions.

I had no idea what issues women would present with but within weeks of opening, most women arrived at our door with stories of violence and abuse. This remains the paramount issue and has dictated the direction of all our work over the years. Although we began locally, we now have a national reach. I have been privileged to be part of the feminist movement that has seen significant shifts in mind sets and law and policy on violence against women although we still have a long way to go.

2. Southall Black Sisters (SBS) is a nonprofit established in 1979 to challenge gender-based violence against Black (Asian and African-Caribbean) women including domestic violence, forced marriage, and honour killing. How did SBS come to be founded and why the focus on Black and minority women?

SBS first began in 1979, initially as a campaigning group comprising of African-Caribbean and Asian women. In the midst of intense anti-racist activity, we consciously adopted a black, secular feminist identity based on a shared history of colonialism, racism, and patriarchal control. The absence of the recognition of gender power relations within the anti-racist movement and the absence of an acknowledgement of racism within the white feminist movement had resulted in the invisibility of black and minority women. It was this invisibility which gave rise to the group and others like us.

Our personal and political journey at SBS towards a secular, anti-racist, anti-fundamentalist and progressive feminism have led us to complicate the ways in which power manifests in intersecting ways that create and reproduce inequality and social injustice. We constantly have to ask ourselves: “How can women be free if some women are not?” Or “How can we be truly free if, in the process, we trample on the rights of others?” We have sought to wage simultaneous struggles against both the oppression of women and racism. This has not been easy to do!
3. SBS runs “an advice, advocacy and resource centre in West London which provides a comprehensive service to [Black and minority] women experiencing violence and abuse and other forms of inequality.” Can you tell us more about SBS’s approach and how it has developed over the years?

At the heart of SBS’s approach lies a two-pronged strategy. Firstly, to provide a holistic, front-line service to meet the immediate needs of women for safety, support and access to legal and welfare rights. Secondly, to use the insights gained in doing front line work to inform our grassroots activism and to challenge the root causes of oppression and inequality that give rise to violence against women in the first place.

This involves first and foremost seeking accountability from both the state and community. We cannot do without either part of the strategy since both are needed to empower women, effect real transformation in their lives, and ultimately achieve a redistribution of power. This is immensely difficult to pursue especially in the current political landscape dominated by austerity, racism, and regressive religious identity politics. We are left desperately struggling to hold onto the gains that we have made, let alone push for a more progressive agenda.

4. What are some of the particular challenges that the UK faces when tackling violence against Black, minority, and immigrant women, and how have organisations like SBS addressed these challenges over the past few decades?

Waging struggles for women’s rights within Black and minority communities has been difficult given the worsening economic and political landscape that we inhabit. But what makes matters worse is that issues affecting black and minority women are often ignored or made invisible by some who see themselves as anti-racists and even feminists, who we would expect to be our allies. At worse, many dismiss our struggle for Black female emancipation on the grounds that it fuels racism (or Islamophobia); and at best, it is seen as a distraction from the main struggles against racism, imperialism and state violations of the rights of minorities. There is little or no recognition that Black and minority women are also subject to non-state abuses of power, borne out of traditional patriarchy and, increasingly, religious fundamentalism.

Many women arrive at SBS’s door having experienced violence, abuse, and degrading practices towards them. They have had to endure and challenge harmful practices upheld by “tradition,” or claims to religious and cultural “authenticity.” Their experiences show us that claims to culture and religion are employed to impose and justify control over their bodies, sexuality, emotions, decisions and actions, preventing them from enjoying their fundamental freedoms and human rights, including their right to choice in marriage and sexuality. Therefore by its very nature, SBS’s work addresses issues of multiple or intersectional discrimination, involving the simultaneous experience of race, gender and other forms of inequality.

5. Over the years, what sort of impact has SBS had on the UK’s approach and attitudes towards violence against Black, minority, and immigrant women?

Since the mid-80s, we have led a strident critique of multiculturalism that has also made it possible to challenge state institutions for adopting culturally relativist approaches to issues of domestic violence and harmful cultural practices and for treating minorities not as democratic actors in their own right but as objects of social policy.

For example, from 1990 to 1993, SBS successfully campaigned to challenge the legal definition of provocation in criminal homicide law through high profile cases like that of Kiranjit Ahluwalia. Her case, like that of Zoora Shah, helped to break the silence on domestic violence, which not so long ago was deemed taboo in South Asian communities.

In 2007, we initiated the introduction of the Forced Marriage (Civil Protection) Act 2007 – and helped to formulate statutory guidance on forced marriage and honour-based violence for key statutory services. In 2001 and in 2012, SBS played a pivotal role in the enactment of the Domestic Violence Rule and the Domestic Violence Concession in immigration law, which has enabled thousands of abused migrant women with insecure status to exit from abuse without fear of deportation and destitution. 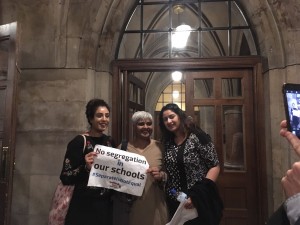