Our 15th Survivor Stories interview is with Hayley Paige from the United Kingdom.

I am a 33-year-old single mother to two incredible daughters, and a domestic violence survivor. Living in the UK, I work from home as a self-employed copy editor and publishing consultant. When I’m not working, I love to spend quality time with my little girls and all of our animals (5 adult and 4 baby bunnies, 2 cats and a hedgehog!) building positive happy memories, and losing myself in a book. I am also a keen writer, with my next fiction due to be published in the winter of 2017. 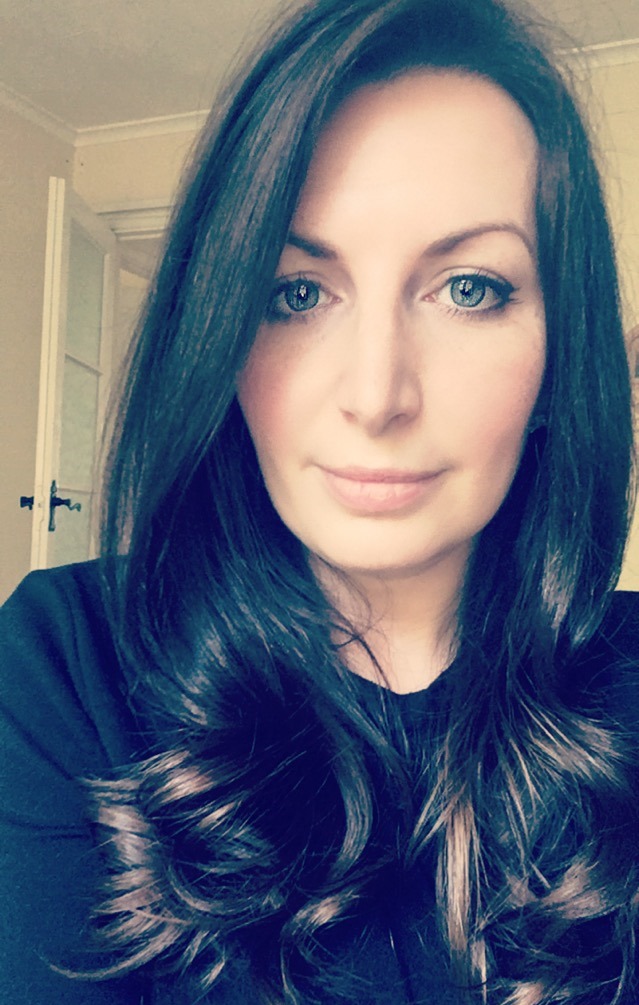 I was a victim of domestic violence who endured mental and emotional abuse for a five-year period spanning 2008–2012. During this time, I was told that my family and friends had shown they didn’t care for me, that any trauma I had experienced was actually nothing, and that I would never find anyone else because I had a daughter from a past relationship. I was body-shamed and made to feel like I needed to improve various aspects of myself.

The physical violence started in August 2008. From this point until I left in December 2012, I was dragged and thrown around rooms, chased and forced to lock myself away or hide, strangled, choked, punched, threatened, thrown around by my hair, spat at, had objects thrown at me, such as a large pepper grinder, and very viciously beaten during a number of sustained attacks. One particular incident in 2011 nearly killed me, and is the only episode of violence I ever reported to police. Others caused miscarriage, a broken wrist, and mental and emotional side effects.

In addition to the violence, my conversations were, at times, recorded on dictaphones (without my knowledge), and I was verbally abused as a result of what I had been ‘caught’ saying.

After marrying and having a baby with him, I somehow managed to further isolate myself and my family by moving abroad. It was during this time that, through various episodes, I found clarity. I was in the most beautiful country and house, with two beautiful daughters, earning good money, and unable to enjoy any of it as a result of fear.

One day, he said something awful to me in front of my then-9 year old. It was the last straw. After speaking to my eldest daughter, I emailed my best friend and sister back in the UK, explained what had been happening, and told them I needed to get back to the UK. I told my husband our marriage was over. He didn’t react, which was commonplace. I knew the tears would come at some point — his tried and tested way of getting me back.

My best friend put me in contact with an estate agent friend of hers who helped me to secure a piece of property. My girls and I then moved into what was a run-down, horrible little house in a bad area of the UK, and we slowly started to free ourselves from fear.

I slowly began to talk to people, to peel back the layers of lies I had told over the years to protect him, and found therapy and healing in discussing some of the worst ordeals with people close to me.

I enrolled in a domestic violence course, which sought to validate victims’ thoughts and feelings surrounding incidents, especially those viewed as ‘trivial’, and which taught how to identify negative behaviours should another man ever be in my future.

I accepted the help of Victim Support services and had my property ‘hardened’ with locks, alarms and a police marker to help us to feel protected.

I focused my time and energy on my daughters, on healing their wounds, on building precious memories that would go some way to masking over the difficult ones. I sought counselling for myself and my eldest daughter, and I reconnected with friends and family I had become estranged from.

I slowly started to love myself, despite the flaws he had made me see. And, with time, I began to recognise that the way he had behaved was nothing to do with me but was all to do with him.

Leave. Make plans to leave now. Do anything; start the ball rolling. Squirrel a little money away, make a phone call when you’re safe to do so, reach out. Don’t stay. I know he cries and he begs and pleads. I know he says he’s sorry, and you love him so he knows how to make you forgive him. But don’t stay. It’s a never-ending circle. It won’t get better, not until you leave—and then I promise you, it will.

And yes, your children deserve a family. But not this one. A bright, safe, happy one, without fear.

The fear surrounding leaving is probably the most worrying thing but also is a fear that is far greater than actual reality. As soon as you start seeking help and putting in place a plan to leave, your support network will grow and you will find courage. There is strength in numbers.

Through education, through speaking out, through the sharing of stories. Through listening without judgement; by stopping the blame culture.

I believe children should be educated from a very young age as to what is and isn’t acceptable. Any kind of hurt isn’t acceptable in any kind of relationship, romantic or otherwise —  physical hurt, emotional hurt, psychological or mental. We need to teach that negative behaviours don’t show love.

The Pixel Project helps women of domestic violence to feel like they’re not alone — because they’re not. It shows, in various ways, that any behaviour we have put up with or excused isn’t acceptable. And to be told that is empowering.