Our 10th Survivor Stories interview is with Trisha Williams from the USA.

Born and raised in Trenton, New Jersey, Trisha Williams is a survivor of domestic violence, a Christian, a writer, and a wife, mother and grandmother dedicated to her community. Despite being diagnosed with a host of nerve conditions due to domestic violence, she leads a busy life. After leaving her job at the Department of Labour, Trisha reinvented herself and began a successful career in writing fiction; she has published 6 novellas and a Christian stage play for teens. Trisha recently became vice president of Purple Hightops N Stilettos, a group leading the fight against domestic violence based in Las Vegas. 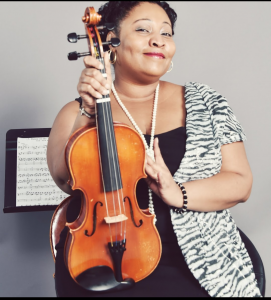 When I was 24 I met someone who I thought at the time was a real man. We moved in together too soon after we began dating, together with my two little girls and the youngest two of his four boys.

He had total control of our lives from the beginning. What I didn’t realise when I thought we were falling in love was that he was actually isolating me. Unreasonable domestic responsibilities were demanded of me and I was not allowed to go anywhere without him. His insecurity, jealousy and drugs became unbearable.

Verbal threats followed, then physical abuse (me only) as a form of discipline. After each incident he would apologise and tell me how it was us against the world, and it would be my fault if his boys ended up in gangs because I deserted them.

Too ashamed and far removed from my family, I kept it all a secret and after 6 years I became pregnant. I gave birth prematurely after he pushed me down a flight of stairs. He acted in love with me again but when the baby was 1 month, he started fighting me again. I love classical music and I play the violin so I’d play for the baby but any interest I had infuriated him so he pawned my precious violin.

I escaped to a safe haven the next day.

I asked permission to go to the store. I left out of the apartment door, then went down a fire escape with one kid on each hip.

Through thorough counselling and prayer.

I stayed at Women Against Abuse in Philadelphia for 30 days in 1994 and Womanspace in Trenton, New Jersey in 1995. The advocacy provided helped me learn my worth and begin to open up to other survivors, which was a tremendous help.

When I was at Womanspace, the advocates had me attend Group. During these times, opportunities arose where stories were shared that profoundly impacted my outlook, mostly because of similarities in our stories and patterns I wasn’t aware of, such as the onset of isolation, the stigma of keeping abuse a secret from those close to me, the guilt that I didn’t leave sooner with my children, and especially the ‘honeymoon’ phase where things seemed rosy.

It wasn’t until then I could really see the full circle of violence. Over time, in Group, I found my voice. So my advocacy stemmed from sharing resources, learning statistics and waving warning signs. If not for Group, I would have been ashamed of it, taking it to my grave.

It’s been 20 years, but I can identify these signs easily now and advise young people.

Join and collaborate with other survivors and domestic violence organisations. If your community doesn’t offer one, start one.

Americans need to keep writing to Congress to stay on top of domestic violence laws and provide funding for continued advocacy programmes.

Because nobody should have to suffer the ravaging effects of domestic violence. Nobody.