I am a film producer with a post-production studio based in Kuala Lumpur, Malaysia, and a very happy father blessed with twin daughters (aged 13) and a boy (aged 11). Life is a juggling act of priorities, but in the end, it’s all about the children! 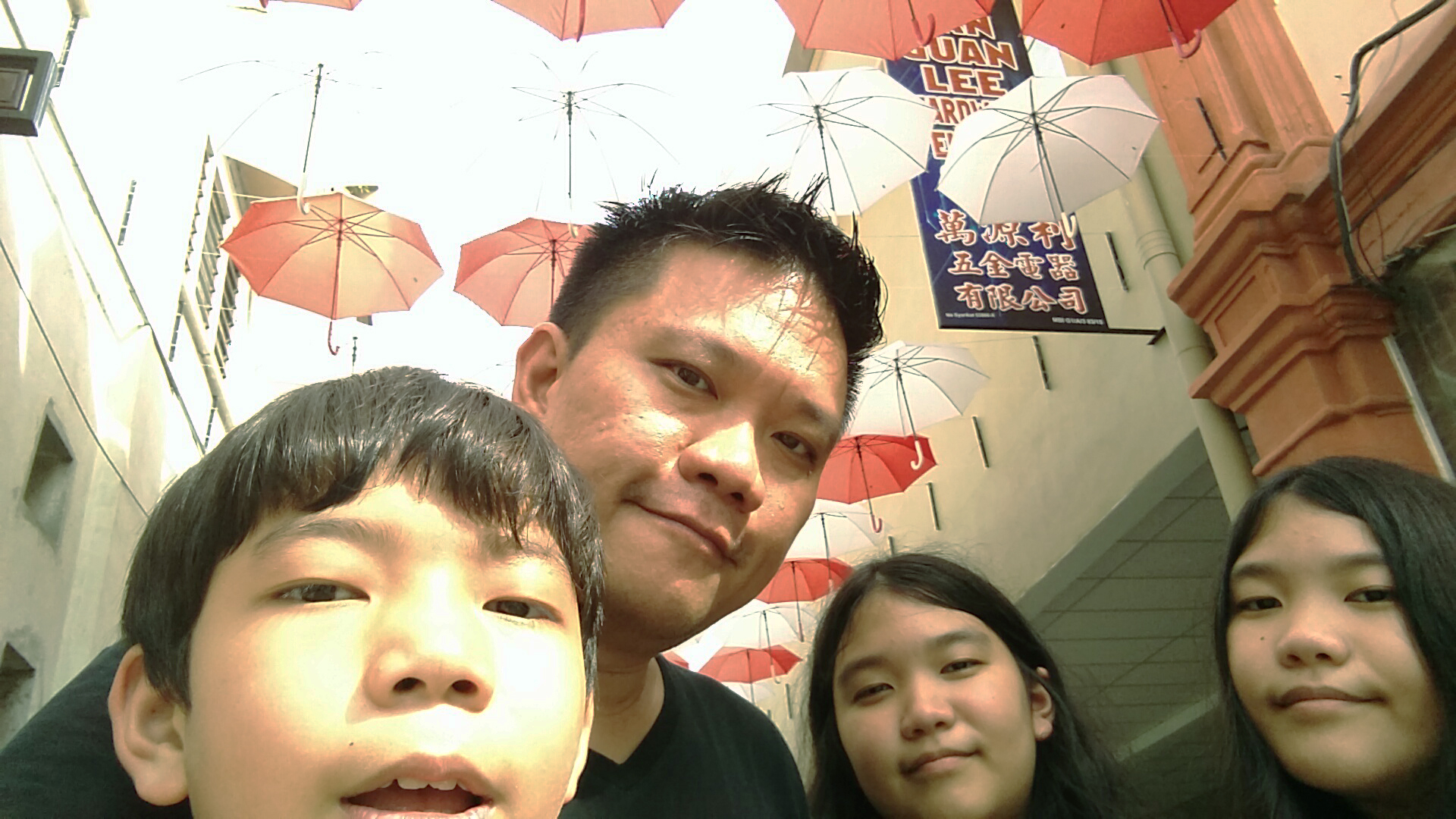 I have to say it is the most amazing experience I’ve ever had and it makes me feel so privileged. I think the best thing about being a Dad is to watch your children grow to become individuals, not extensions of yourself. Their own growth, understanding and interaction with the world will frequently surprise and astound you.

That said, you are tasked to raise them, be there for them and minimise your own screw-ups – and that’s the biggest challenge about this job. I know I’m flawed but I guess like countless parents before us anywhere in the world we do the best we can. I don’t think I’m the best Dad, but being a Dad has brought the most meaning to my life.

I think generally the fathers of my father’s generation were more focused on providing for the family and general upbringing to make sure we weren’t total failures. The soft touch, including deeper communication, wasn’t as prevalent. For some of us, personally, the answers to the questions of attitudes, issues and nuances of both male and female relationships, had to be found elsewhere, in the school of hard knocks I guess. Hopefully we didn’t screw up!

Today we see a lot of content online, and in film, TV and games that feature sexist attitudes towards women and girls – material now easily accessible to our children, no matter how hard we try to manage their access. We can shield them till they’re 35, or we can just accept that they will someday encounter such situations, and we should be ready to help them. My personal approach in such situations is to convey the context of what they’ve encountered and the merits of such context and situations, and at the same time, impress upon them that sexist attitudes and violence against girls and women are simply unacceptable. I tell them that if they were to adopt such attitudes, they will become lesser beings and the only people who will lose out in life will be themselves.

While it’s important to specifically address violence against women, I think positioning this issue as stopping violence against human beings is the best approach for this young generation. I think that, at a parental level, both mums and dads can help children, even when they are young, to stop the cycle of violence in the next generation by standing up to school or neighbourhood bullying, for example, or identifying instances of prejudice and bigotry when it happens, befriending those who are disenfranchised or victimised, and providing compassion and confidence. In short, we should arm our kids with actions they can take, with supervision appropriate to their age, and know that they can already make a difference.