Our ninth 2016 Survivor Stories interview is with Elizabeth Switaj from the USA and The Marshall Islands.

Elizabeth K. Switaj is a survivor of intimate relationship violence. She currently teaches literature, creative writing, and composition at the College of the Marshall Islands on Majuro Atoll, Marshall Islands, where she lives with four formerly feral cats, including one with twisted back legs. She is the author of literary guide James Joyce’s Teaching Life and Methods and a collection of poems, Magdalene & the Mermaids. In 2012, she completed her PhD in English at Queen’s University Belfast. In 2015, she ran her first marathon in Honolulu and, this year, she completed the PADI Open Water course (a beginning SCUBA certification). 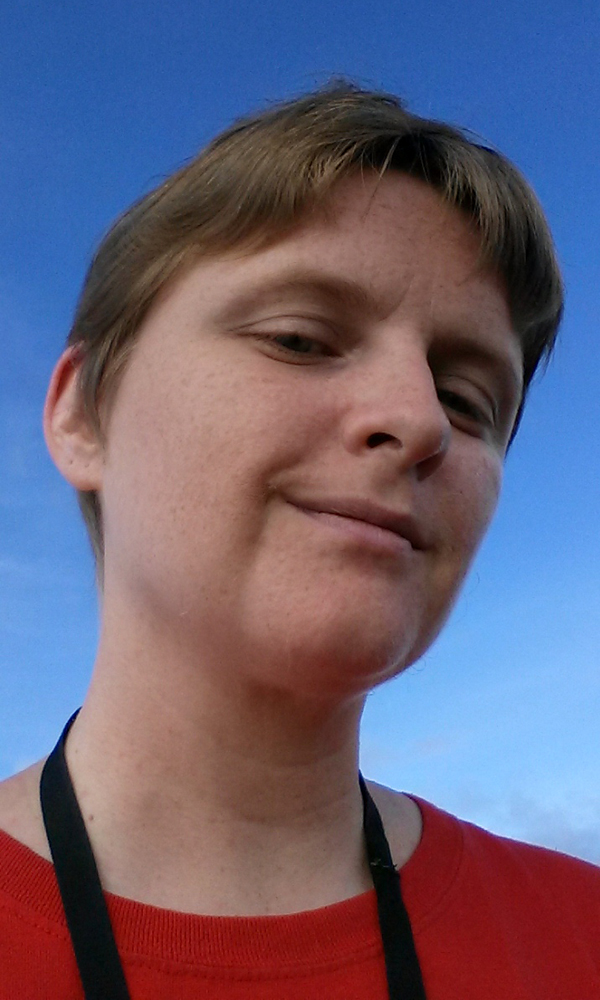 When I was 26, I was lured to New York City by a man who I now believe was a sociopath. Of the abuse he enacted on me, the easiest part to talk about was the rape — the one that happened when I was sick and couldn’t physically fight him off after I said no. What was harder to talk about was the gradual wearing me down through emotional abuse, the occasional drugging and the sex when I was in no position to consent.

I left the country. I got a job teaching at a college in central China and boarded an Air China flight at JFK. I had only been in NYC for 11 months. I didn’t tell anyone until a few weeks before I left. I was such a wreck I didn’t even learn how to pronounce the name of the city I was headed to (Zhengzhou) or weigh my luggage ahead of time. I ended up being one of those people frantically moving things from suitcase to suitcase at check in. Fortunately, the agent was incredibly helpful; I think she even waived a few fees. I wonder how much she perceived.

It took a long time, longer than it needed to. Distance helped me rebuild, but I had some unhelpful ideas about what healing meant. I thought I had to have a lasting, healthy relationship to be whole, so I threw myself into situations that, while not as outright abusive, were certainly toxic, and I clung to people who were not good for me.

A therapist helped me see that what I had achieved in other areas of my life — publishing a book of poetry that used mythological figures to explore what had been done to me, enrolling in a PhD programme (since completed) — signified healing. I’ve written, too, about why forgiveness isn’t a necessary step in healing.

The key, for me, was not to try to ignore or close the wound, but to use it, to claim it, and to transform it into my work. There is, however, no one way to heal. Each of us has to make her own path.

Get as much distance as you can between you and your situation, as fast as you can. Leaving the country won’t be an option for everyone, but moving to a different city, or even a different neighborhood can help. It isn’t just about escaping a dangerous person; it is about giving yourself the space to think.

Don’t count on mutual friends or acquaintances to help you, even if they reveal that your abuser has done similar things to them. He wasn’t able to charm and control you because of something wrong with you. Others may be under the same spell.

Finally, find something that gives you hope, no matter how small or unimportant it may seem. For me, it was watching Seahawks games. Super Bowl XL was stolen from them about two months before I moved to NYC, so my connection to the team became intensely personal. That they kept going through the highs and lows meant that I could too.

We need better education about what healthy relationships look like. When I say education, I’m not referring only to formal in-school lessons, but also to media narratives. As an academic, my specialisation is pedagogy in literature. If the experimental texts of High Modernism can teach readers how to understand them, then surely texts can show us how to have relationships without violence and how to recognise and escape toxic situations.

I first learned about The Pixel Project when I was a senior editor for a feminist blog, Gender Across Borders. While it has many worthwhile aspects, what I appreciate most is its educational focus using online channels including social media and the emphasis on male role models (because ending violence against women is everyone’s responsibility).